The thyroid is a pivotal organ in the human body, being a butterfly-shaped gland situated at the base of the front of the neck and windpipe i.e. trachea, which performs numerous key functions. These include regulating metabolism i.e. conversion of food into energy, enhancing brain development, fostering strong bones and joints, preserving heart functions, controlling muscle movement and supporting the digestive system. The thyroid gland carries out these bodily tasks by producing and releasing two thyroid hormones into the bloodstream – triiodothyronine (T3) and thyroxine (T4). Since the thyroid gland is responsible for crucial operations in the human system, the production of the two thyroid hormones T3 and T4 is also highly regulated and is controlled by a central hormone known as the thyroid stimulating hormone (TSH). TSH is also referred to as thyrotropic or thyrotrophin. 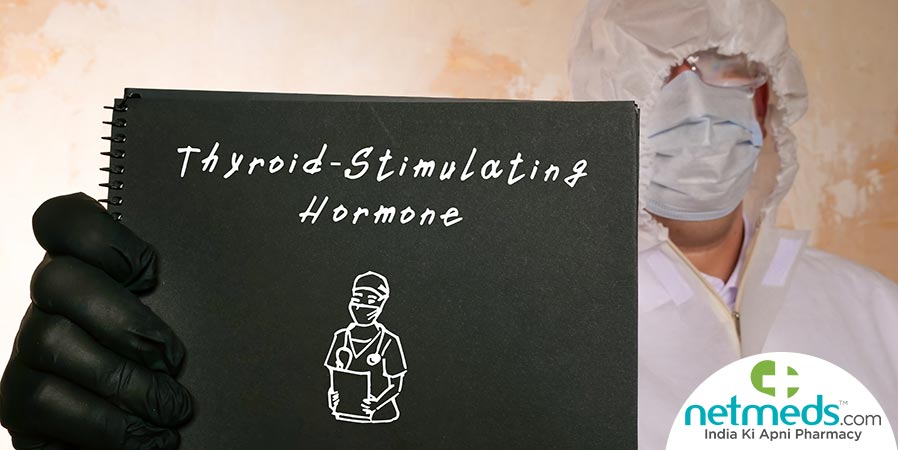 The thyroid stimulating hormone is synthesized and released into blood circulation by the pituitary gland, a small pea-sized gland located at the base of the brain below the hypothalamus. TSH exerts its effects on the generation of the thyroid hormones – T3 and T4, by binding to receptors present on cells in the thyroid gland and stimulating them to release triiodothyronine and thyroxine for the body’s metabolic requirements. The proper functioning of the TSH, as well as secretion of T3 and T4 is very essential for healthy thyroid operations, as low or high levels of thyroid hormones can lead to several ailments including hypothyroidism, Graves’ disease, thyroid nodules, goitre, thyroid storm and hyperthyroidism.

The Thyroid Stimulating Hormone And Its Structure:

The renowned American scientists Bennett M. Allen and Philip E. Smith were the first to confirm that a thyrotropic substance i.e. a compound influencing the activity of the thyroid gland, was released by the anterior pituitary gland, in the year 1916. Following this, numerous researchers delineated the structure of the thyroid stimulating hormone, as well as established lab protocols for the chemical isolation and extraction of TSH, from the 1920s to the 1970s. Furthermore, in the 1980s and 1990s, several publications highlighted the functional aspects of the various protein subunits of TSH.

The thyroid stimulating hormone controls the production and release of the two thyroid hormones – Triiodothyronine and Thyroxine. These thyroid hormones play a vital role in several bodily mechanisms and actions, such as:

When the levels of TSH are lower than normal, a plethora of symptoms arise in the body. These consist of palpitations, sudden weight loss, excessive body heat, anxiety and in some cases, an enlarged thyroid gland.

This eventually triggers an overactive thyroid known as hyperthyroidism and treatment involves prescription oral medications which suppress thyroid gland activity and regulate the levels of T3, T4 and TSH in the body.

Higher than normal levels of TSH imply that the production of the thyroid hormones T3 and T4 is reduced, thereby indicating an underactive thyroid gland or hypothyroidism.

Typical symptoms comprise feeling lethargic and tired often unusually high levels of fatigue in the body, besides undergoing sudden weight gain and a chill sensation in the system. This condition is treated with prescription medications taken in the form of tablets that bring down the elevated levels of TSH and normalise the functioning of the thyroid gland.