Spicy Food, A Big ‘No’ For Gastritis

Don’t ignore pain and discomfort post eating. What may start out as gastritis, could lead to stomach cancer if left untreated. Gastritis is an inflammation (swelling) of the stomach lining causing irritation and uneasiness. It can be both acute (mild/common) and chronic (severe/rare). 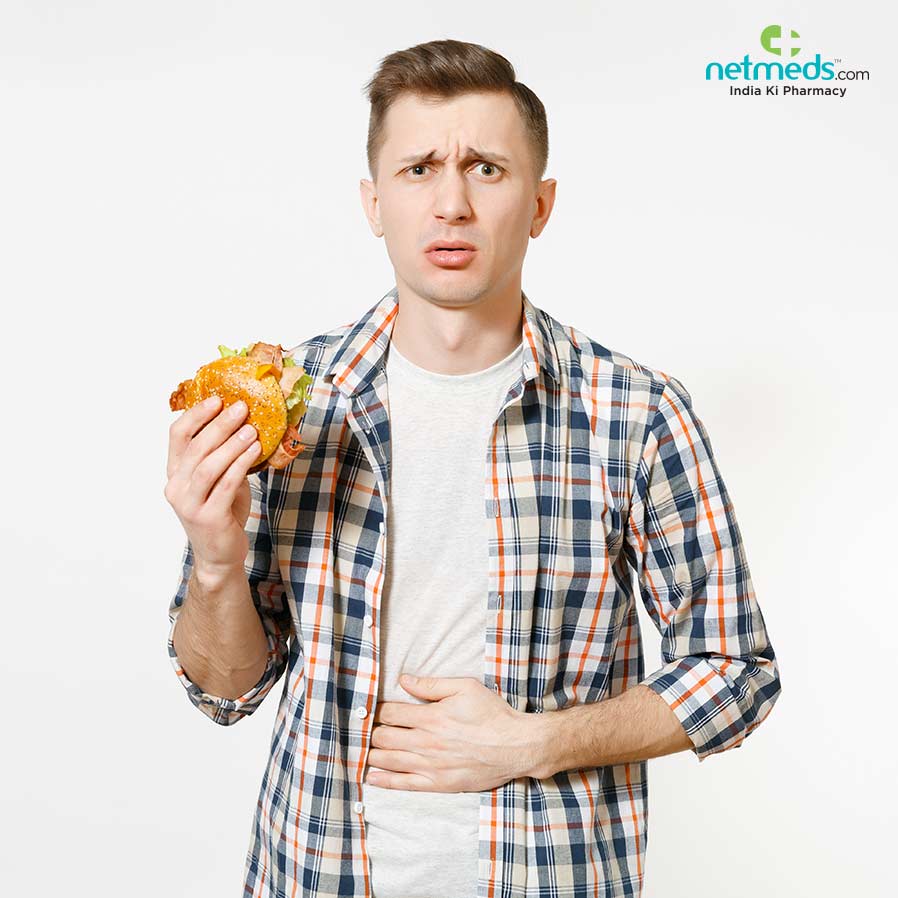 Gastritis can occur because of multiple reasons, such as:

Bacterial infection: Helicobacter pylori or H. pylori is a bacterial species residing in the inner mucous membranes of the stomach. This bacterium is the most common cause of stomach ulcer which can also cause stomach cancer if remain untreated.

Bile reflux: a bile backflow into the stomach through the bile duct can be a reason for gastritis.

NSAIDs: non-steroidal anti-inflammatory drugs can induce gastritis. These medications are used for treating arthritis and muscular pains, however, can affect the protective mucus lining of the stomach, causing inflammatory effects, and ulcers.

Other factors:  In some rare cases, stress (physical or mental) can induce gastritis.

But, the reason why stress leads to gastritis is still not known. Autoimmune reactions, alcohol consumptions, age, viral infections like HIV, Crohn disease, and plastic infections are among other factors that can cause gastritis.

The signs and symptoms of gastritis include:

Pain in the abdominal region

Uneasiness and stomach inflammation after meals

Gastritis can be easily diagnosed over a simple blood test, stool test, or through endoscopy. It can be treated with antacids, H2B, and PPI drugs. To avoid gastritis condition, changing a diet plan is recommended which includes a big no to a spicy meal. Also, lactose and gluten-free dietary habits are suggested for a healthy stomach.