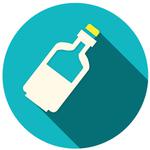 DOMPERON SUSPENSION contains Domperidone which belongs to the group of medicines called Dopamine antagonists. It is used to treat nausea (feeling sick) and vomiting (being sick).

Nausea and vomiting are not a disease but symptoms of different conditions such as infections, food poisoning, motion sickness, overeating, blocked intestine, migraine, indigestion and many more.

DOMPERON SUSPENSION has an anti-emetic property which acts by blocking a chemical messenger in the brain called dopamine, that transfers information through nerve endings. DOMPERON SUSPENSION functions by inhibiting the muscle contraction that occurs naturally in the digestive system and enhances the peristaltic movement in the food pipe which helps in facilitating the digestion time faster, this causes calming down effect, thereby relieving nausea or vomiting sensation.

SIDE EFFECTS OF DOMPERON SUSPENSION

Dry mouth can be managed by chewing sugar-free gum or sucking on sugar-free hard candies to stimulate the flow of saliva. Sip water at regular intervals of time. Do not use mouthwashes that contain alcohol because they can be drying. Consult your physician for advice.

Drink lots of fluids, such as water or fruit juice to keep yourself hydrated. Do not consume any medicine on your own without consulting your doctor. Ask for your doctor’s advice if diarrhoea doesn’t improve.

Try to take rest and don’t involve yourself in exertive activities. Rest in a quiet and dark room. Apply a pain-relieving balm on your forehead. Ask for your doctor’s advice if the headache doesn’t improve

Take adequate sleep. Do not involve in rigorous activities. Do not interfere with your sleep cycle. Talk to your doctor if the drowsiness doesn’t improve.

Hot water makes your skin irritated, so avoid taking hot showers. Do not scratch the affected area. Use sunscreen and protective clothing when outdoors. To soothe and hydrate the irritated skin, apply moisturizers. Contact your doctor if itching worsens.

DOMPERON SUSPENSION should be used with caution in pregnant women. Consult your doctor before taking it.

DOMPERON SUSPENSION does not affect the ability to drive or use machines.

DOMPERON SUSPENSION should be taken with caution in patients with kidney problems such as kidney impairment or kidney failure. Your doctor might consider adjusting your dose. Consult your doctor before taking it.

DOMPERON SUSPENSION is not recommended for use in patients having moderate to severe liver diseases such as liver function impairment or liver failure. Consult your doctor before taking it.

Do not take DOMPERON SUSPENSION if you are allergic to Domperidone or any other ingredients present in it.

DOMPERON SUSPENSION is not recommended for use if you:

Before taking DOMPERON SUSPENSION, inform your doctor if you are taking any of the following medicines:

If you or anyone else accidentally took too much of this medicine, consult your doctor immediately. The symptoms might include feeling sleepy, confused, uncontrolled movements of the eye and tongue and abnormal posture (like a twisted neck).

What is DOMPERON SUSPENSION and why is it prescribed?

DOMPERON SUSPENSION contains Domperidone which belongs to the group of medicines called Dopamine antagonists. It is used in treating nausea and vomiting.

How long can I take DOMPERON SUSPENSION?

Can I take DOMPERON SUSPENSION with antibiotics?

Does DOMPERON SUSPENSION cause heart problems?

Does DOMPERON SUSPENSION cause dry mouth?

Yes, DOMPERON SUSPENSION can cause dry mouth. Dry mouth can be managed by chewing sugar-free gum or sucking on sugar-free hard candies to stimulate the flow of saliva. Sip water at regular intervals of time. Do not use mouthwashes that contain alcohol because they can be drying. Consult your physician for advice.

What is the best time to take DOMPERON SUSPENSION?

Directions to use
Always take this medicine exactly as prescribed by your doctor. Shake well before use.