Writer's Cramp: A Rare And Sudden Cramp On Your Muscles

Writer's cramp is best characterized as focal dystonia ( a movement disorder) of the fingers, hand, and/or forearm. The brain sends incorrect information to the muscles, causing involuntary, excessive muscle contractions. These signals can make your hands twist into odd postures.

The symptoms usually appear when a person is trying to do a task that requires fine motor movements, such as writing or playing a musical instrument. Its symptoms may be isolated to only those tasks or affect the muscles in a more general way and spread to affect many tasks. 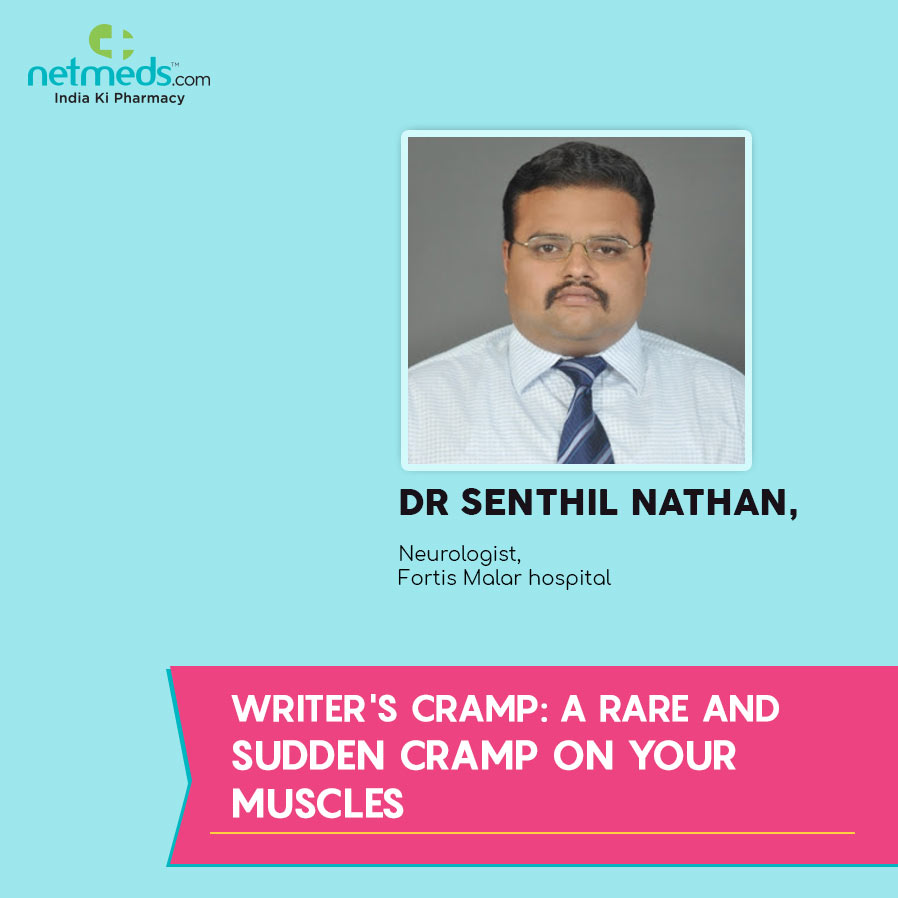 Two basic types of writer's cramp are simple and dystonic. People with simple writer's cramp have difficulty with only one specific task. For example, if writing activates the dystonia, as soon as the individual picks up a pen or within writing a few words dystonic postures of the hand begin to impede the speed and accuracy of writing. In dystonic writer's cramp, symptoms will be present not only when the person is writing, but also when performing other activities, such as shaving, using utensils, applying make-up and similar activities.

What Are All The Symptoms And Causes Of This Disease? And What Causes This Condition And Who’s At Risk?

Common symptoms include, for example, excessive gripping of a pen or utensil, flexing of the wrist, elevation of the elbow, and occasional extension of a finger or fingers causing the utensil to fall from the hand. Sometimes the disorder progresses to include the elevation of shoulders or the retraction of the arm while writing. Tremor is usually not a symptom of writer's cramp. The symptoms usually begin between the ages of 30 and 50 years old and affect both men and women. Cramping or aching of the hand is not common. Mild discomfort may occur in the fingers, wrist, or forearm. A similar cramp may be seen in musicians as the violin is bowed, in certain athletes such as golfers, or in typists.

Writer's cramp may occur with no family history. Cases of inherited writer's cramp have been reported, usually in conjunction with early-onset generalized dystonia, which is associated with the DYT1 gene.

What Treatment Options Are Available?

No single treatment strategy is appropriate for every case of writer's cramp. One of the most effective methods is adapting tasks to try to avoid triggering the dystonic movements. This may involve occupational therapy or using assistive/adapted devices. A multitude of oral drugs has been studied to determine benefit for people with writer's cramp, but none appear to be uniformly effective. About 5% of people's symptoms improved with the use of anticholinergic drugs, such as Artane (trihexyphenidyl), Cogentin (benztropine).

Botulinum neurotoxin injections into selected muscles are helpful in treating writer's cramp, especially when a significant deviation of the wrist or finger joints is present. Although this treatment is not effective for all people, significant improvement in writing and reduction of pain is seen in at least two-thirds of those persons treated. Complementary therapies may be explored, and if the pain is present regular relaxation practices may benefit an individual's sense of overall well being.

How Is This Condition Diagnosed?

Diagnosis of writer's cramp is based on information from the individual and the physical and neurological examination. At this time, there is no test to confirm the diagnosis of writer's cramp, and in most cases, laboratory tests are normal. The hands can be affected by many conditions. Arthritis, tendon problems, and muscle cramps can all cause pain in the hands. Carpal tunnel syndrome is the result of nerve compression. Writer's cramp is often mistaken for over-use conditions. Over-use syndromes or repeated-use syndromes are usually characterized by pain, whereas the writer's cramp is more likely to cause problems with coordination. Focal hand dystonia is responsible for only about 5% of all conditions affecting the hand.