World Salt Awareness Week is an annual event that is observed this year from 14 – 20 March 2022, to spread awareness about the harmful practice of massive salt consumption across the globe and achieve the primary mission to gradually decrease salt intake and improve the overall health of the world’s population. This worldwide health initiative was inaugurated in the year 2005, when the reputed global healthcare group – the World Action On Salt, Sugar And Health (WASSH) was set up and since then, World Salt Awareness Week has been earmarked every year for 7 days, beginning from the second Monday in March.

WASSH comprises healthcare experts, nutritionists and dieticians, policy makers and medical professionals from over 100 countries around the world, who take active measures to ensure nourishing fresh foods are available to individuals residing in all regions of the world, to avert serious repercussions of excess salt consumption such as high blood pressure, type 2 diabetes, heart disease, stroke, kidney failure, osteoporosis and obesity. 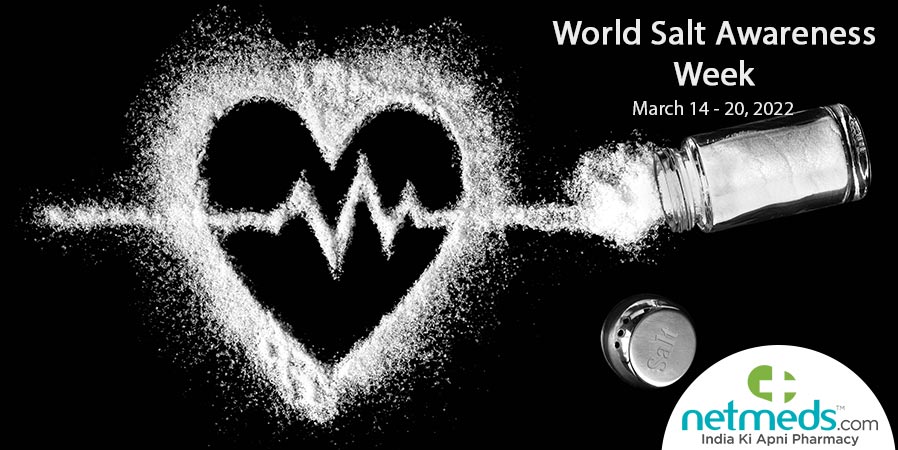 WASSH conducts campaigns on social media and in person, to inculcate knowledge amongst the general public about the detrimental effects of undue salt intake. Moreover, these informative events are aimed at positively influencing people of all ages to cut down on eating unhealthy processed junk foods that contain too much salt and adhere to a wholesome balanced daily diet.

The theme for World Salt Awareness Week 2022 is “Shake The Salt Habit”, emphasizing every single person to take note of their surplus daily salt intake and adopt prompt steps to bring it down. While the daily recommended salt intake by the World Health Organization (WHO) is 5mg, according to alarming statistics established by healthcare experts, globally people eat double this amount i.e. 10 mg or more of salt per day. Since most of this comes from processed foods and meals eaten outside of the home, WASSH and World Salt Awareness Week activities aim to advise people of all age groups to consume healthy home-cooked meals to minimize daily salt intake.

Furthermore, it is also vital to know the harmful effects of high salt intake for human health, in order to take steps to prevent chronic disorders. People whose health has already been hampered to some extent owing to undue salt consumption should also seek medical treatment and incorporate low-salt diet modifications for the same, once the diagnosis of the ailment is confirmed by the doctor.

The normal blood pressure (BP) of the human body is between 90/60 – 120/80 mm Hg. In case of constant surplus salt intake, the pressure between the arteries becomes higher i.e. 140/90 mm Hg or more, triggering high BP, with readings of 180/120 mm Hg considered to be sever hypertension. This invariably leads to a decline in cardiac functions and heart health.

Stroke is a grave health issue wherein blood supply to the brain is ceased, giving rise to a lack of oxygen and nutrients to the brain cells. This leads to deterioration and death of healthy brain cells and stroke can be fatal if not treated immediately by a doctor.

Since high salt intake triggers high blood pressure, this strains the cardiac muscles and poses an increased risk of heart disease. Hence, the arteries of the heart become narrower, clogged, and present in the form of long-term illnesses like cardiovascular disease (CVD).

Diabetes is triggered by high blood sugar levels due to insulin hormone not being synthesized adequately by the pancreas or inability of insulin to process glucose and regulate its levels in the bloodstream. Since excess salt consumption prompts raised blood pressure, it hampers key bodily mechanisms of glucose metabolism and insulin activity, thus significantly increasing the risk of type 2 diabetes.

As high salt intake leads to sodium retention in the body, this destroys the healthy renal cells leading to kidney disease. Chronic kidney disease poses severe health risks and can even lead to kidney failure, which subsequently can only be resolved by a kidney transplant.

Although obesity is primarily considered a lifestyle disorder characterized by surplus body mass index and unhealthy weight gain, taking in too much salt regularly also makes a person predisposed to becoming overweight or obese.

Since massive salt intake causes high blood pressure with undue levels of sodium retention in blood, this leads to loss of calcium from the bones at a much more rapid rate than normal. Therefore, it induces weakening of bones and decline in bone density, giving rise to the debilitating condition of osteoporosis. 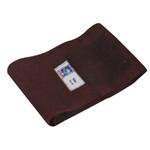