World Glaucoma Week 2022: Watch Out For These 5 Distinct Signs Of Optic Nerve Damage

World Glaucoma Week is being observed from March 6 – 12, this year is aimed at raising awareness about glaucoma and underscore the importance of eyesight preservation amongst patients, doctors, healthcare professionals, global medical officials and the general public. This worldwide health initiative, extending for a week beginning in the first Sunday of March, is a collaborative effort between the World Glaucoma Association (WGA) and the World Glaucoma Patient Committee (WGPC), to inculcate in people knowledge about glaucoma, in order to prevent instances of blindness and assure healthy eyesight protection for every single person across the globe. 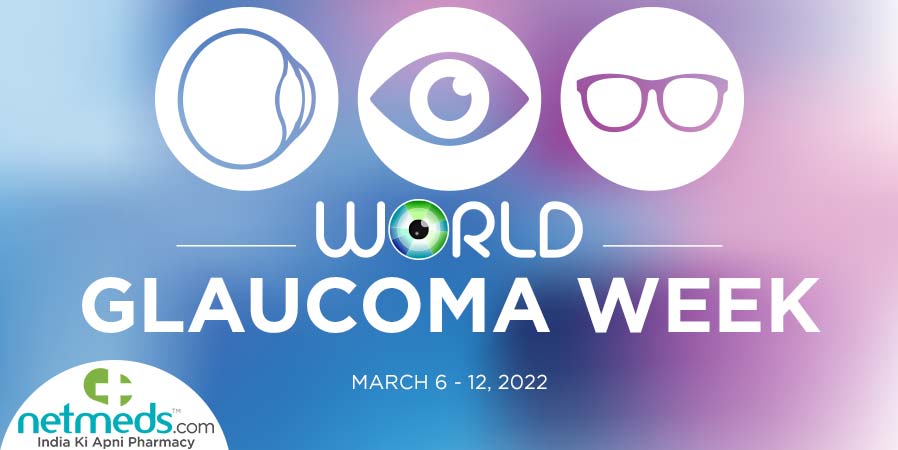 Glaucoma is a common eye ailment that is characterized by damage to the optic nerve – the nerve extending from the eyes to the brain, therefore leading to blindness. Being the foremost cause of irreversible blindness worldwide, statistics established by medical experts, scientists and healthcare researchers indicate that at present, more than 78 million people across the globe suffer from glaucoma, which is roughly 1 in every 200 persons aged 40 and above.

Moreover, glaucoma in many cases does not present with noticeable symptoms in the initial stages and a late diagnosis coupled with lack of awareness invariably leads to permanent vision loss. Hence, it is vital to pay attention to the indications of glaucoma and consult with a doctor, ophthalmologist promptly for a timely diagnosis and effective treatment outcomes, aside from safeguarding eyesight and averting blindness.

Loss Of Peripheral Or Side Vision

While trying to view objects located at an angle to the line of vision or towards one side, if there is a loss of vision or a blind spot develops, it could imply the onset of glaucoma. As the condition progresses, so does a decline in eyesight and hence it is vital to get tested for glaucoma at once, to protect eye health and avert permanent irreversible blindness.

While noticing a brightly lit item or surface, it is normal to sense a vivid circle around the light source – a halo - surrounding the object initially which then clears after the eyes focus the light projecting a clear view. However, when glaucoma occurs in a person, they tend to view halos around the light source constantly, which indicates high eye pressure, optic nerve faults and hence they must go for an eye check-up at once.

Experiencing sudden and severe aching in either one or both eyes points to optic nerve deterioration and the onset of glaucoma. People who encounter extreme eye pain also notice redness in the eyes, along with nausea and vomiting and the signs must be reported to a doctor immediately and the affected person is given emergency treatment to reduce the intensity of eye pain.

Glaucoma arises due to optic nerve damage, which is triggered by rising intraocular pressure i.e. force of fluids and pressure within the eyes. This masks the cornea, which hampers the passage of light from objects, impeding clarity of vision. Hence, the person with glaucoma encounters glare and heightened sensitivity to light along with hazy vision while viewing objects in bright surroundings.

The cornea layer of the eyes maintains fluid balance within the visual organs by releasing out excess liquids that accumulate in the tissues, thereby keeping the corneal outer layer clear. However, due to rise in intraocular pressure from optic nerve damage in glaucoma, the cornea becomes water-logged, giving rise to a cloudy appearance of the eyes. Once this is spotted in a person, prompt eye check-ups and subsequent diagnosis and treatment is necessary to ensure healthy eyesight and preserving vision. 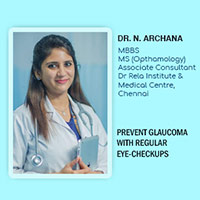 What Is Glaucoma? In short, glaucoma is a buildup of pressure within the eye th.. 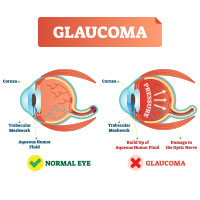 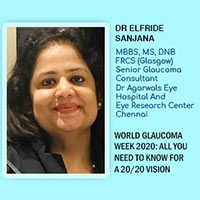 Instead of beginning this write up about the gloomy statistics on Glaucoma and h.. 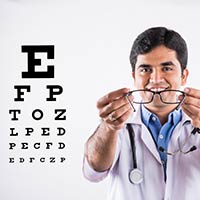 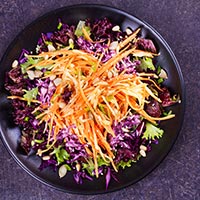 The gift of sight is a truly wonderful blessing. Your eyes being your window to .. 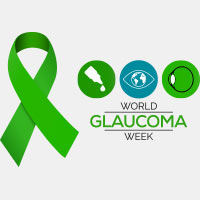 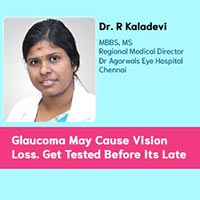 Glaucoma May Cause Vision Loss. Get..

India can easily be the world’s capital of glaucoma, a group of eye disord..