Led by the United Nations Environment Programme on the day of 5th June 1974, World Environment Day is the largest global platform for public outreach observed by millions of people worldwide every year on the same day. World Environment Day 2022 is being hosted by Sweden under the campaign slogan 'Only one earth,' with a prime focus on 'Living Sustainably in Harmony with Nature.' A silent killer, environmental pollution accounts for over 7 million deaths per year. Children and adults suffering from chronic health conditions, lung disorders, and people from low-income groups are vulnerable to the adverse effects of exposure to toxic air. These sources emit gases and substances like ozone, sulfur dioxide, and nitrogen dioxide that are toxic to human health. Air pollution severely affects your physical and psychological health, too, thus disturbing our overall bodily functioning. 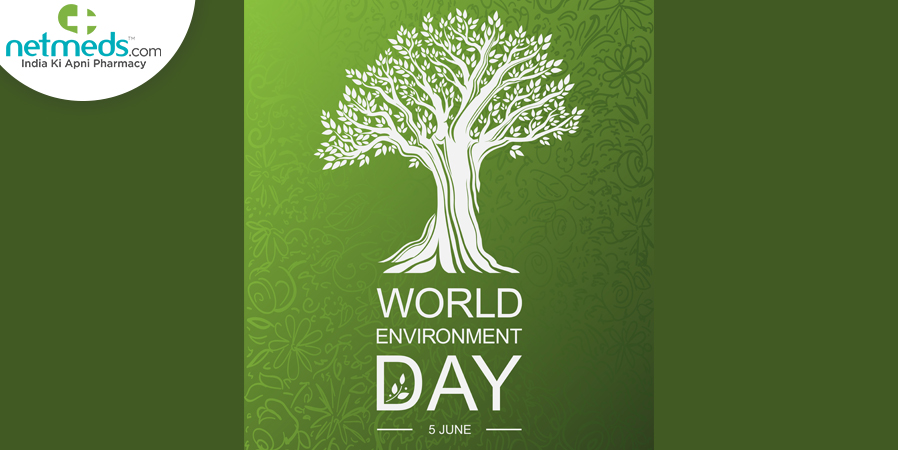 Effects Of Environmental Pollution On Humans

Any living being on the planet is prone to many side effects of air pollution and experiences many health effects when exposed to air pollution. Effects can be divided into short-term results and long-term effects.

These temporary effects include pneumonia, bronchitis, cough, asthma, and various allergies. They also have discomforts like an irritation to the nose, throat, eyes, or skin besides causing headaches and nausea. Bad smells from factories or sewer systems cause air pollution too. These odours may not be potentially harmful to health, but they are extremely unpleasant.

They can last for years or an entire lifetime or even lead to high mortality rates. Air pollution's long-term health effects include heart disease, lung cancer, respiratory diseases such as emphysema, and pollutants that may also cause certain non-curable congenital disabilities. Air pollution can also cause long-term damage to people's nerves, brain, liver, and kidneys.

Hard to believe but let's accept that the climate is heating up way too quickly for people and nature to adapt. With over 1 million species threatened with extinction, we are adding pollutants to the air and water faster than the planet's natural mechanisms can remove them. Acting on urgent planetary issues is of grave importance at present, and that is what World Environment Day reminds us about. There are many ways by which we can contribute towards creating pollution-free green earth. Every day, millions of people make simple changes in their lives to accomplish this task. Taking public transportation instead of driving a car or riding a bike instead of travelling in carbon dioxide-emitting vehicles are a couple of ways to reduce air pollution. If we intend to live on this planet for a more extended period, then sustainability and less pollution better be our immediate goals to achieve.