Cancer being one of the leading causes of adult deaths all over the world, cervical cancer has emerged as the second most common cause of cancer-related deaths to women in India. 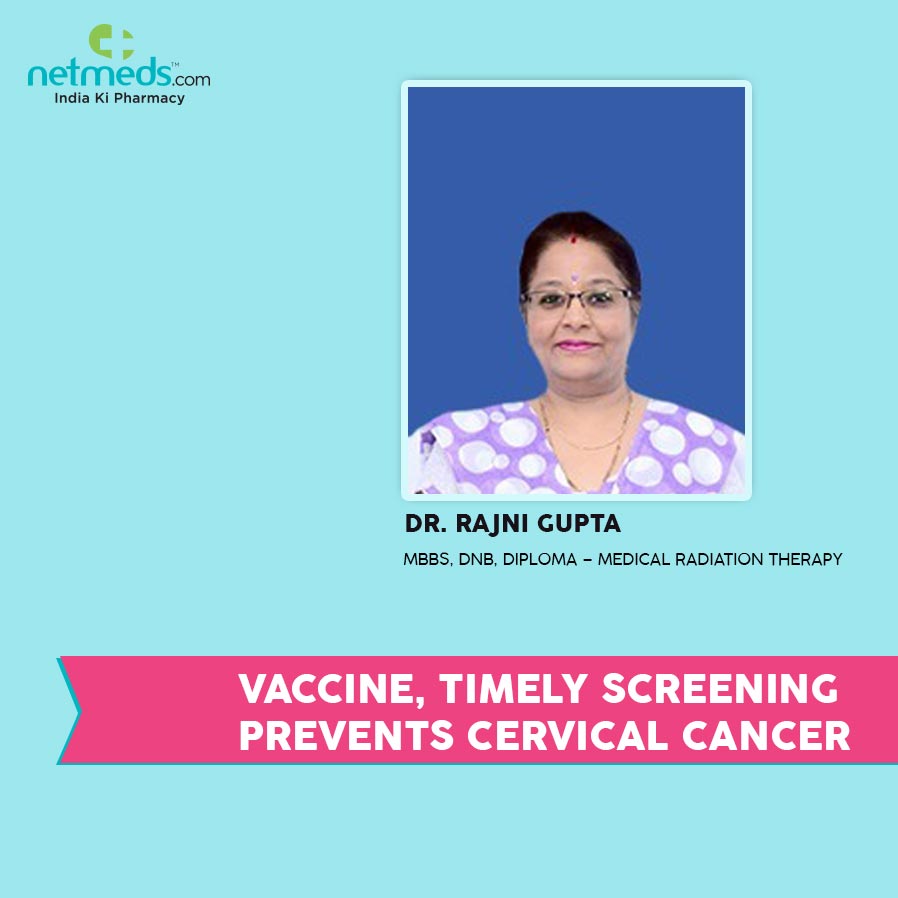 According to studies, it’s said that cervical cancer could affect about 80 per cent of women under the age of 50. Since Cervical cancer starts occurring when abnormal cells on the cervix grow out of control, the signs of the condition may only begin to show after it’s reached an advanced stage.

Following are some of the primary symptoms of cervical cancer.

With more research findings, doctors nowadays are aware of the reasons behind cervical cancer, which is common in both urban and rural domain. Some of these causes are:

HPV (Human Papillomavirus): A sexually transmitted virus. There are more than 100 different types of HPV, at least 13 of which can cause cervical cancer. Having many sexual partners or becoming sexually active early

Giving birth at a very young age: Women who give birth before the age of 17 years are significantly more likely to develop cervical cancer.

Several pregnancies: Women who have had at least three children in separate pregnancies are more likely to develop cervical cancer, compared with women who have never had children.

A weakened immune system: The risk is higher in those with HIV or AIDS, and people who have undergone a transplant, necessitating the use of immunosuppressive medications.

Smoking: This increases the risk of cervical and other cancers.

Socio-economic status: Rates appear to be higher in areas where income is low.

Prevention is always better than cure, a golden rule to follow as far as cancer is concerned. We should continue to be a strong believer in the life-saving importance of early detection and encourage everyone to be proactive about their preventive screenings. Timely screening and detection are two very important aspects of combating cervical cancer, as it is a completely treatable condition. Thus, there are different methods for treating cervical cancer.

Surgery: Surgery is commonly prescribed when the cancer is confined to the cervix.

Radiation therapy: When the cancer has spread beyond the cervix, surgery is not usually an option. Advanced cancer is also referred to as invasive cancer because it has invaded other areas of the body. This type of cancer requires more extensive treatment, which will typically involve either radiotherapy or a combination of radiotherapy and chemotherapy.  In cervical cancer both external beam radiation therapy (radiation therapy administered from an outside source of radiation)

Brachytherapy : (radiation therapy that involves the insertion of radioactive sources near the tumor for a fixed period of time) are used together.

Chemotherapy: Chemotherapy is the use of medicines to destroy cancer cells.

Apart from this, women should also follow some measures to avoid contracting this infection. These may include:

Among the different categories of cancer prevalent, cervical cancer is one of the leading causes of adult deaths worldwide. Every year when about 14 million new cancer cases are detected, 8 million people die of cancer.

It is one of the fifth most common cancer in humans and the second most common cancer in women worldwide. In contrast to developed countries, cervical cancer is a public health problem in developing countries like India so much that, India alone accounts for one-quarter of the worldwide burden of cervical cancers which is approximately 6–29% of all cancers in women among the age of between 30 and 69 years. It is important make some basic lifestyle changes to avoid cancer. These may include:

Thus, with the treatment for any cancer being expensive, all these measures can go a long way in preventing cervical cancer.