Uterine Transplant An Alternate For Surrogacy

Uterus transplant is a procedure developed to enable women without a uterus, or non-functional uterus or badly damaged, to become pregnant. The operation involves transplanting a uterus from a living or deceased donor to a recipient. Uterine transplantation is a form of transplant, a real and valid alternate to adoption or Surrogacy. Organ transplants are successful only if the organ works properly in the host's body. But for a uterus transplant, success is defined more narrowly: not only does the uterus have to work, but the woman has to give birth to a healthy baby.

First successful uterine transplant with live birth happened in Sweden in 2014 and so far 72 cases of uterine transplantation were done globally, out of which 18 live births are reported. Over 6 Lakh women in India are born without a uterus and of late surrogacy has also been a subject in India hence, uterus transplant can serve as an alternative to surrogacy for people who want to give birth and experience their own pregnancy. 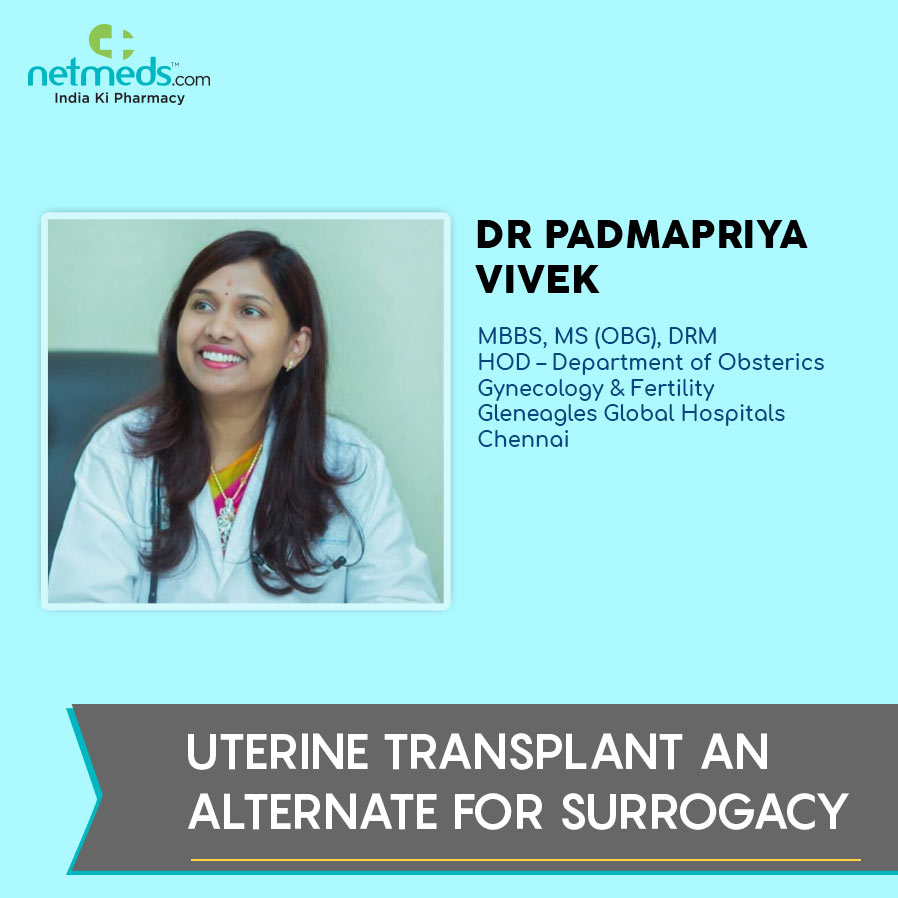 Uterus transplantation is a complex procedure and is surrounded by not only medical and psychological implications but also ethical, moral, and cultural concerns and expectations. Transplantation of a uterus, unlike any other organ transplantation, involves no less than four parties – recipient, donor, partner of the recipient, and the possible future child.

Who Needs A Uterine Transplant?

Who Can Be A Donor?

Recipient husband’s sperm and recipients’ egg is fertilized by IVF-ICSI, Embryo cryopreservation will be performed in order to use them for embryo transfer after successful transplantation.

- Dr Padmapriya Vivek, is the HOD Department of Obstetrics, Gynecology & Fertility, Gleneagles Global Hospitals, Chennai. She is the first surgeon in India to have successfully performed Uterine Transplant, in 2017.