Tourette Syndrome (TS) is a commonly occurring neurological condition, which commences from a very young age. The usual onset of this disease is during childhood or adolescence, between the ages of 2 and 15.

TS is named after Georges Gilles de la Tourette, a 19th-century French neurologist, who was the first person to document first-hand accounts of affected patients in great detail.

The prominent characteristic displayed by a person with Tourette syndrome is noticeable movements or sounds, termed as tics. These are sudden, uncontrolled actions, repeated at a high frequency. Tics can occur abruptly, during the course of conversing, eating or even sleeping. These actions could involve blinking of eyes, shrugging of shoulders or yelling in a rude manner.

The specific cause of TS is still yet to be determined. Genetic and environmental factors, as well as defects in the basal ganglia region of the brain (which controls body movements),  could lead to developing this nervous system disorder. 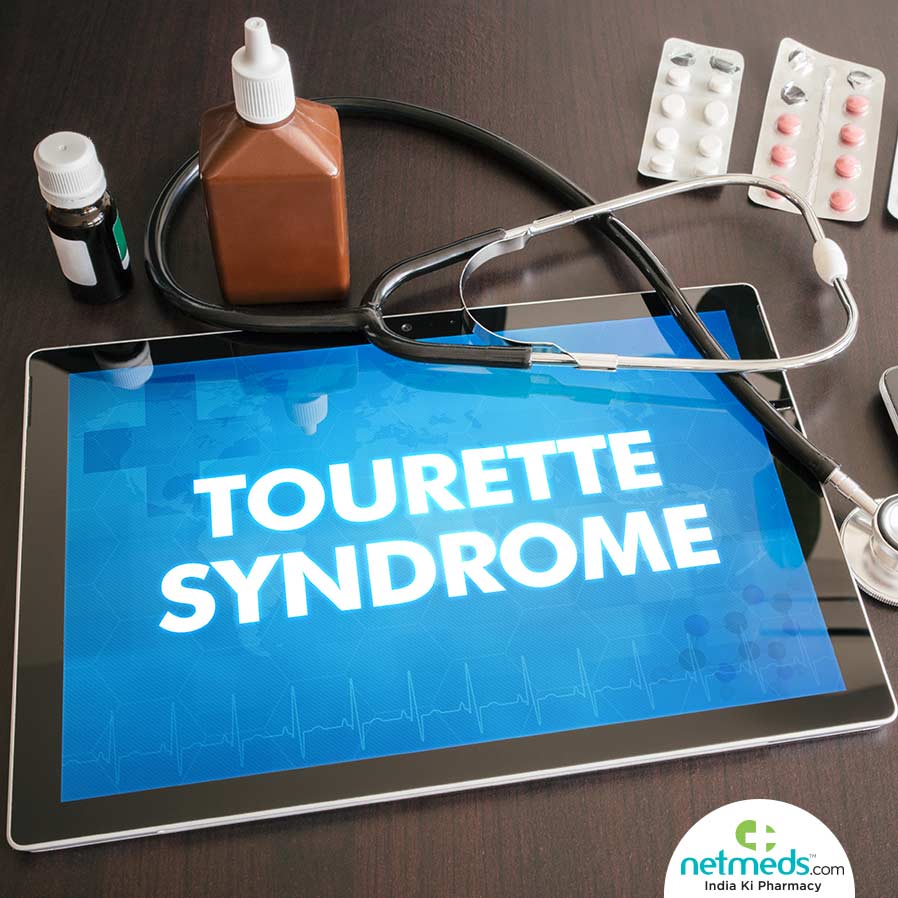 Having a family history of this disease could mean you are more predisposed to acquiring TS. Furthermore, Tourette syndrome affects more males than females.

There is no known cure for TS, but viable treatment options are available. In some cases, tics can even be controlled in adulthood.

The main indication of TS is tics, which can be motor or vocal in nature. They range from mild to severe, thereby affecting communication skills and day-to-day activities.

Tics are categorised into two groups as:

These are startling, transitory movements, which involve only a few muscle groups. Examples include nose twitching, head jerking and grunting.

These tics are distinguished, synchronized patterns involving several muscle groups. Some common instances are walking in a defined pattern and repeating other’s words or phrases.

People with TS are generally in good physical shape but are highly likely to develop certain behavioral and social challenges such as learning disabilities like autism, depression and anxiety and anger management issues.

There are no laboratory tests or imaging scans to detect TS in a patient. The physician would quiz the individual thoroughly, to look for any hints that might suggest that they have TS.

The criteria that the medical practitioner keeps in mind to confirm the instance of Tourette syndrome include:

Treatment for a person diagnosed with Tourette syndrome involves medications prescribed by the doctor, such as antidepressants and central adrenergic inhibitors, to control anxiety and rage respectively. He or she also administer injections to the patient, to assist in regulating muscle contractions.