Testicular Cancer is defined as the proliferation of the cancerous cells in the male testes. The testis or testicles are two small egg-shaped glands that are held inside the sac-like scrotum underneath the penis. They chiefly produce the male reproductive organs, other fluids, and sperms for reproduction. 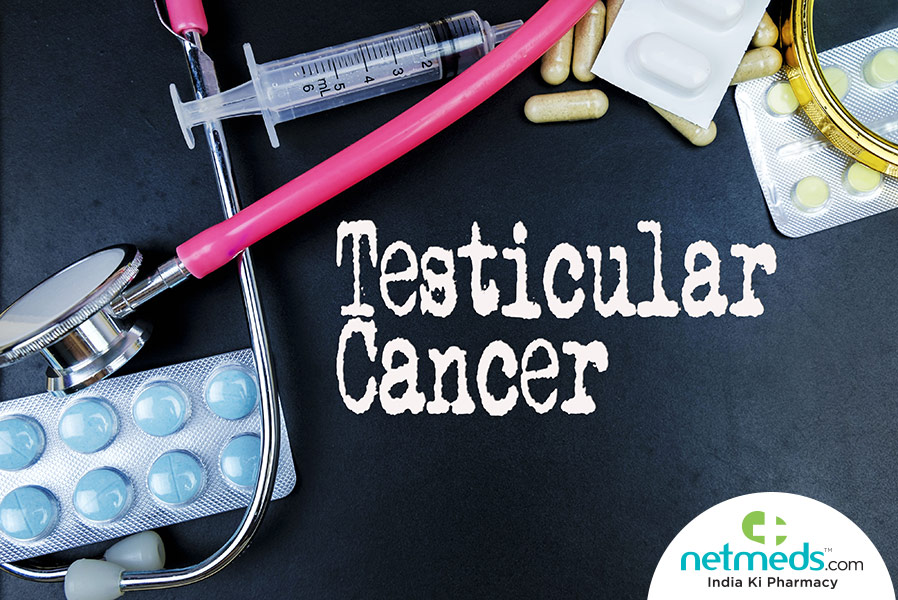 Although it a rare form of cancer, depending upon the stage, it is highly treatable even if the cancerous growth spreads beyond the testis. Also Read: Prostate Cancer: Causes, Symptoms And Treatment

The type of testicular cancer is only determined after the confirmation of the presence of tumorous growth within the testicles. On detection, the testicles are removed and are analysed to know their particular type. This analysis helps in the proper prognosis and treatment of cancer.

This type of testicular cancer is more common in older men than in their younger counterparts and is less aggressive.

The Nonseminoma type develops quite earlier in life and usually spreads vigorously to other parts of the body. It further includes sub-types which are embryonal carcinoma, teratoma, choriocarcinoma, and yolk sac tumour.

Like any other form of cancer, the ultimate causative factor for testicular cancer is still unidentified. It usually occurs when the healthy testicular cells develop abnormalities, causing rapid growth of new cells even though it isn’t required, leading to the accumulation of the abnormal cells causing tumorous growths. Testicular cancer usually begins in the germ cells, which are cells within the testis that produce immature sperms.

Although the cause is not known, certain factors increase the risk of getting this diseased condition which includes:

Age: It is more commonly diagnosed in males within the age of 15 - 35

Cryptorchidism: Also known as an undescended testicle, this underlying birth defect increases the risk of testicular cancer in men.

Abnormal Testicle Development: Conditions such as Klinefelter syndrome which causes the testis to develop abnormally aggravates the risk of this cancer.

Although initially there are no characteristic symptoms or any pain related to the testis, it usually arises after a certain time. These signs and symptoms include:

Consult a doctor immediately if you detect any of the above-mentioned signs and symptoms. The specialized doctor or urologist first does a thorough physical examination by feeling the testicles to detect any signs of swelling, pain or lump. The doctor may also check other parts of the body followed by other diagnostics which include:

Also termed as Germ Cell Neoplasia In Situ (i.e. GCNIS), it is not the initiation of cancer cells but a cautionary stage which tells that cancer cells may grow after some time. It is generally found only in the seminal tubules.

The cancer cells are found only in the testicles and have not spread to the nearby lymph nodes.

Growth of the cancerous tumour and spreading of cells to one or more lymph nodes in the abdomen but not to other parts of the body. Also Read: Lymphoma: Causes, Symptoms And Treatment

An advanced stage of cancer, where the cancerous cells have spread beyond the lymph nodes to distant organs.

The treatment options usually depend upon the type and stage of cancer and include: 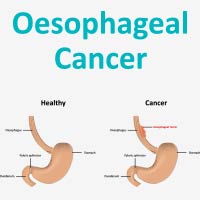 Oesophageal cancer is a type of cancer or growth of a malignant tumour on the li..