Have you heard of Soursop?

The Majority would say No. What is Soursop and why are we talking about it? Let's find out:

Soursop is obtained from the evergreen forests of Africa, South America, and South-east Asia. Annona muricata is the scientific name of graviola. 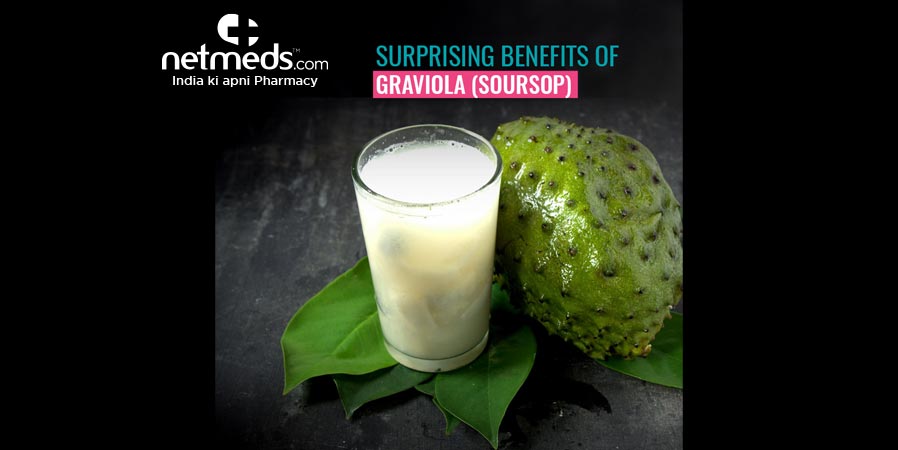 The most amazing fact about the fruit is almost all parts of the tree can be used medicinally including the fruit, bark, and the leaves that contain the highest concentration of the active ingredient acetogenin. Graviola, guanabana, and Brazilian paw paw are some of the other names. Graviola is widely used to treat stomach complaints, hypertension, arthritis, rheumatism, depression, fever, and parasitic infections. Its most potent property is being anti-carcinogenic.

Graviola is a low-calorie fruit that comes with an extremely impressive nutrient profile including vitamins C, thiamine, niacin, riboflavin, folate and minerals like potassium, magnesium, and iron. Some parts of the fruits possess strong medicinal properties that can be topically used to heal several skin woes. Many of the incredible benefits of soursop are credited to its high content of antioxidants. Luteolin, quercetin and tengeretin are some of the bioactive plant compounds present in soursop that works amazingly well in lowering the risk of several diseases including heart disease, cancer, and diabetes.

The top most reason for graviola attracting scientific attention is its anti-cancer property. In fact, a study published in the Journal of Medicinal Chemistry (1997) found that soursop was more than 200 times as effective as chemotherapy when tested on breast cancer cells!

Evidence from the Tepic Institute of Technology (Instituto Tecnologico de Tepic ITT) in Mexico revealed acetogenins, a compound in the fruit with incredible chemotherapeutic properties.

The ITT researchers preserved the unprocessed soursop pulp by freezing up to a year without deterioration in the acetogenin content. They are also in the process of producing tasty juice, ice- cream, and yoghurt they hope will prevent or fight the growth of cancer cells in people.

Journal of Nutrition and Cancer reveals that graviola (soursop) when taken as juice effectively inhibit the growth of breast cancer cells in patients without damaging healthy cells. It remarkably reduced the growth of tumours.

Researchers are learning more about the potential of graviola to fight other cancers including colon cancer, lung cancer, stomach cancer, and others. Consuming graviola in the regular diet helps improve your health and lowers the risk of certain cancers and even treat various forms of cancer by hindering tumour growth.

Evidence reveals that the potent antibacterial activity of soursop works effectively well to fight several types of bacteria including the strains that cause gingivitis, dental decay, and yeast infections. While soursop extracts also worked against bacteria causing cholera and Staphylococcus infections. Even though with these promising results, it’s essential to note that highly concentrated extract was used in test tubes, which is much greater than the amount we would get from the diet.

A word of caution:

Most of the studies have been conducted in vitro, not in mature systems, therefore extensive clinical trials are required to study the association of soursop in cancer therapies includes slowing down the spread of cancer or aiding conventional chemotherapy to work better. The ideal way is to include soursop or graviola as a part of a healthy diet rather than a treatment option.