The concept of sanitary pads has been prevalent as early as the 10th century. The first commercial pad that emerged in 1888 was the brainchild of the nurses that worked in the battlefield who found out the properties of absorptive bandages that were used to treat the soldiers, which was then borrowed by the commercial manufacturers. 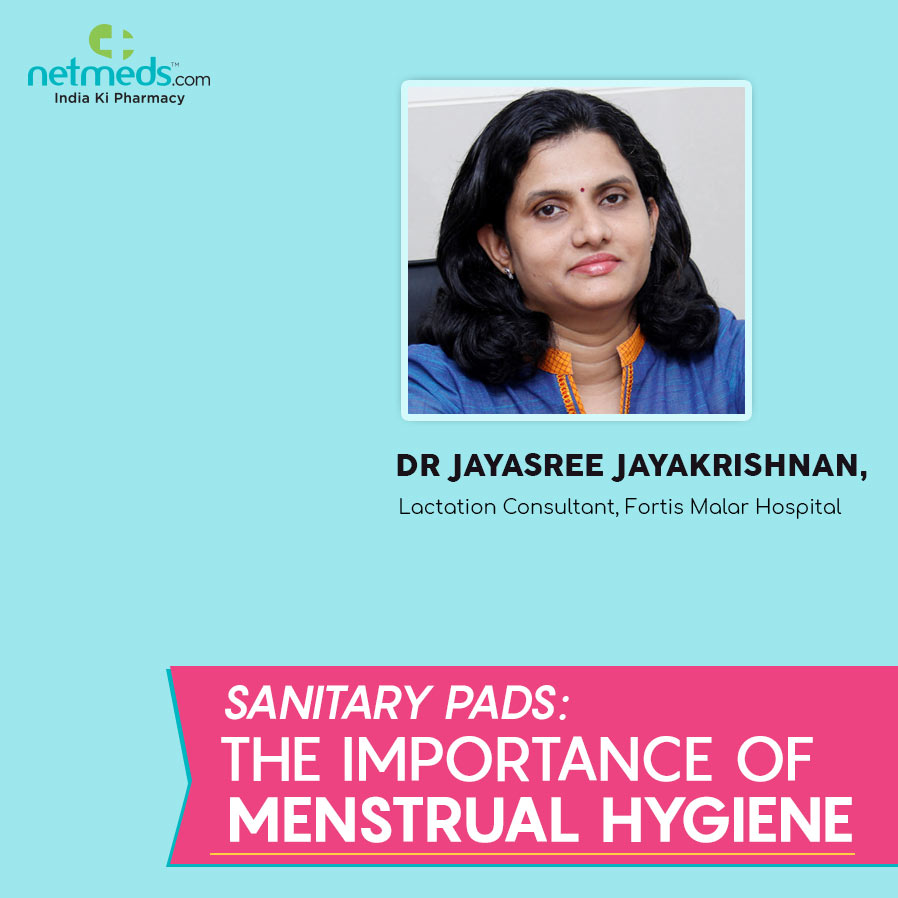 The earliest disposable pads were made of cotton wool which were covered with an absorbent liner, later found to be unsuccessful. Before this revolution, most of the women around the world used a lot of unsafe methods to control their menstrual blood. They used paper, moss, sand; grass etc. which is then folded inside a cloth and used as sanitary pads, which on a long run caused a lot of harm to the human body.

Sanitary belts are considered to be the old-fashioned version of sanitary pads, where the cotton pads are clipped and attached to an elastic belt. These belts were invented in the 1800s and were in use until the 1970s. After which the commercialization of pads happened when manufacturers like Johnson & Johnson came up with their Lister’s Towel or Sanitary Towels and due to its name most women were apprehensive about buying the product. Even today in most parts of the country women feel uncomfortable in talking about periods or pad.

Next came disposable pads of different variations. These are made of cellulose, cotton, and plastic. In addition to this, they also include fragrance and antibacterial agents. It is found out that one plastic pad contains 90% plastic which is equivalent to four plastic bags. Sanitary pads can cause cancer when used again and again for years. Some sanitary napkins carry BPA along with other chemicals. Over time, they can enter the human body and interfere with the reproductive system. Deodorants used in pads can cause infertility and birth defects. There are chances for the chemicals to enter into the bloodstream through absorption.

Most of the sanitary pads are used only once because of which a lot of waste is generated annually.  Similar is the case with tampons, most of the women use tampons because of the convenience and comfort that it provides but most of the tampons are made of rayon thread which causes a toxic shock syndrome that results in a blood infection. Tampons must be inserted with utmost care as it can cause bacterial infection, make sure that you change the tampon every four hours, bacteria can grow on tampon if left for more than 8 hours exposing to urinary tract infections.

Menstrual Cups are reusable feminine hygiene products; it is a small funnel-shaped cup that can hold blood for a longer hour because of which a lot of women have started to use this type of product. Unlike other products like tampons and pads which absorbs the blood menstrual cups collects the blood, eliminating all kinds of health concerns.

With green consumerism, many women have shifted from plastic disposable pads to cloth pads, creating a new era of cloth pad revolution. The major reason for this is the environmental and health challenge posed by the plastic pads. India alone creates an estimate of 9,000 tons of sanitary waste annually, most of which ends up in landfills or are consumed by animals and if burnt they will release harmful toxins into the air, which gives a much harder time dealing with it. Cloth pads are similar to disposable pads. Since the cotton cloth pads use undyed cotton they are considered to be a better alternative over disposable pads. They are more natural allowing the skin to breathe.  In this regard, the cloth pads have shown a comeback because of its advantages of being free of allergens, chemicals and perfumes.

It’s important that women talk about their menstrual issues openly and get any help if required. Women across the world have used natural and reusable methods for collecting or absorbing menstrual blood for centuries. Women should be able to make an informed choice about menstrual products that promote health and wellbeing – for the individual, for the community and for the earth.