Pomegranate : The Elixir of Anti-Aging

Pomegranate is a powerhouse fruit rich in the antioxidant Vitamin C and polyphenol compounds, catechins and anthocyanins. Research shows that this fruit prevents heart disease, lowers cholesterol level, and blood pressure, relieves stress, improves your sex life and according to a new study even slows down the ageing process by stimulating cells to recycle and rebuild themselves. 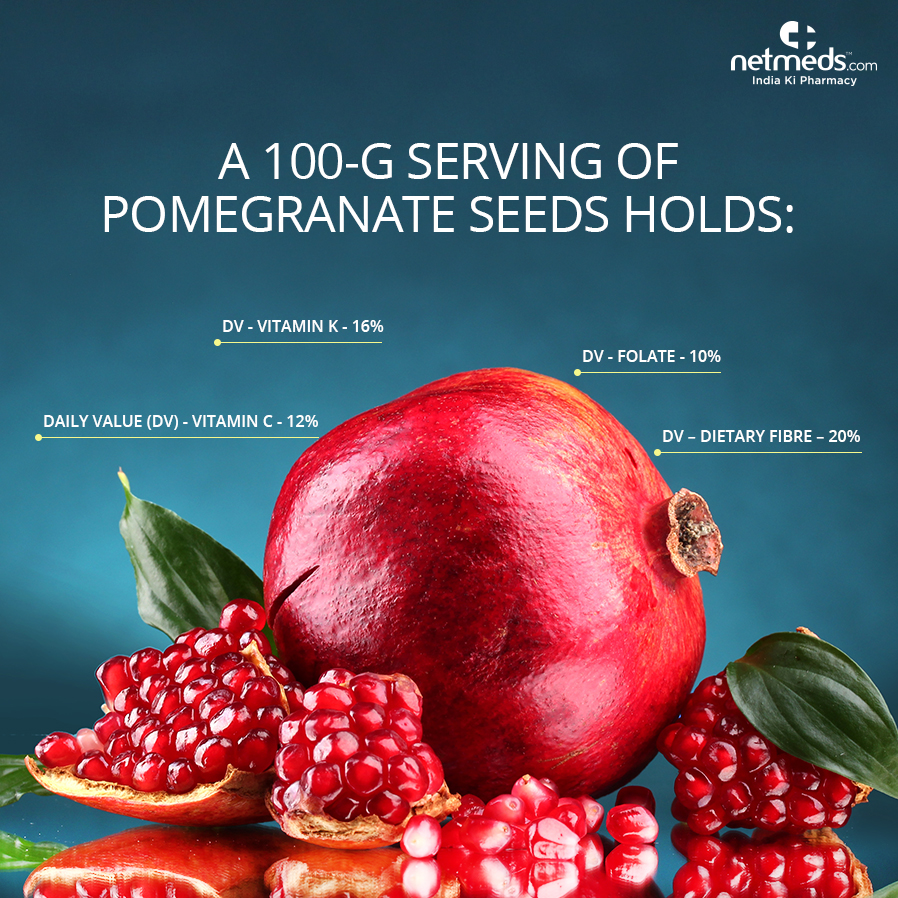 The red eyed fruit was adored by the ancients as the "food of the gods".

According to the study, those who took the pomegranate extract showed a significant decrease in a marker known as 8-Oxo-DG, linked to cell damage, which could have adverse effects such as:

Researchers at Probelte Bio demonstrated that the regular consumption of pomegranate extract can slow down the process of DNA oxidation. The pomegranate's ability to decrease 8-Oxo-DG suggests that it has significant power as an anti-aging fruit because it has "the ability to neutralize harmful molecules in our cells".

The pomegranate is the luxurious version of the apple, capable of so much more than simply keeping the doctor away.

The essential benefits of pomegranate come from consuming the whole fruit, not just the delicious seeds. The real super hero are the inedible rind, hulk, and white pith. The non-seed parts of the fruit are considered as "inedible" not because they are toxic, but due to their bitter taste and undesirable texture. To reap the benefit of this super fruit consider taking this as a health drink made with extracts of whole fruit.