Your painful, hard-to-treat sores may soon be a thing of the past as scientists have developed a regenerative bandage that may quickly heal them without using drugs, an advance which may help make healing of wounds in diabetics faster. 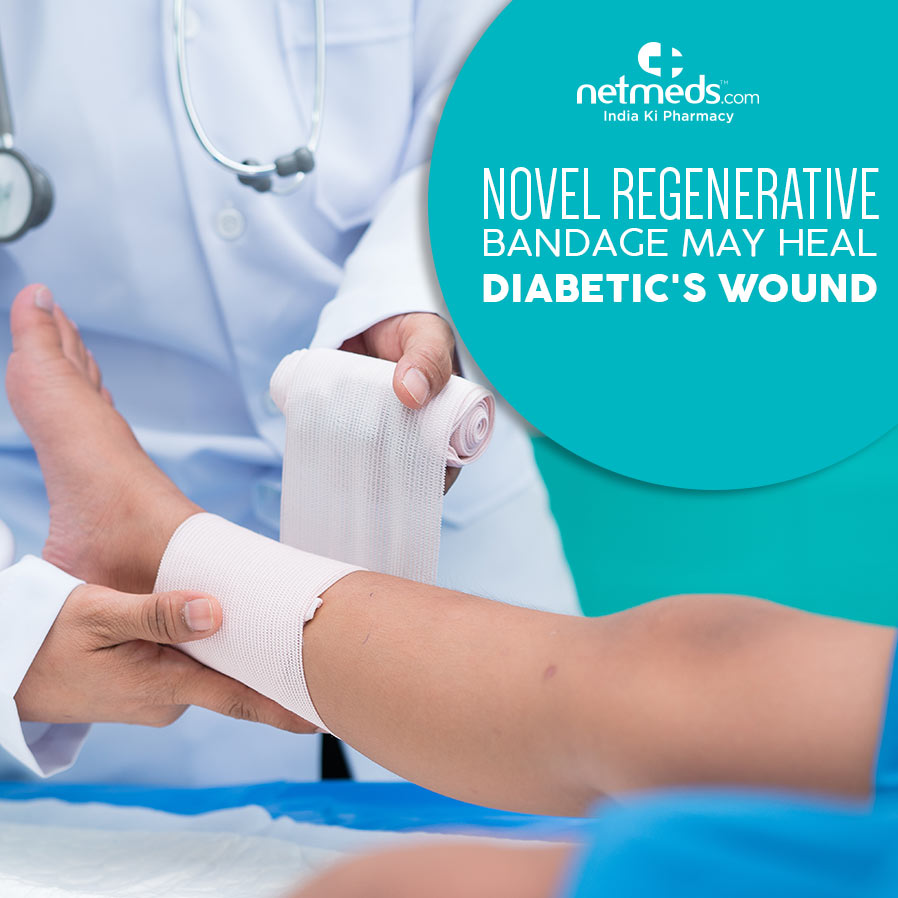 The study, published in the journal Proceedings of the National Academy of Sciences, showed that the bandage healed diabetic wounds 33 per cent faster than one of the most popular bandages currently on the market.

"The novelty is that we identified a segment of a protein in skin that is important to wound healing, made the segment and incorporated it into an antioxidant molecule that self-aggregates at body temperature to create a scaffold that facilitates the body's ability to regenerate tissue at the wound site," said lead author Guillermo Ameer from the Northwestern University in Illinois, US.

The logic behind the regenerative bandage is laminin -- a protein found in most of the body's tissues including the skin. Laminin sends signals to cells, encouraging them to differentiate, migrate and adhere to one another. The team identified a segment of laminin -- 12 amino acids in length -- called A5G81 that is critical for the wound-healing process.

They incorporated A5G81 into an antioxidant hydrogel bandage that it previously developed in the laboratory. The antioxidant nature also helps counters inflammation. Hydrogel liquid can form the exact shape of the wound which makes this bandage better than others.

"Wounds have irregular shapes and depths. Our liquid can fill any shape and then stay in place. Other bandages are mostly based on collagen films or sponges that can move around and shift away from the wound site," Ameer said. The team also used animal models to test the effectiveness and found no adverse effects of the bandage on the animals. Ameer also added that their bandage can be rinsed off with cool saline, so the regenerating tissue remains undisturbed. (IANS)