Mucormycosis: The Causes, Symptoms, Treatment Of This Deadly Fungal Infection In COVID-19 Patients

Of late, not only are people in India filled with fear, anxiety about contracting COVID-19, due to the respiratory viral infection being quite severe and accompanied by steep healthcare costs but are also wary of its myriad grave consequences. One such lethal complication being observed in patients in India in recent times, who have tested positive for COVID-19 and are gradually recovering, is a fungal disease called Mucormycosis. With nearly 100 cases being reported so far by doctors treating patients inflicted with the coronavirus, in cities across India including Ahmedabad, Mumbai, Delhi and Bengaluru, it has triggered an additional wave of panic among the general public. 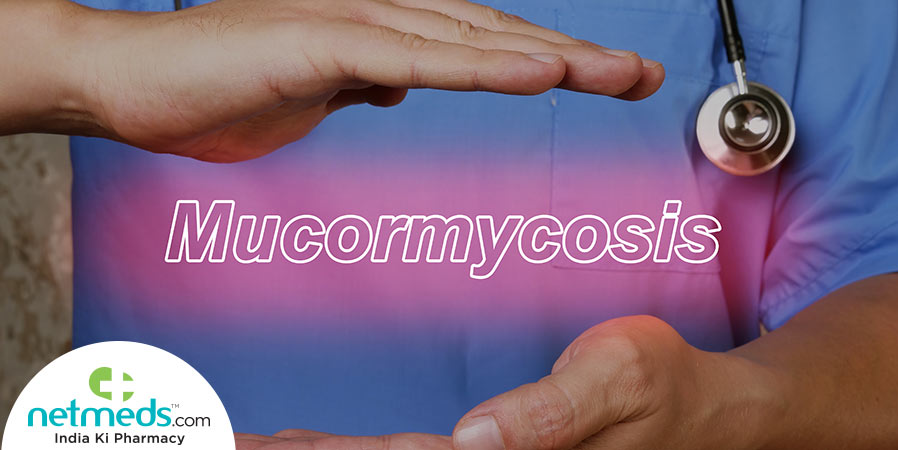 Moreover, healthcare providers have issued a public statement that cautions people with diabetes mellitus, cancer, immune-compromised conditions like HIV-AIDS, in addition to those who have undergone an organ transplant, stem cell transplant surgeries to take ample safety measures. Specifically, chronic diabetic people who also exhibit grave foot ulcers are advised to be very careful, as harmful external particles filled with dirt can easily enter the body through the injured skin tissues. These being the risk factors, such people have a significantly higher possibility of acquiring mucormycosis, apart from increased chances of mortality, since the fungal infection can rapidly deteriorate their systems and ultimately result in loss of life.

Mucormycosis, previously termed as zygomycosis, is a rare fungal ailment, instigated by the mucormycete mould, that occurs extensively in soil, leaves, decayed wood and putrefied manure. Besides darkening of skin, inflammation, redness, ulcers, fevers, this dangerous sickness can also invade the lungs, eyes and even the brain, proving to be fatal if left unattended to. Therefore, it is crucial to understand the causative factors and prominent symptoms associated with Mucormycosis, to quickly identify any possible warning signs arising in both, COVID-19 patients and other individuals. These must be promptly conveyed to the healthcare professional so that timely medical treatment can be provided and the affected individual recovers completely.

The main cause of mucormycosis is the mucormycete mould, that comes from one broad class of fungi, known as zygomycetes classified under the Mucoraceae family. In most cases, these are fungal species belonging to the Mucor, Rhizopus, Cunninghamella, Absidia, Conidiobolus, Entomophthora, Basidiobolus groups. These pathogens are widely found in outdoor environments, being the chief reason for the rampant decaying of organic matter.

Mucormycosis, unlike other fungal disorders like aspergillosis, happens only in seldom situations in humans. Nevertheless, in the rare scenario that a person comes in direct contact with the mucormycete mould, the fungal particles invade the tissues, inducing severe infection. The fungus enters the body either via the nasal passages, sinuses (pulmonary exposure) by breathing in the spores or through cracks in the skin (cutaneous exposure) due to wounds, tears.

The characteristic symptoms of mucormycosis initially affect only the part of the body through which the fungus invades the system and the tissues that it eventually occupies. Yet, as the infection spreads to other organs, multiple types of indications are demonstrated by the affected person. Thus, the spectrum of typical signs of mucormycosis include:

The doctor initially analyses the patient’s medical history, takes a complete physical exam, as well as probes for any obvious signs of fungal infection in the skin, eyes, nasal passages. A sample of skin is excised from the reddened, distended region, known as a tissue biopsy and examined under the microscope. This helps, to a fair extent, determine if the pathogen responsible for infection in the patient is indeed the mucormycete fungus or some other yeast infection like candidiasis. Additionally, imaging scans of CT, MRI are conducted of the lungs, gastrointestinal tract, kidneys, to obtain visual images of any possible damage to internal tissues in these vicinities.

Once the diagnosis of mucormycosis is confirmed, then the immediate treatment strategy is to prescribe antifungal medications, to be taken either orally if the infection is still minor, or administered via injections in more invasive cases, to the patient. These powerful prescription drugs possess the ability to target the fungal specimens in the body and slow down their speed of spreading within the system, as well as completely curb their destructive activity.

Furthermore, medicines may be given to treat other pre-existing sicknesses, such as diabetes, to alleviate its associated symptoms. In circumstances where serious damage has occurred in bodily tissues, surgical procedures are performed, to remove these fungal balls. Upon receiving all required remedial measures, the physician keeps a check on the patient, to ensure mucormycosis fungal infection does not recur and thereby guarantee effective treatment, total recovery of the patient. 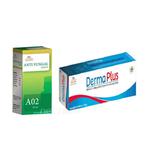