In India, there has been an increase in lifestyle related diseases such as diabetes as compared to communicable diseases like malaria, cholera and tuberculosis. Millions of people are affected by type two diabetes, but most of them are unaware they have it, according to the American Diabetes Association, there are about 14.2 million people between the ages of 30-69 years globally who die prematurely each year from diseases like heart attack, diabetes, and high blood pressure. With the busy lifestyle and work schedule, we are left with no time to keep a check on our body. In the face paced life, we tend to ignore early signs of disease, assuming it to be due to our hectic schedule. Inactivity and poor eating habits are causing a risk to our body leading to lifestyle related diseases such as diabetes. 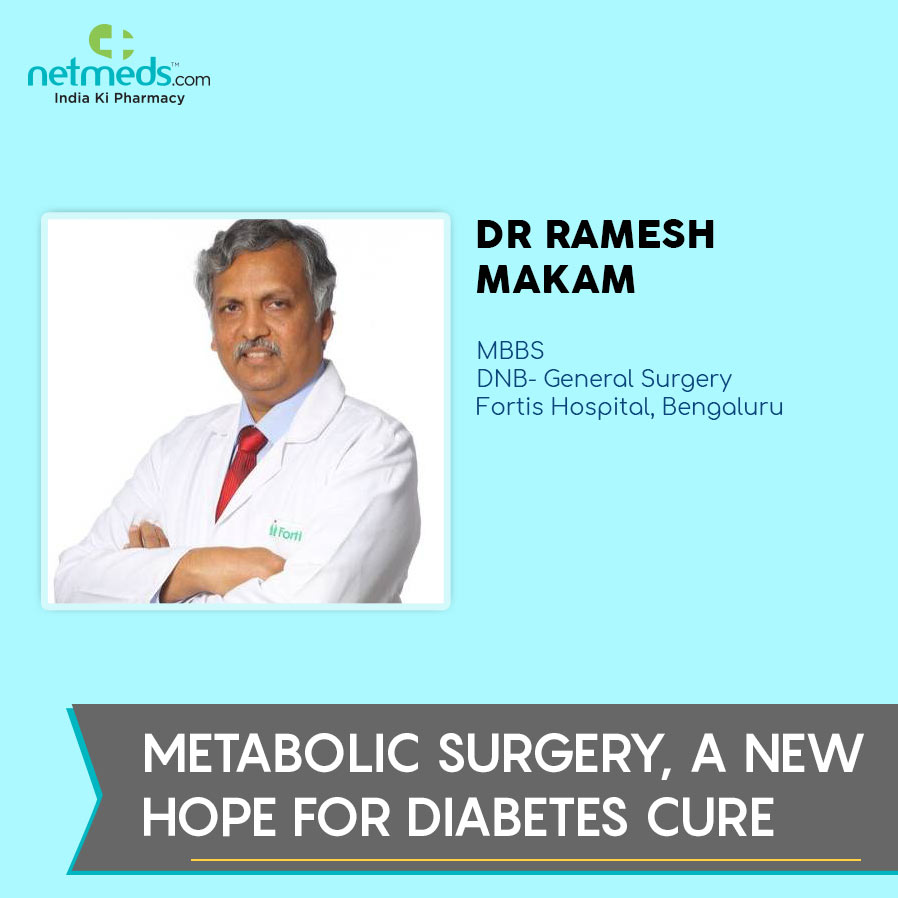 Life is not easy for people with diabetes. As the disease is chronic in nature, one must manage their diet, medication and lifestyle modifications throughout their life. Managing diabetes requires a lot of effort as it includes continuous monitoring of calorie intake, blood sugar level and cholesterol along with physical activity.

Diabetes in itself is a manageable disease if adequate precautions are taken. However, there is a massive spike in diabetes- related cases across the country. It can be better managed at an early stage as you can manage the insulin production in the body. However, among people with uncontrolled diabetes, the body stops producing insulin. Thus, they are at higher risk of high blood glucose that can prove to be life threatening. In most of the cases, people with uncontrolled diabetes also suffers from organ damage.

Obesity and diabetes are closely interlinked, being overweight and obesity increases your chance of developing Type 2 diabetes. According to the WHO, “Diabetes is one of the growing challenges in India with estimated 8.7% diabetic population in the age group of 20 and 70 years. Being obese or overweight can be the most important risk factors responsible for diabetes. Much of the diabetes burden can be prevented or delayed by behavioural changes that consists of a healthy diet and regular physical activity.”

Thus, there is a strong correlation between being obese and developing type 2 diabetes. However, a majority of diabetic patients can recover if they maintain optimum body weight.

Metabolic syndrome is described as a group of conditions including type2 diabetes, hypertension and increased levels of liquids in the blood. All these factors can contribute to heart diseases. Except the large waistline, there are hardly any visible symptoms associated with the syndrome. While genetics and preexisting diseases do have a role to play, lifestyle factors like sedentary lifestyle, unhealthy eating habits and minimum amounts of activities contributes to progressive weight gain which altogether leads to the development of metabolic syndrome.

Some of the most common signs displayed by a diabetic person are:

Over the years, diabetes has evolved from an age-related disease to a lifestyle disease. While bariatric surgery intends for weight loss. Metabolic surgery helps in bringing blood glucose levels to normal range, without the need to take medicines. Besides, it is known to prevent the harmful effects that diabetes has on many organs like the heart, kidney, eyes and limbs by arresting ‘micro-angiopathy’- damage of very small arteries.

Metabolic Surgery has emerged as a proven mode of treatment for control or remission for diabetes. This surgery is often performed on the diabetic patients who have become treatment resistant to certain drugs and insulin therapy. Generally, diabetic patients with BMI > 27.5 are eligible for metabolic surgery. It can however help in reversing the incidence of diabetes. Post-surgery, around 90% of the patients can stop the consumption of medications to keep diabetes under control. The surgery helps in regulating glucose levels in the blood by helping it get back to normal levels.