Kaposi’s Sarcoma is a rare type of cancer where the proliferation of cancer cells happens in the lining of blood and lymph vessels. The sores, tumours or lesions that appear in case of Kaposi’s sarcoma appear as painless, purplish spots on the face, legs or feet. Some uncommon places, where these lesions also appear are lymph nodes, inside the mouth or around the genital area. In rare and severe cases, lesions may also develop inside the digestive tract or lungs.

Kaposi’s Sarcoma can be characterized into four main types:

This type of Kaposi's sarcoma happens in people already suffering from HIV. The immune system damage caused by HIV allows cells harboring HHV-8 to multiply and spread throughout the body. Also Read: World AIDS Day 2019: All You Need To Know About HIV

Classic Kaposi’s Sarcoma generally affects middle-aged and elderly men of Mediterranean or Ashkenazi Jewish origin. It is believed people with above-mentioned descent were born with a genetic vulnerability to the HHV-8 virus. The symptoms develop gradually over the years and are usually limited to the skin.

This type of cancerous condition is more common in people who underwent an organ transplant procedure. The immunosuppressant medications used to weaken the immune system so that it allows the body to stop rejecting and accept the new organ. These medications cause a remission of previous HHV-8 infection which increases the levels of viral infection and in time leads to Kaposi’s sarcoma. Also Read: World Organ Donation Day: Debunking The Popular Myths Of This Noble Act

This type of Kaposi’s sarcoma is commonly diagnosed in people of African descent and also arises due to a genetic vulnerability to the HHV-8 virus. 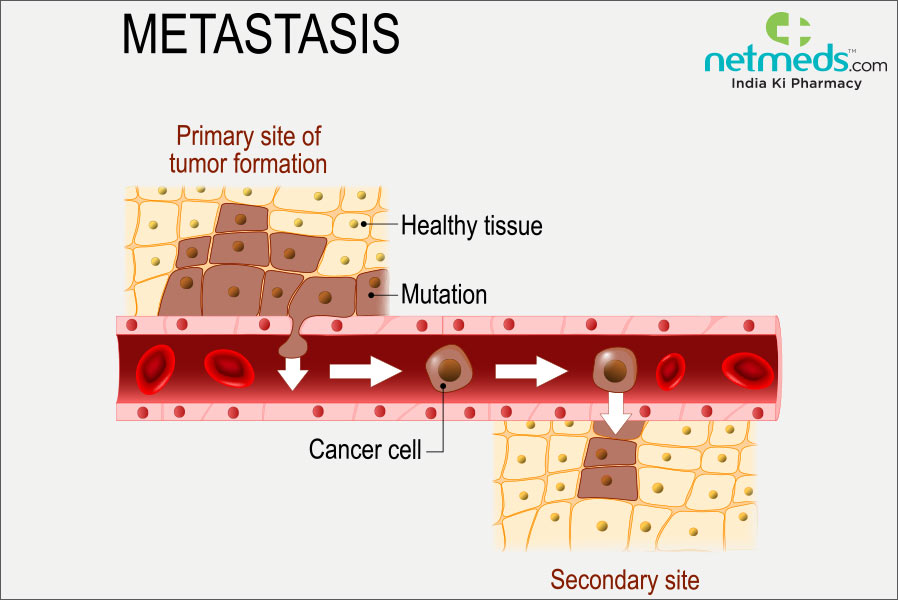 Kaposi’s sarcoma is found to be caused by a virus called Human Herpesvirus 8 (HHV-8), also known as Kaposi's sarcoma-associated herpesvirus (KSHV). This virus usually spreads from an infected to a healthy person through saliva, during sexual activities, or from the mother to the new-born during birth.

Weakened Immunity: People with an already detrimental immune system are more prone to get the HHV-8 viral infection and may also fall prey to the cancerous condition.

Diseased Condition: People diagnosed with HIV or AIDS are more at risk of getting Kaposi’s sarcoma.

Medicines: People who has undergone a recent organ transplant might take immuno-suppressive drugs which aggravates the chances of getting this cancer.

Usually, Kaposi’s sarcoma appears on the body in the form of small, painless, flat, discoloured reddish-purple patches, that usually develops on the skin or insides of the mouth. With time, these painless patches merge together to form bigger nodules affecting the internal organs and systems. The other signs and symptoms include:

If you notice any of the above-mentioned signs or symptoms, do consult a doctor at the earliest to get it diagnosed and receive the best possible treatment. The doctor usually does a thorough physical checkup to analyse the patches on the skin, acknowledges the past medical history, and may perform some diagnostics which include:

Imaging Tests: These include CT-scan, MRI-scan or an X-ray which confirms whether the cancer cells have spread to the lymph nodes, lungs, or other parts of the body.

Fecal Occult Blood Test: This test helps in checking the presence of blood in the stool, which might indicate an infection or problem in the digestive tract.

Colonoscopy: In the case of Colonoscopy, the doctor usually inserts a camera-fitted thin tube through the rectum to observe the presence of any cancer cells in the walls of the colon and intestines.

Upper Endoscopy: Same as endoscopy, here the doctor inserts a thin camera fitted tube in the oesophagus to look for tumour cells in the lining of the windpipe.

Bronchoscopy: In this test, a thin camera-fitted tube is passed through the nose or mouth into the lungs to check the lining of the lung tissue and look for any abnormal growth.

The general treatment of Kaposi’s sarcoma depends upon the type of disease, the number of lesions on the body, the effect of the lesions and general immunity. Treatment options for minor skin lesions include: