Categorized as one type of a group of diseases called helminthiasis, filariasis is an infectious ailment triggered by parasites – roundworms belonging to the Filarioidea family of nematodes. These microbial pathogens are transmitted by means of insect vectors – black flies and mosquitoes, which spread the sickness by feeding on the blood of human beings, like in the case of malaria and dengue fever.

An obvious sign of filariasis infection is gigantic arms and legs, owing to enlargement and swelling/edema of external skin as well as the adjacent internal tissues. In some forms of this illness, prominent rashes on the skin as well as inflammation near the eyes are exhibited by affected individuals. As long as the indications of filariasis are immediately reported and pertinent medical treatment is given to the affected individual, a complete recovery is ensured. 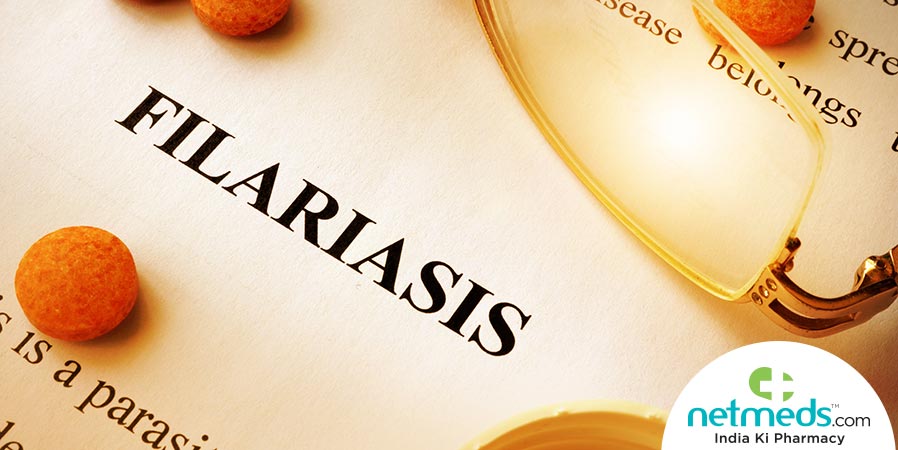 However, if symptoms are not addressed by a healthcare provider as soon as body parts begin to swell, then lymphatic tissues become severely inflamed and stiff, leading to fibrosis of lymph nodes and blockages in the flow of lymph fluids. Moreover, the risk of contracting filariasis increases in areas of poor sanitation and personal hygiene. It is hence advised to incorporate clean habits, keep the home and surroundings disinfected and germ-free, besides understanding the causes, types and symptoms of filariasis, to guarantee prompt medical care to the inflicted person.

The root factor that brings about filariasis infection is roundworm nematodes. These worms have an elaborate life cycle which results in them thriving in human systems for lengthy periods of time if left undetected.

Firstly, the male and female worms go through a mating process, post which the female produces numerous microfilariae. These are ingested by the vectors – insects like mosquitoes, black flies, which are the intermediate hosts. Within their bodies, these microfilariae sprout into larvae, which are capable of carrying and spreading infection.

When these afflicted insects (vectors) further drain the blood of humans, usually by biting on the dermis layer of skin, they transmit the parasitic larvae into the bloodstream of humans (hosts). In areas where there is contaminated food, water, lack of proper drainage of household wastes and dirty personal habits, these infested mosquitoes and black flies breed in large numbers, spreading filariasis infection to many humans residing in the vicinities.

Filariasis is instigated by eight distinct kinds of worms that have been determined so far and is divided into three types, based on the organ in the human body which they affect, as follows:

This form of infection hampers the functioning of the lymphatic tissues as well as the lymph nodes, similar to lymphoma. The causative microorganisms are Wuchereria bancrofti, Brugia malayi and Brugia timori.

As the name indicates, the parasitic infection damages the subcutaneous tissues i.e. the layer of cells that lie underneath the outer skin. The Loa loa (eye worm), Mansonella streptocerca and Onchocerca volvulus species of nematodes trigger this form of sickness.

This class of filariasis is extremely rare in humans and damages the serous cavity in the abdomen. The species of microbes that are responsible for this disorder are Mansonella perstans and Mansonella ozzardi.

Lymphatic filariasis invariably results in elephantiasis, which is the noticeable enlargement of the arms, legs, breasts, genitals -vulva in women and scrotum in men, due to edema and thickening of the skin, adjoining cells.

Subcutaneous filariasis presents in the form of reddening, rashes, hives or urticaria on the skin, as well as regions of discolouration, either hyperpigmentation or hypopigmentation. It can also lead to malfunctioning of muscles, bones, stiffness in joints and arthritis.

Serous cavity filariasis also prompts signs of skin rashes, dark spots and sudden prominent bumps on the topical surface, along with excruciating pain in the gut organs of stomach/abdomen, intestines.

Once the doctor examined all the external symptoms demonstrated by the patient, a blood sample is collected. This is done employing the gold standard for testing filariasis – the finger prick test, which provides blood flowing through the capillaries. This fluid is then stained with biomarkers and examined under the microscope. In case the genetic material – nucleic acids – DNA/RNA exhibited in the blood matches those found in the Filarioidea family of parasitic worms, then the instance of filariasis is confirmed.

In certain situations, PCR analysis of the patient’s blood to look for the presence of filarial antigen proteins, as well as MRI, CT, X-ray scans to examine the lymph nodes and their secretions - chyle fluids for any abnormalities, are also carried out. 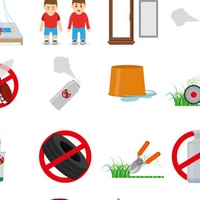 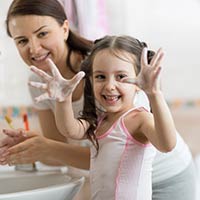 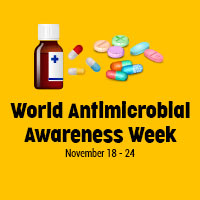 World Antimicrobial Awareness Week is observed from November 18 to 24 every year..