Hot chilli pepper may help lower the risk of death and increase the life-span of an individual, reveals a recent study. 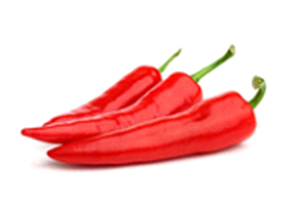 This observational study was conducted by Lu Qi of Harvard School of Public Health and Brigham & Women’s Hospital in Boston.  The study results were published in PLOS One journal . The results  showed that hot chilli pepper consumption was associated with 13% lower risk of death, thereby, increasing the life-span of an individual.

Hot chilli pepper is the most common spice used in Indian dishes. It is a common spice ingredient used both in North and South India.  Hot chilli pepper contains a spice component called capsaicin which has a number of beneficial properties such as anti-obesity, anti-oxidant, anti-inflammatory and anti-cancer properties.  It has also been proved to have an anti-microbial effect in the body.

But the people who are allergic to spicy foods, have any digestive disorders such as stomach ulcers, or have intolerance to spicy food  should avoid the consumption of hot chilli peppers.