Colic is a severe abdominal pain due to any form of obstruction in the intestine. It is most common in infants and also referred to as baby colic or infantile colic. Although the exact causes of colic are largely obscure; indigestion, imbalance in the microbial fauna in the gut, food intolerance, overfeeding or underfeeding and family stress are some of the possible contributing factors. 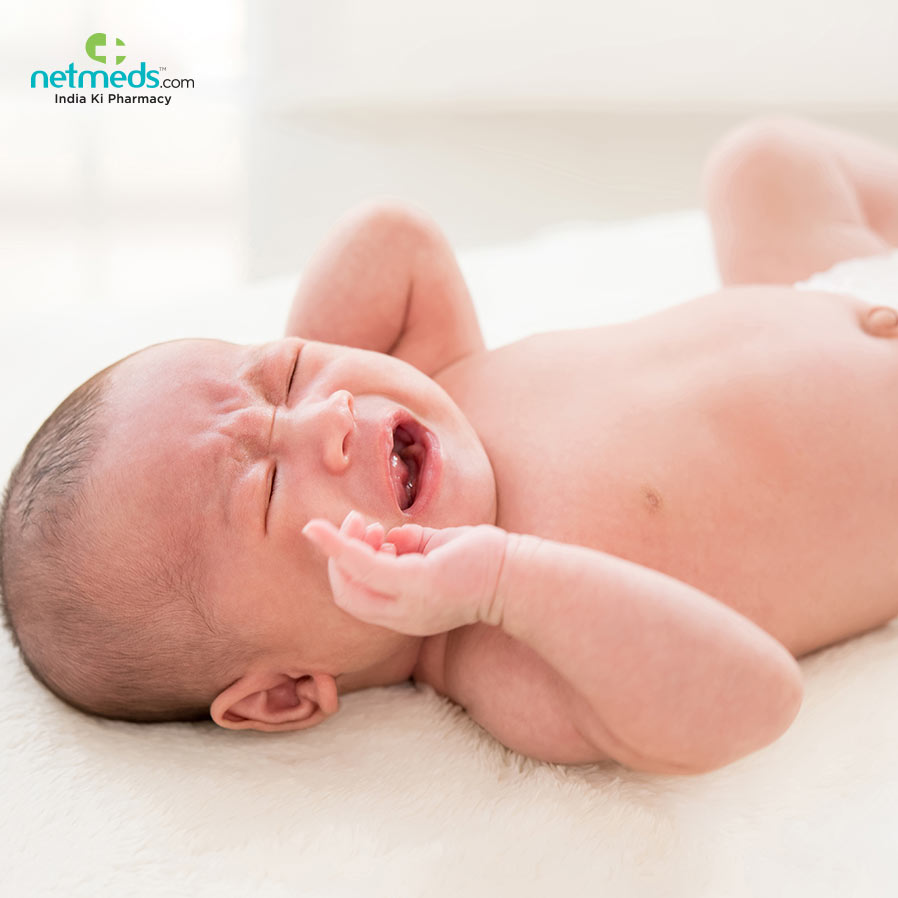 Flatulence and acid reflux has also been found to be associated with colic in certain instances. It is most common in the first few weeks and fourth month of an infant’s life. It is mainly characterized by intense crying for long hours with flushed and red face and the frequency is higher in the late afternoon to evening. Altered body postures like tensed abdominal muscles, arched back and clenched fist may also be associated with colic.

Some infants, depending upon the severity and intensity of the pain, may experience restlessness and may pass wind during crying. Pre-term and full-term pregnancies, formula-fed and breastfed babies and infants born to smoking during pregnancy are at much higher risk of developing colic.

In majority of the instances, colic is a normal part of the infant’s life and medication is generally not recommended. However, exclusion of cow’s milk protein may cure in certain instances. Simethicone drops, being an anti-foaming agent, reduce the amount of trapped wind and have been effective in reducing abdominal pain. Lactase drops, in some cases, have also been found to be effective in minimizing cramps associated with colic. However, there is no single therapy for complete cure and a combination may help in reducing the symptoms.