Diabetes insipidus is a rare metabolic disorder that results in increased urination and thirst due to deficiency of antidiuretic hormone (ADH) or vasopressin. ADH hormone main function is to regulate how fast or slow fluids are excreted. Diabetes insipidus occurs when the body does not efficiently balance the body fluids level and should not be confused with diabetes mellitus.

Diabetes insipidus is categorized into four types based on its underlying causes.

Central diabetes insipidus is caused due to damage of the pituitary gland from surgery, tumour, head injury or any illness that affects the normal production and release of ADH hormone.

Nephrogenic diabetes insipidus occurs when there is a fault in the kidney tubules which causes water to be excreted or reabsorbed. This defect makes the kidneys unable to respond to ADH hormone.

Gestational diabetes insipidus is a rare disorder that occurs during pregnancy when an enzyme produced by the placenta destroys ADH.

Dipsogenic diabetes insipidus leads to the production of a large amount of urine. The underlying cause is an increased intake of excessive fluids. It may also be caused due to the damage of thirst-regulating mechanism.

However, it is a rare disorder. Patients with trauma and brain tumour are at high risk of developing diabetes insipidus. The major complications associated with it are dehydration and disturbed electrolyte balance of the body leading to disorders of kidney and nervous system as well as muscles weakness. 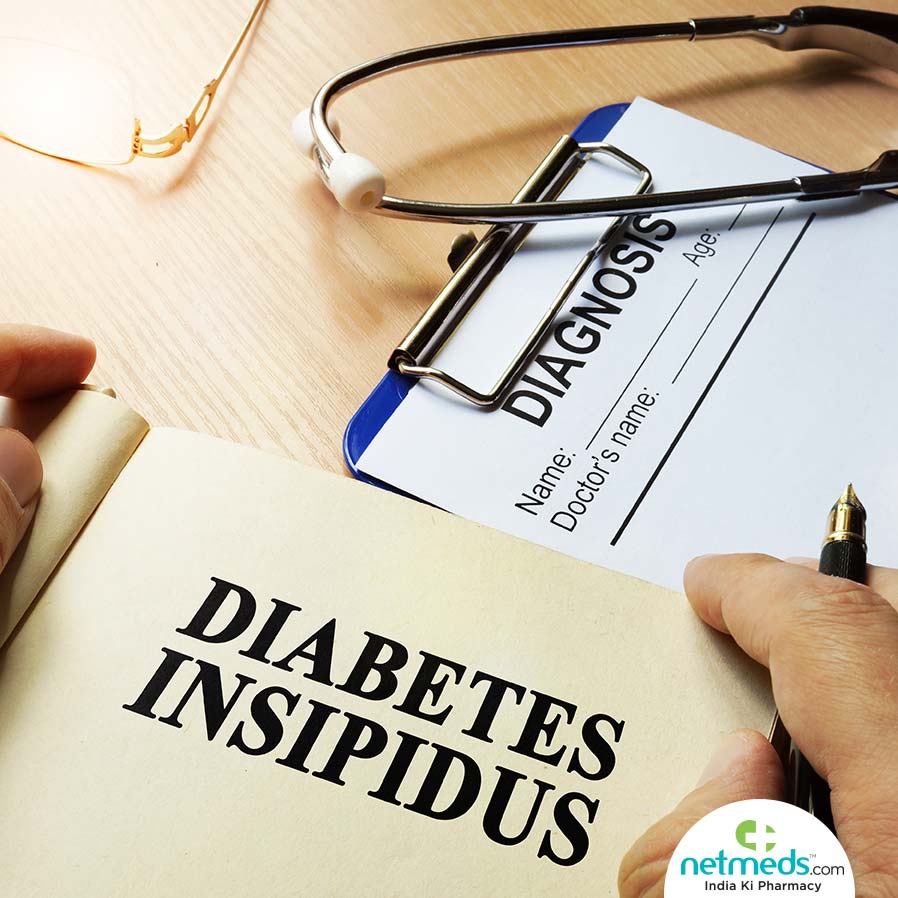 Treatment of diabetes insipidus aims at preventing excessive water loss and restoring fluid deficiency. It includes injection of ADH along with other medications like the use of synthetic analog of ADH, commonly Desmopressin to restore the electrolyte balance and water levels of the body.