Cryptorchidism is a relatively frequent disorder in males, commonly referred to as undescended testicles. It is a condition wherein either one or both testicles – the male reproductive glands, are not situated in the correct location i.e. in the sac-like skin tissue beneath the scrotum or penis, prior to the baby being born.

This defect usually develops in infants born with prematurity syndromes and the testicles eventually realign to fit into the precise position within a few months after birth. However, in case this doesn’t occur naturally and the instance of undescended testicles is not reported to a doctor, complications including testicular cancer, very low sperm production and poor fertility capabilities tend to arise in the affected individuals. 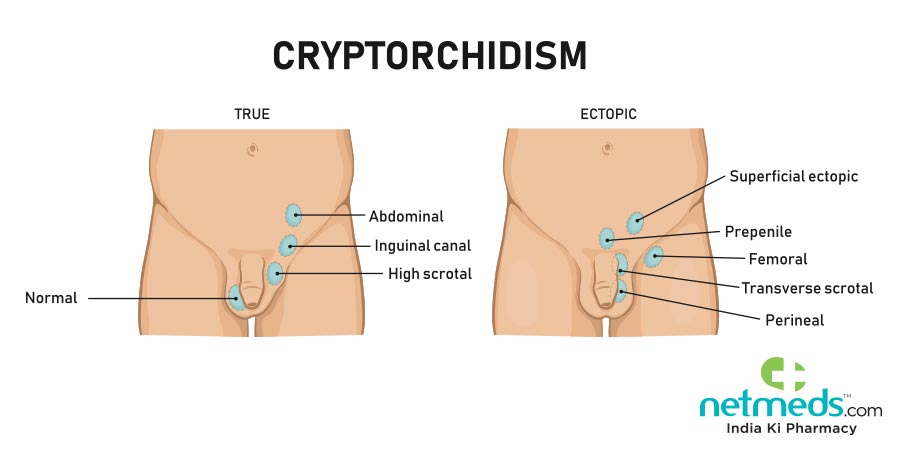 The precise reason behind cryptorchidism has not yet been determined. Most medical experts attribute this health anomaly to genetic aberrations, nervous system malfunctions and pre-exiting illnesses in the mother as well as external environmental factors such as exposure to harmful chemicals, smoking, alcohol consumption during pregnancy.

Other factors that trigger an instance of undescended testicles include the newborn having a low birth weight, encountering a premature delivery, besides a family history of the condition.

The case of undescended testicles in the baby could present as a palpable or unpalpable disorder.

The majority of cryptorchidism instances fall into the palpable category, with the main symptom being the physician identifying the testicles positioned at the close of the inguinal canal. This is a tubular structure that directs the spermatic cord to the penis and scrotum.

Yet, when the healthcare provider cannot locate the testicles in the infant, then it is considered as unpalpable situation of cryptorchidism. This could be due to the testicles still remaining in the abdominal cavity, or at the initial portion of the inguinal canal, making it difficult to spot. Moreover, in some cases, the complete nonappearance or very small size of the testicles makes it a situation of atrophic or absent cryptorchidism.

When the circumstance of cryptorchidism is not given appropriate medical treatment on a timely basis, it prompts grave complications in the affected males, in adulthood. These comprise serious illnesses like testicular cancer, testicular torsion and inguinal hernia. It could also lead to major fertility complaints due to low sperm count as well as unbearable pain and trauma.

When the male child is born and the doctor is unable to locate the testicles, then certain procedures are carried out, to confirm the instance of cryptorchidism.

The foremost diagnostic test is a laparoscopy, wherein the doctor introduces a small tube with a camera into the abdominal tract of the newborn, to see if the testicles are present in that region. Also, an open surgical process may be performed, if a laparoscopic technique is insufficient to identify the position of the testicles, so as to provide a wider view of the abdomen and groin areas.

Further invasive tests may be done, to probe the blood vessels leading up to the testicles, to see if they have not formed fully or are completely absent.

Since the testicles will not descend into their appropriate position after the baby is 3 months old, the primary method of treatment for cryptorchidism is surgery. In most cases, the surgical procedures are performed after the baby completes 6 months or 1 year of age and before 18 months.

The surgical method is medically termed as orchipexy, which involves the doctor maneuvering the testicles to place them in the scrotum and then accurately stitching them to firmly affix the organs in that region.

Upon successful completion of surgery, the testicular development of the child becomes normal and the progress is monitored by measuring hormonal levels and scrotum structures regularly. This improves reproductive health in male babies born with undescended testicles, reverses the instance of cryptorchidism and lowers the chances of acquiring testicular cancer later on in life, promoting longevity. 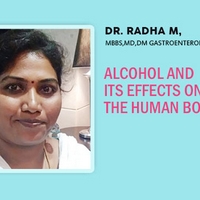 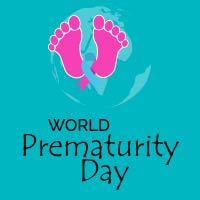 World Prematurity Day is observed on November 17, every year to seek attention a.. 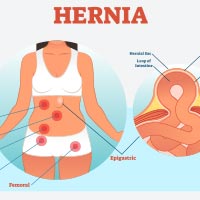 A hernia is an abnormal exit of tissue or organ, such as the intestine that brea.. 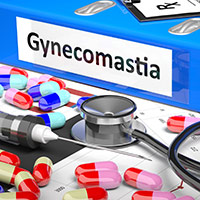 Gynecomastia refers to the enlargement of the breast tissue in boys and men. It ..