Bronchitis refers to the inflammation of the bronchi and bronchioles – the tubular structures that provide for the passage of air to and from the lungs. Typical signs consist of incessant coughing, with severe colds triggered by excessive mucus production within the respiratory canal. In a normal, healthy individual, air enters the body via the nose and mouth upon inhalation, then goes through the trachea i.e., the windpipe. It gradually traverses along the bronchi, also called bronchial tubes, which are cylindrical pathways branching out from the trachea on both sides, lined with mucous glands and hair-like projections – cilia, that further extend into smaller ducts – bronchioles, to finally transport the air into the lungs. After the exchange of gases, air that is exhaled travels the same path via the bronchioles, bronchi, trachea and is breathed out from the nose and mouth. Owing to swelling and obstructions in the bronchi, bronchioles upon developing bronchitis, the smooth flow of air in and out of the lungs is impeded, besides problems of trapped phlegm, cough and cold. 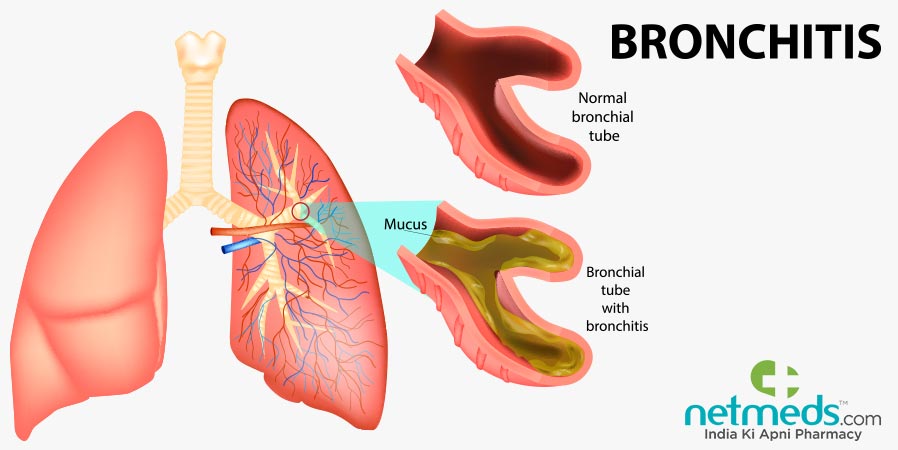 In most instances bronchitis can be effectively mitigated upon promptly reporting the indications to the doctor, followed by pertinent medications and home remedies. Lifestyle modifications of avoiding smoking and steering clear of toxic pollutants also contribute to alleviating bronchitis. However, in some cases, bronchitis may result in pneumonia or chronic obstructive pulmonary disease (COPD), which must be diagnosed and treated at once.

Bronchitis is primarily categorized into two types – acute and chronic, based on the causative factors, as well as the duration and severity of symptoms encountered.

Acute bronchitis occurs very commonly in people of all age groups, primarily due to viral infections. The symptoms can be aggravated upon smoking tobacco or exposure to chemical fumes. Mostly, the signs of cough, cold and inflammation subside after 10 – 14 days but at times, they can prolong for up to 3 weeks.

Chronic bronchitis arises less frequently in people, with cough, sputum lasting for 3 months at a stretch and the condition recurs every year in some individuals. It is at first instigated by a viral infection like influenza, tobacco smoke or toxic gaseous chemicals, which then subsequently block the passage of air to and from the lungs due to inflammation of the bronchioles, bronchi and are hence classified as a type of COPD.

While acute bronchitis is mostly triggered by viral infections, by the same pathogenic microbes responsible for the common cold, flu/influenza, chronic bronchitis is chiefly triggered by smoking tobacco, continuous exposure to air pollutants, toxic chemical fumes in the surroundings at work or home.

Many aspects can make a person more susceptible to contracting bronchitis, such as:

The distinguishing symptoms of bronchitis comprise:

In certain cases, the above symptoms may last for a long time and may also be a sign of asthma or pneumonia. It is hence advised to report the symptoms of respiratory trouble promptly to the doctor for an accurate diagnosis and suitable treatment to allay cough, cold, breathing difficulties and restore lung power.

The doctor conducts a physical exam, by placing a stethoscope on the patient’s chest to gauge the functioning of the lungs while breathing in and out. If the symptoms are minor and do not extend for more than a week, then no further evaluations are done.

However, if the patient reports repeated cough and cold that does not subside even after 3 weeks, then additional analyses are carried out. These consist of a chest X-ray, to visualise pneumonia from viral infections or damage to the lungs due to smoking tobacco, aside from sputum tests, to investigate the mucus secretions coughed up from the lungs for microbes, allergies and pulmonary function tests, to measure the volume of air that the lungs can retain as well as their functioning, to ascertain if the patient has asthma or emphysema.

Mild instances of bronchitis do not require any treatment and the inflammation subsides on its own after 1 – 2 weeks. Apart from adopting healthy habits of proper diet, consuming herbal teas, steering clear of smoking tobacco and avoiding places where chemical fumes are released, using humidifiers in the home and inhalers to promote easy breathing are also advised by the physician.

In cases of severe symptoms in acute or chronic bronchitis, cough medications are given to prevent frequent discomfort and forced release of mucus, besides pertinent allergy medicines and prescription drugs for hypersensitivity reactions, asthma, COPD, pneumonia, to lessen lung inflammation and ensure smooth flow of air via the respiratory channels. 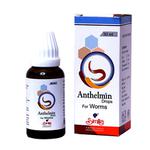