Breathe Cautiously: The Air You Breathe Is Saturated With Pollutants

In big cities, the numerous vehicles on the road and the never-ending construction have contributed to the rise in the pollution levels. Meanwhile, running behind the clock, people forget to be socially responsible. While focusing on a life of ease, we have ignored the pollutants emitted by the vehicles. The air we breathe is polluted and dangerous, a slow poison which kills us little by little. Decline in the air quality is being majorly witnessed all over the country, especially in the metro cities. 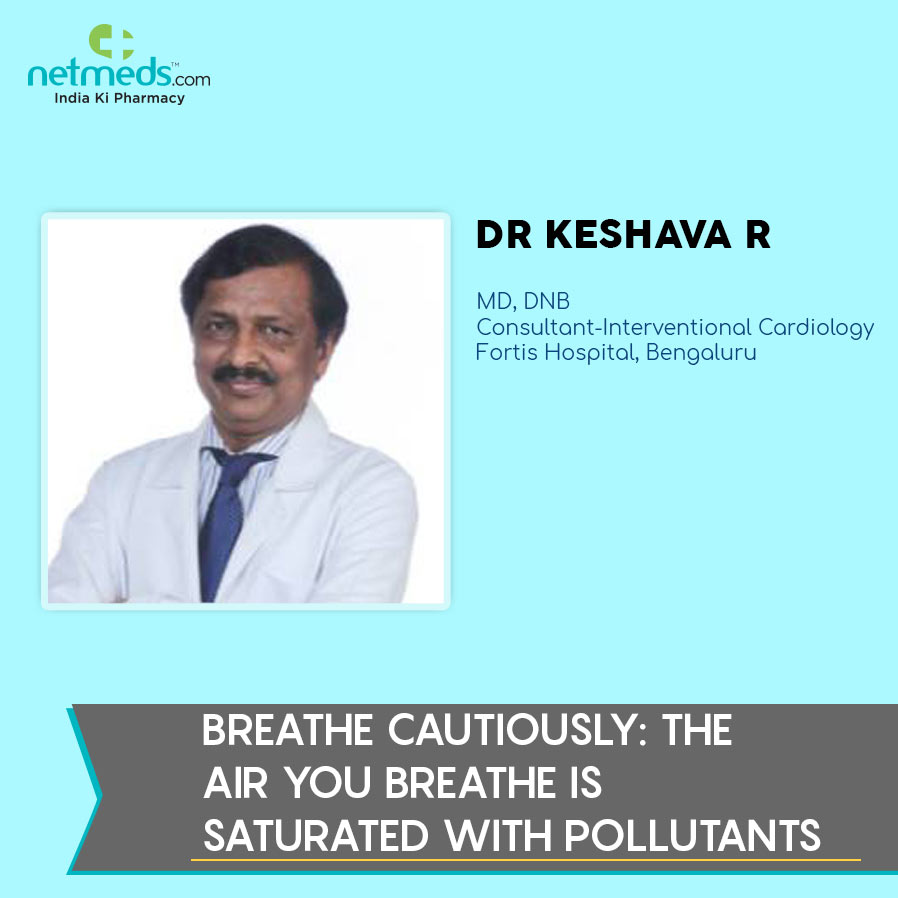 In recent days, many cities in the country have bad quality of air because of the increasing number of vehicles and unscientific waste management. The metro cities are only getting worse by the day. For instance, Bangalore is particularly known for its traffic, which indirectly paves the way for air pollution. This deterioration has affected the ecosystem and has put the lives of the residents at stake.

Heart And The Pollution: The Relationship

People exposed to these hazardous substances emitted through smoke produced by factories and those living near intersections of roads are at a high risk. These risks are further divided into two based on their exposure levels. Meanwhile, people who have no risks are likely to develop heart attacks due to increased urban pollution.

● Short-term exposure where it leads to heart attacks, strokes, arrhythmia and heart failure probably in some vulnerable sections of people like the elderly, who have pre-existing health concerns.

Higher the exposure, the higher the risks

● Firstly, it damages the inside walls of your blood vessels which causes it to narrow and harden.

● Constriction of blood vessels increases the blood pressure which strains the heart.

● Sometimes, higher exposure can cause blood to thicken and form clots.

● It affects the electrical functioning of the heart, which leads to arrhythmia.

● There are some changes in the structure of heart which is similarly found in the initial stages of heart failure.

As mentioned above, these factors might also initiate new health problems, or worsens the situation of the present condition of the heart and circulatory conditions which can probably lead to heart failure and stroke.

Types Of Heart Diseases Due To Air Pollution

Some micro- and nanoparticles carried by the air enters through the nasal tract and reach the lungs which lead to heart conditions which can be severe. Some of the conditions are:

When gaseous components accumulate in the heart, it has a positive association and ends to hospitalisation. People suffering from pre-existing conditions like chronic heart failure and hypertension are at higher risk.

This disease is caused when there is a fatty deposit in the arteries which is outside the brain and heart.

A group of conditions which affects the circulation of blood to the brain, where there is no flow of blood to the affected areas. Some of them are stroke, transient ischemic attack and vascular dementia.

This is one of the worsening public health issues caused due to air pollution. The rate of incidence of heart failures is greater with long term exposure.

Conclusion: Things To Watch Out For

Wearing a mask can stop us from inhaling hazardous substances present in the air.

● Change How And Where You Exercise:

If the quality of the air is bad, change the place and the way you perform physical activities. For instance, instead of jogging, walk indoors and consider some indoor activities to avoid extreme pollution.

A better quality of air brings a healthy heart for a joyful life. Meanwhile, to avoid vulnerable situations, we could be a little socially-responsible to help in reducing the pollution rate for a better world to live in.