October is marked as ‘Breast Cancer Awareness Month, an annual campaign to raise awareness about the impact of breast cancer. The motive of this month-long campaign is to provide a detailed insight into this disease, and support the patients and survivors besides understanding the biology and behaviour of this type of cancer affecting millions of women across the world, annually. There are many ways to diagnose the presence of a lump in the breast at an early stage, and timely detection of the malignant cells plays a crucial role in successfully combating this condition.

In certain instances, the presence of breast cancer is detected after symptoms appear, but many women with breast cancer have no apparent indications. Therefore, regular breast cancer screening is a highly crucial and imperative step. The growth of malignant cells depends on various factors like their genetic structure and behaviour. While certain tumours tend to grow at a faster pace, other cells may take a while to show up.

Breast cancer treatment options and other recommendations are very personalized as they often depend on the tumour stage and subtype, including hormone and nodule status.

Genomic testing, the patient’s age, general health, and current menopausal health status are potential reflectors that may trigger mutations in inherited breast cancer genes. Treatment for stages I to III breast cancer usually includes surgery and radiation therapy, often with chemo or other drug therapies either before or after surgery.

Broadly, breast cancer can be divided into the following stages:

Stages 1A: Tumour is small in size and invasive but has not spread to the lymph nodes

Stage 1B: Cancer cells in the lymph nodes are less than 2mm in size. The tumour in the breast is smaller than 20 mm.

Stage 2A: Any of the following conditions

No evidence of a tumour in the breast, but the malignant cells are found in 1 to 3 axillary lymph nodes and have not spread to distant parts of the body.

The size of the tumour is 20 mm or smaller but spread to 1 to 3 axillary lymph nodes.

The tumour is more significant than 20 mm but smaller than 50 mm and is not found in the axillary lymph nodes.

Stage 2B: Either of the following conditions

Tumour size is more significant than 20 mm but not larger than 50 mm and is detected in 1 to 3 axillary lymph nodes.

Stage 3A: The tumour can be of any size and has invaded into 4 to 9 axillary or internal mammary lymph nodes. No evidence of malignant cells in other parts of the body

Stage 3B: The tumour is found in the chest wall, causing inflammation and ulceration. Known as inflammatory breast cancer, it is detected up to 9 axillary of internal mammary lymph nodes but not in other body parts.

Stage 4: The tumour has spread to distant lymph nodes and other organs such as the lungs, brain, liver, bones, chest wall, etc.

Many effective therapies and treatments for this illness, such as breast surgery, chemotherapy, radiotherapy, and targeted therapy that may remove or destroy cancer, are available, but there may be other concerns after treatment. Few cancer survivors choose breast reconstruction surgery to rebuild the shape and look of the breast, but this option may not be an amicable solution for everyone. However, the disease can be prevented and effectively managed with proper lifestyle modifications and dietary changes.

Foray into this infographic to learn more about five basic guidelines to combat the pain and trauma associated with this disease. 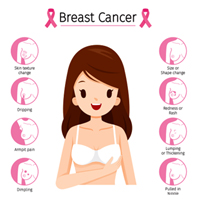 October is observed as ‘Breast Cancer Awareness Month across the globe. Br.. 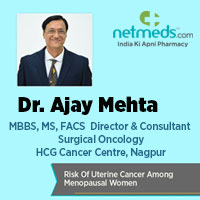 Risk Of Uterine Cancer Among Menopa..

A Women’s body undergoes numerous changes during her lifetime. Menopause i.. 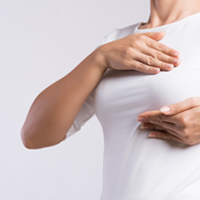 Breast Cancer: What To Look For Dur.. 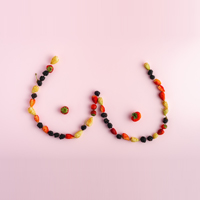 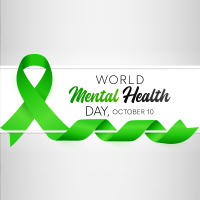 World Mental Health Day is observed annually on October 10 throughout the globe .. 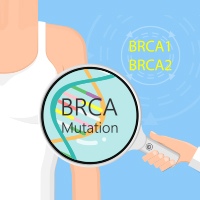 Breast cancer is a type of cancer where the proliferation of malignant cells beg.. 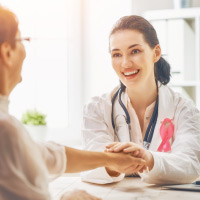 October is marked as ‘Breast Cancer Awareness Month, an annual campaign to.. 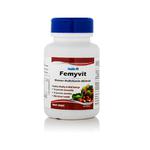 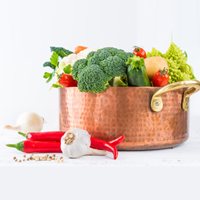