10#yearchallenge: A Decade of Dhoni

With #10yearchallenge gripping the social media, International Cricket Council (ICC) and Board of Control for Cricket in India (BCCI) too decided do their bit in honour of the most loved cricketer of all times – Mahindra Singh Dhoni. 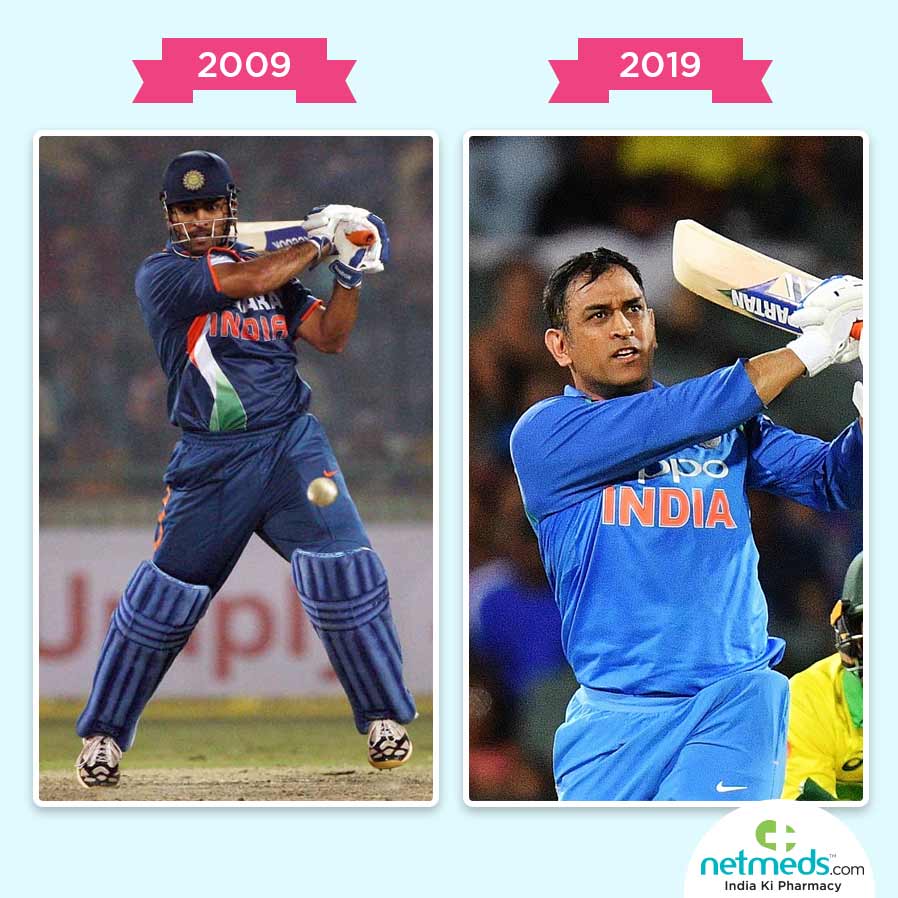 In a tweet, ICC posted pictures of Dhoni along with the caption #2009vs2019@msdhoni still smashing sixes and finishing chases!

And BCCI too posted pictures of Captain Cool in his trademark helicopter shot, captioning #10yearchallenge @msdhoni along with emojis wearing sunglasses!

Dhoni is the only Indian cricketer to get that honour from ICC, as a part of #10yearchallenge, which stands as a testimony for his greater contributions to both Indian and international cricket in his entire career.

On this occasion, Netmeds.com lists out few landmark achievements of its brand ambassador, in the last decade.