Moms With Dogs Have Healthier Babies 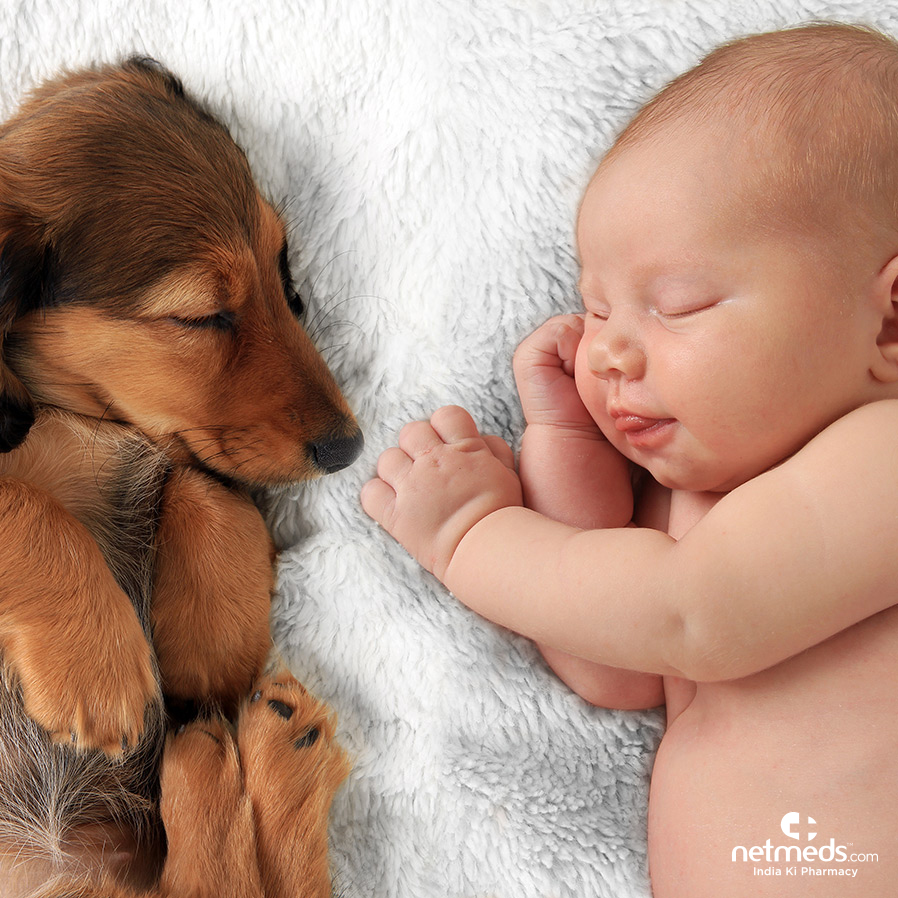 Having a new-born at home you may be worried about the germs from your dog infecting your precious bundle of joy. According to a recent study, a pet, especially a dog, at home may lead to better health for your little one and moms-to-be.

Researchers analyzed 746 family over three years and found that homes where pregnant moms and little ones were exposed to cats or dogs resulted in higher levels of "good for you" gut bacteria that help fight off health conditions like allergies and obesity. (Study by the University of Alberta in Canada )

Research suggests  that exposure to pet dander, as well as the microbes that pets carry into the home from outdoors, could boost babies' still-developing immune systems and they adapt early to ward off attack from common allergens and bugs, such as from animals or other bacteria and viruses. Some of these bacteria were associated with lower risk of developing allergic diseases & obesity later in life.

The exposure to pets somehow matures the immune system so when the child meets the microbes, "he might be better prepared for them," says Dr. Eija Bergroth, a pediatrician at Kuopio University Hospital in Finland who led the current study.