Listen, Before It’s Too Late!

Hearing loss isn’t something that happens overnight, it is a gradual process. Often, the early signs of hearing loss are overlooked and the person experiencing it will usually not notice any of these symptoms and eventually get accustomed to low hearing ability. However, the people around him or her are often the ones who notice these changes first. People usually lose up to 7years of time in accepting that they have a hearing problem. Even if they start disregarding these early signs, it might lead to profound deafness that otherwise could be treated.

Vinita, an IT professional, suffered sensorineural hearing loss at the age of 25. Her negligence towards the hearing problem overshadowed the importance of detecting and treating it and sadly her hearing condition deteriorated when she entered her 30s. Majority of the people suffering from hearing disabilities are often left untreated because of the unacceptance which later worsens the condition.  The hesitation to be associated with hearing loss at a young age forced her not to go for a check-up, however, this in turn became a major problem in her life.

Hearing loss can be divided into 3 types depending on which part of the ear has been damaged, the middle ear, inner ear or both. They are classified as: 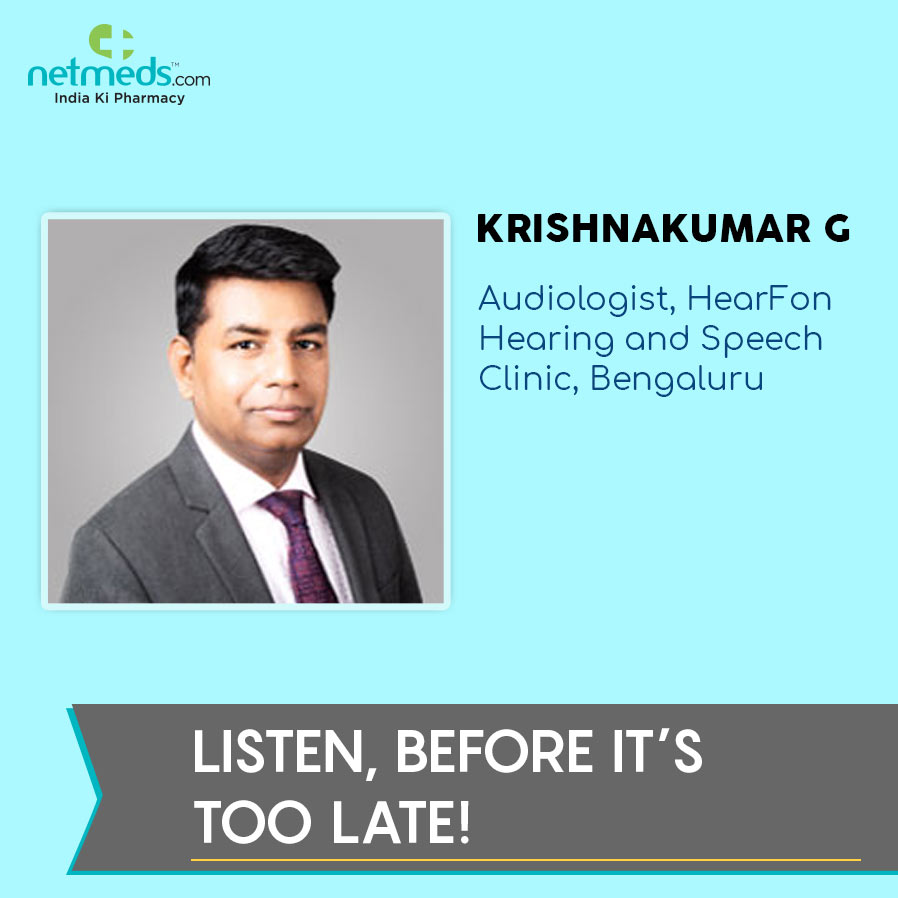 The damage in the outer or middle ear is referred to as conductive hearing loss. It is usually caused due to a buildup of fluid in the ear, ear infection or a perforated eardrum. This obstruction prevents the sound from reaching the inner ear, making it difficult to hear soft sounds.

The most common type of hearing loss, it refers to the damage in the inner ear and can have permanent effects. It occurs due to damage in the hair-like cells or an injury to the auditory nerve. As a result, it weakens or stops the transfer of nerve signals to the brain.

The combination of conductive and sensorineural hearing loss is referred to as mixed hearing loss. In this case, both the middle and the inner ear experiences some kind of injury. Its causes are similar to the other two types.

The symptoms of hearing loss are usually subtle and are avoided in most of the cases. One needs to understand them to be able to identify it. In the beginning, most of the people face issues in hearing some specific sounds. Also, due to its slow progression, it gets even more difficult to realise it. So if you find anyone around or yourself with any of these symptoms, it is advisable to get it diagnosed at the earliest.

Here are a few of the signs that act as an indicator of hearing problems:

You face difficulty in comprehending what others are saying. You often feel people are either talking too fast or are mumbling.

You often need to ask people to repeat themselves. It is difficult for you to understand things in one go.

You Are Watching Only Lip Movements:

Instead of looking in the eye, you start observing the speakers lips to understand what they are saying.

You feel like something is constantly ringing or buzzing in your ears. It is also known as tinnitus. This condition may also lead to permanent ear damage.

You find yourself not responding to people who are not right in front of you. Also, you do not hear the usual sounds like that of the alarm, doorbell, ticking of the clock even in complete silence.

It becomes necessary to increase the volume of your phone, TV or radio in order to be able to hear them. Also, it becomes difficult for you to follow a show or series as you tend to skip sounds.

Some consonants are higher-pitched making it difficult to hear. They are the major part of any speech and thus, it becomes even more problematic to interpret them.

Family and peers often complain that you are too loud and often screaming and not talking. They tell you that you might have an issue with hearing. Don’t ignore what they say.

Accepting that you may have a hearing disability is the most difficult part. We often tend to blame other people or circumstances for its cause. This may not only affect your health but negatively impact your social life and interfere with your communication. It is always advisable to not ignore these signs and take appropriate measures to prevent further damage to the ear. If any of these symptoms prevail, consult an audiologist and arrange for a hearing test at the earliest.

Krishnakumar G, is an Audiologist and Founder at HearFon Hearing and Speech Clinic, Bengaluru