Gallstones: Get Treated Before It’s Too Late

Gallstones are particles that are formed from bile cholesterol and bilirubin in the gallbladder. In this article, let’s discuss the reasons behind the formation of gallstones, diagnosis and treatment.

Does Low-Fat Food Cause Gallstones?

Talk to people suffering from gallstones and you will find that people who had removed their gall bladder are almost 100 percent those who run at the mere mention of fatty food and are strict followers of low-fat diet. This has been my experience. They are very likely to scream at the sight of coconut, butter, oil, clarified butter, egg yolk and just about everything that is associated with fat. How did they develop gallstones after eating such a health-conscious food? An additional bit of information – many of those had taken Statin at some point of time in their lives.

Who Is Likely To Develop Gallstones?

As stated before, except women of reproductive age and those on hormone therapy, among the rest of the population, those who follow fat-free diet are very likely to develop gallstones.

Restricting the intake of balanced food, including fats, due to reasons like long time and frequent fasting, or crash diets to lose weight, increases the chances of the formation of the gallstones. Intravenous intake of food during hospitalization also could lead to gallstones.

Avoiding frequent and long-time fasting, consulting with the doctors during weight loss ‘dieting’ and taking pills to prevent the formation of gallstones and taking cholecystokinin injections when being fed intravenously are advised to prevent the condition.

Those with excess weight, diabetics and people living a very sedentary lifestyle too are among the high-risk group. 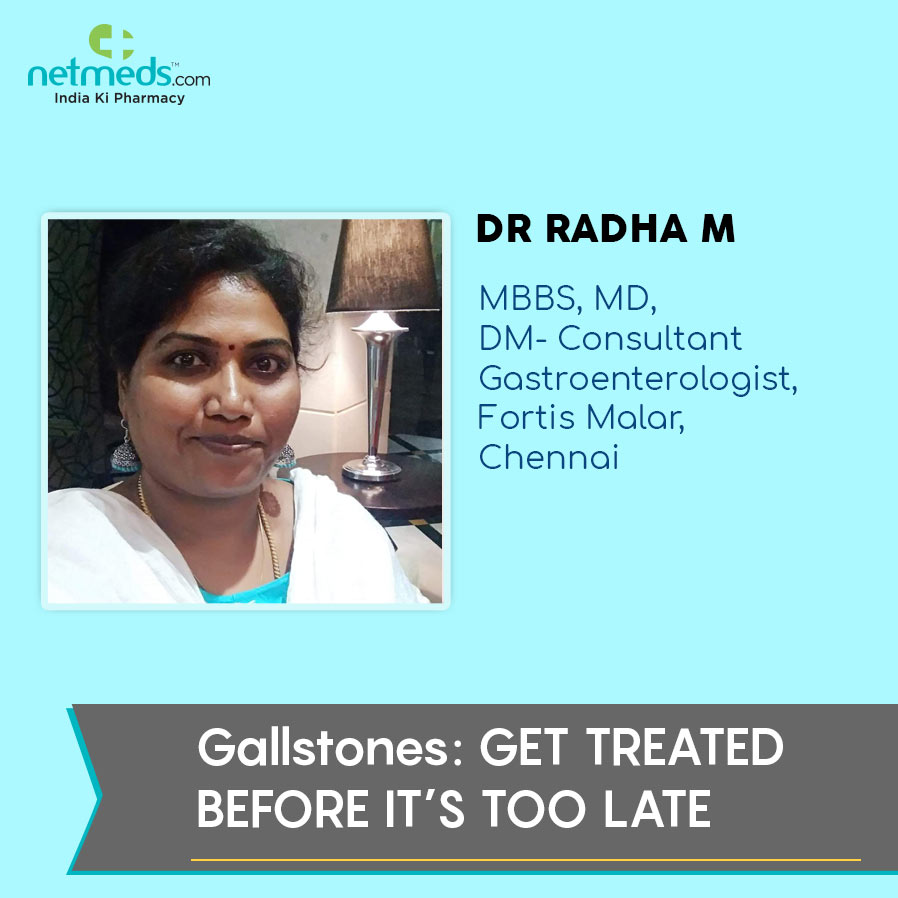 How Are These Gallstones Diagnosed?

The presence of these stones can be confirmed through ultrasound scans.

What Do You Do After Confirming The Presence Of Gallstones?

In the previous post, I had said that the presence of the gallstones can be confirmed only through ultrasound scan. More than 90 percent of the times, these stones show no symptoms. These stones are diagnosed only accidentally, when we are performing a scan to find something else, or during the general check-ups.

Now That You Know You Have The Gallstones, What Do You Do?

Consult with the doctor. Only the doctor can decide the course of treatment that is best suited for you.

Usual Questions Raised By The Patients:

1.    Is Surgery Inevitable? Can It Not Be Dissolved By Medicines?

That depends on the size of the stones.  If there are only one or two stones and none of them is bigger than 5 millimeters in size, then you can try dissolving them with medicines, but it’s highly unlikely to that the stones would dissolve completely.

2.    When Can The Surgery Be Performed?

It is advisable to start the treatment as soon as you confirm that it is the stones that are causing you the pain and discomfort. These stones provide an ideal base for infections to grow. The acute pain, discomfort and constant nausea you experience are generally an indication that the stones have got infected due to the growth of bacteria and germs. A single episode of pain due to gall stones is an indication for surgery.

For some, the pain and other symptoms come and go mildly. In such cases, surgery is prescribed when the gallbladder is more than four mm thick.

3.    Will Only The Stones Be Removed, Or Will The Doctor Remove The Entire Gallbladder?

The entire gall bladder, along with the stones, is removed. It is impossible to remove the stones alone.

4.    How About Removing The Stones Through Endoscopic Surgery?

5.    What Are The Health Consequences Of Removing The Gallbladder?

The consequences aren’t that dramatic or severe. The liver will start storing the bile juice in the bile ducts. Gradually, these bile ducts will start functioning like the gallbladder.

6.    What If The Patient Chooses To Not Undergo Surgery To Remove The Gallbladder?

The infection from the stones in the gallbladder will spread to other organs and the entire body. It could affect even the brain. Persons suffering from long-term diseases like diabetes and high blood pressure risk infecting their kidneys. When these stones block the gallbladder passage, it could result in jaundice or swelling of the pancreas.

Therefore, the sensible thing to do, when diagnosed with gallstones, would be to consult with a doctor and act as per the advice is given.