The age-old adage “Health Is Wealth” stands very true in present times, particularly over the past year and a half where countries around the world witnessed the harmful effects of the COVID-19 pandemic. And as the infectious viral ailment continues its rampage, the most valuable asset – health - can not only be safeguarded but also enhanced by a treasure trove of therapeutic plants. Mother Nature has truly blessed humankind with a plethora of flora and one such herb widely documented in Ayurveda – the ancient Indian system of medicine is Bakuchi.

Designated by the scientific name Psoralea corylifolia and commonly called Bakuchi/Babchi, the seeds of this beneficial plant are kidney-shaped, bitter in taste, laden with astounding healing properties and yield a potent oil – bakuchi oil. These include uplifting heart functions being a natural cardiac tonic, relieving fever, cough, cold, ameliorating diabetes symptoms, besides their extensive use as a topical treatment for skin disorders like psoriasis, vitiligo, acne and for supporting the growth of long, thick, healthy hair. 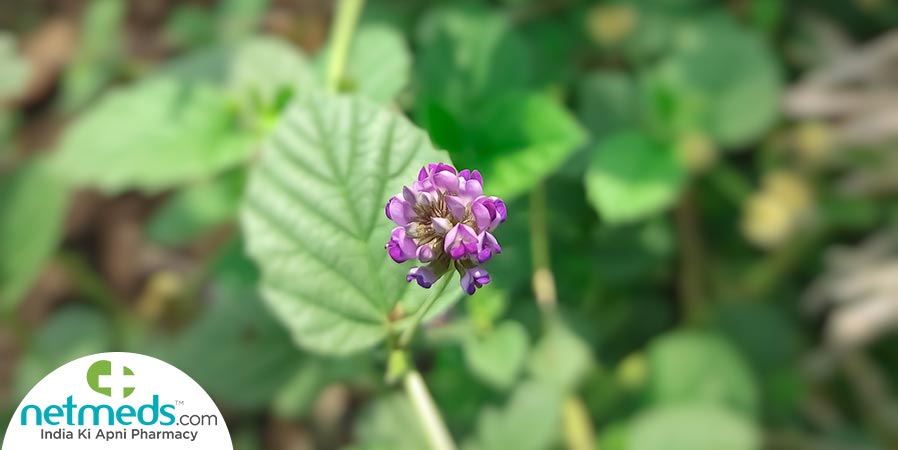 Bakuchi is famed for its outstanding medicinal uses since time immemorial, both for external application on skin and hair and for internal consumption to rectify a host of ailments in the digestive, respiratory and circulatory systems. With the botanical nomenclature Psoralea corylifolia, bakuchi belongs to the Fabaceae family of plants that thrive in humid environments in parts of India, China and warmer Southern regions of Africa. It is an erect annual herb that reaches heights of up to 1 m with branched stems covered with thin white hair-like projections. Leaves are typically 7 cm long, with a round shape, petiolate arrangement and prominent pointed margins with brown or black coloured glandular spots. Light purple flowers bud into one-seeded fruits. The seeds of bakuchi are shaped like kidneys, have a rather bitter taste and unfavourable odour, with an oleaginous pericarp exterior that exudes a therapeutic oil. The part of the plant widely utilised in medicinal applications is the seed, which is rich in the phytonutrient psoralein, as well as several other antioxidants. 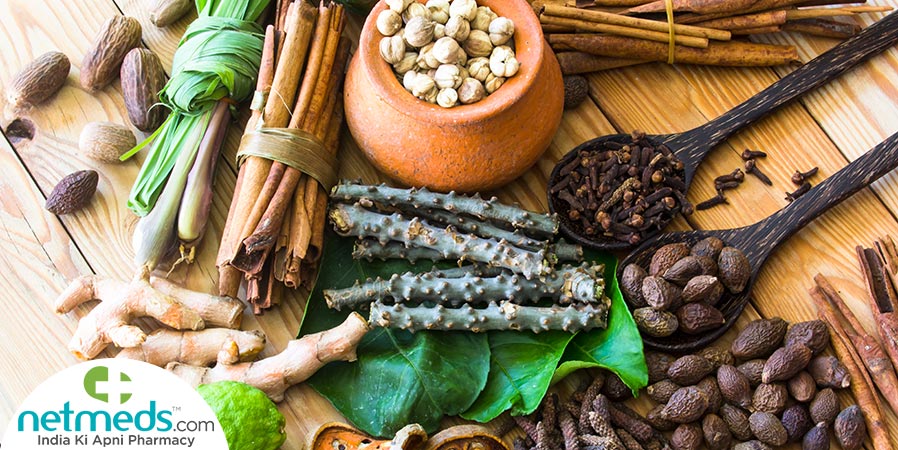 The seeds of the bakuchi plant hold supreme healing powers and are useful in remedying myriad health anomalies. The restorative properties of bakuchi as documented in Ayurveda include Ruchya – to remedy anorexia, Kushtangna – to treat skin disorders, Keshya – to improve hair growth, Shwasahara – to treat respiratory anomalies, Jwarahara – to remedy fevers, Mehahara – to rectify urinary tract infection, Vishtambrut – to cure constipation and other digestive disorders. 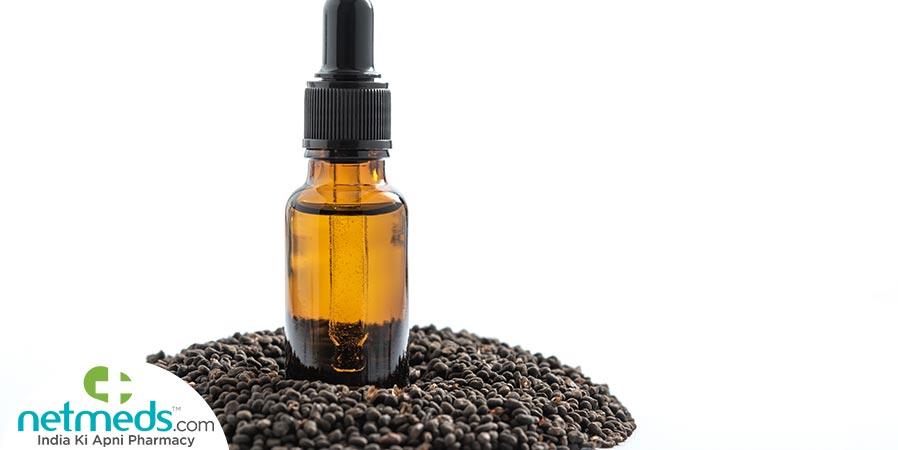 Laden with antioxidant, antimicrobial and anti-inflammatory properties, Ayurveda recommends bakuchi as a powerful panacea to heal and remedy various skin conditions like vitiligo, psoriasis, acne etc. Owing to its blood purifying properties which helps in removing toxins from the blood, it helps in treating a host of skin infections as well. It not only helps in shielding the skin from oxidative radical damage due to the harmful UVA and UVB rays, but also reduces the risk of the various signs of ageing like wrinkles, blemishes, spots, fine lines, and dark circles. It is also beneficial for treating allergic conditions like acne, pimples, zits, psoriasis, scabies, eczema and many more. It is even useful in healing cracked heels.

Bakuchi is packed with powerful phytonutrients that stimulate the growth of hair roots i.e. follicles. Applying bakuchi oil regularly on hair and scalp vastly improves hair texture, thickness, controls hair loss and even helps in preventing premature greying of hair strands. Furthermore, bakuchi oil is a blessing for thwarting dandruff thanks to its antifungal traits, thereby resolving an itchy, flaky scalp and supplementing the growth of long, thick hair.

Imbued with excellent carminative and digestive properties, bakuchi even helps in treating a host of digestive woes. The anti-flatulent property reduces the formation of gas in the alimentary canal, thus reducing flatulence, bloating, constipation, and abdominal distension. The antacid property of the herb prevents the formation of excessive acids in the stomach thereby treating indigestion, ulcer, gastritis and promoting better absorption of nutrients in the body.

The presence of organic acids in bakuchi is extremely beneficial in treating kidney stones and other kidney disorders as well. This bio-active component reduces accumulation and deposition of calcium and magnesium which ultimately leads to stones in the kidneys and ureter. Additionally, being a potent antispasmodic agent, it also allows the already formed kidney stones to easily pass through the urinary system with less pain. 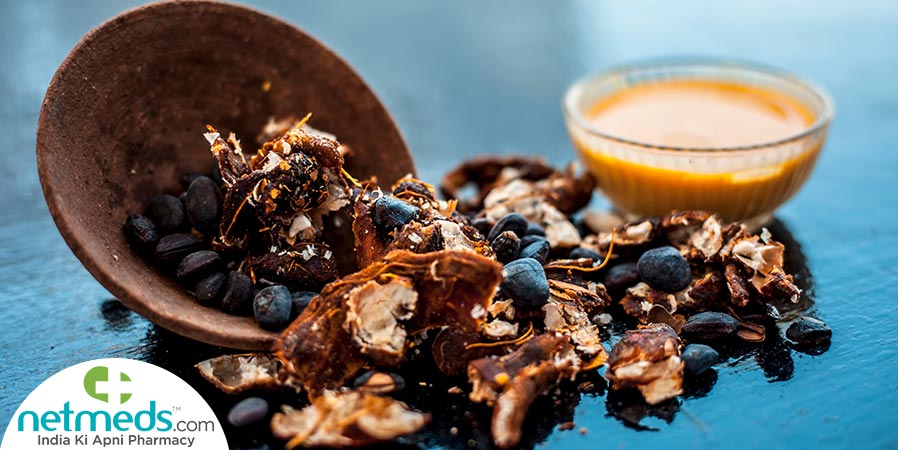 The powerful cardio-tonic properties of bakuchi plays a key role in treating a host of heart anomalies. By acting as a calcium channel blocker, it manages irregular cardiac rhythm. It prevents lipid peroxidation and accumulation in the blood vessels which in turn reduces the risk of atherosclerosis, heart blocks, heart attacks, blood clots, etc. It also reduces platelet aggregation, and thus facilitates smooth flowing of blood throughout the body. The potent vasodilatory action of the herb manages high blood pressure as well.

Many research studies highlight the use of bakuchi powder as a beneficial component in managing benign as well as malignant cancers/tumours, especially ovarian and uterine cancers. The abundance of quinones and cyclic hexapeptides in bakuchi actively helps in combatting the cancer cells in the colon, breast, and liver, lymphoma, myeloid leukaemia, and other types of cancer. 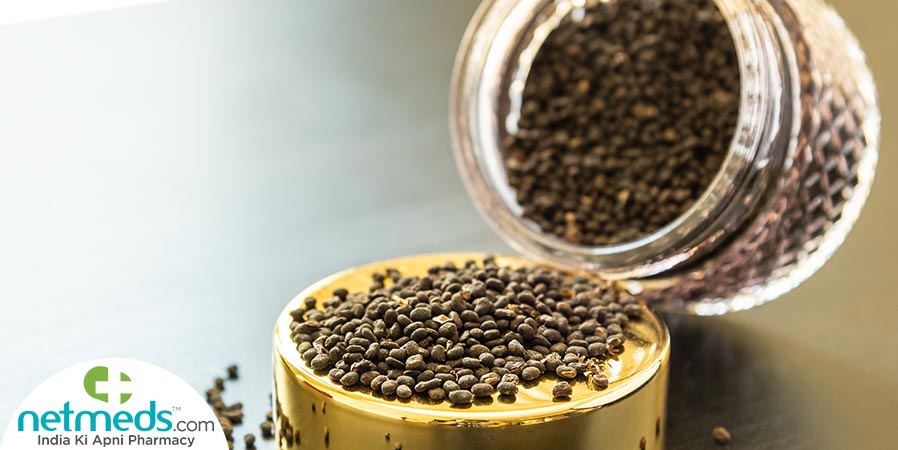 The anti-inflammatory and anti-ulcer properties of the bakuchi seeds holds high significance in treating different types of ulcers like ulcerative colitis, peptic ulcer, canker sores or mouth ulcers, etc. The bioactive components in the herb helps in healing mouth and gastric ulcers. It also helps to speed up the healing process and improves wound contracting ability, tissue regeneration, and wound closure so as to facilitate faster healing.

The potent anti-bacterial and anti-diarrheal properties of bakuchi is extensively used for removing bacteria from the intestines that causes diarrhoea and other intestinal infections. When ingested in prescribed amounts, it can be used for treating a type of diarrhoea known as ama atisara i.e. acute diarrhoea where the bowel is slimy, sticky, full of mucus and has a foul odour. This formulation not only removes the toxins from the body but also effectively reduces the frequency of stools and even treats dysentery.

Blessed with powerful anti-inflammatory, anti-biotic, and anti-asthmatic properties, bakuchi is considered to be a well-known traditional remedy for all sorts of respiratory troubles.  It is pivotal in treating the common cold, sore throat, cough and flu symptoms. It also actively thins and loosens rheum particles within the chest and nasal cavities and hence eases breathing and helps the body to get rid of mucus. It is also beneficial for treating asthma, bronchitis and other pulmonary conditions. 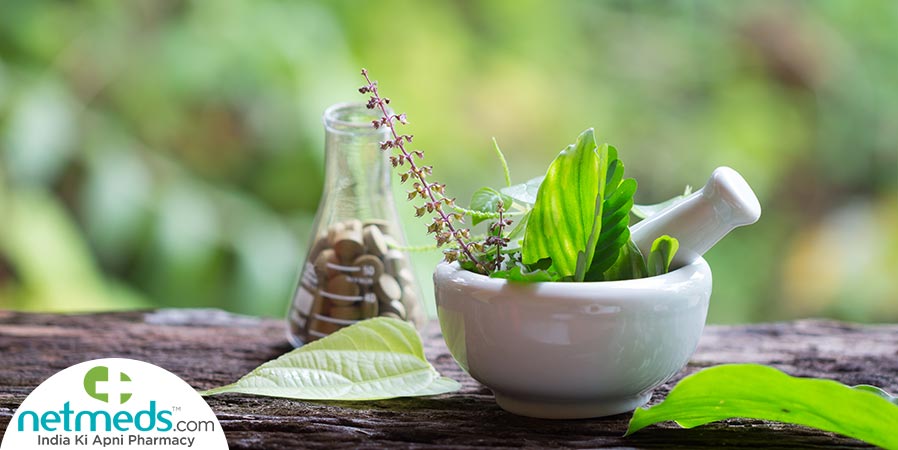 This magical blood-purifying herb showcases Madhura (i.e. sweet), Kashaya (i.e. astringent) and Tikta (i.e. bitter) Rasa. It is blessed with Rukhsha (dry) and Guru (i.e. heavy) gunas. It has Ushna Virya (hot potency) and Katu Vipaka (pungent metabolic property). The bioactive ingredients in this red root makes it a Kapha-Pitta Samapak dravya i.e., it actively balances the Pitta (fire and air) doshas and Kapha (earth and water) doshas and often an excess of it can aggravate the Vata (air) doshas.

Owing to the dry and heavy qualities, the herb helps to cut through the thick rheum matter caused due to increased kapha doshas, and it also reduces pitta and kapha doshas in the head and chest, thus helping to uphold a normal body temperature. Additionally, being a Pitta pacifier, it detoxifies the kidney, liver and blood, while simultaneously fortifying the vital organ and enhancing cellular growth and tissue regeneration. Owing to the intrinsic properties and doshas, bakuchi portrays a positive effect on the various Dhatus (i.e. body tissues) which are Rasa (i.e. Plasma), Rakta (i.e. Blood), in addition to enriching skin and hair health.

Bakuchi is widely available in the form of churnas, kashayams, besides oil for external application. The precise therapeutic dosage of the bakuchi may vary from person to person depending upon the age, severity, and condition of the patient. One must consult an ayurvedic doctor or practitioner, to thoroughly examine the indications and prescribe the effective dosage for a specific period of time.

Churna/ Powder – Take ½ tsp of bakuchi powder by mixing it in warm water and adding honey twice a day, after meals or as directed by the ayurvedic doctor or practitioner.

Tablet/ Capsule – Swallow 1-2 tablets or capsules of bakuchi with a glass of water in a day post meals.

Imbued with potent bioactive components, this traditional herb exhibits no recorded side effects when used in the correct proportion. Excessive doses of Bakuchi can hamper kidney, liver health and even change the colour of the urine and stool into orange or brown. One should also be careful while taking this herb if he or she is already taking some anti-coagulant medications as Bakuchi too has anti-platelet action. Moreover, since there is no reliable information of the effects of Bakuchi during pregnancy or lactation period, hence it is suggested that pregnant women and breast-feeding mothers should avoid using this herb without medical supervision.

Bakuchi is undoubtedly a marvellous Ayurvedic herb that not only confers flawless, glowing skin and long, lustrous tresses by effectively combatting hair fall, but also improves the functioning of the internal organs by stimulating blood circulation and the flow of nutrients to all organs, tissues in the system. This powerful herb has medicinal seeds with an therapeutic oil extract, that revives skin health, nourishes hair growth and enhances respiration, digestion and kidney, bladder functions. The herbal formulations must be taken in the recommended doses to avert any side effects and reap the wonderful merits of bakuchi for overall wellbeing. 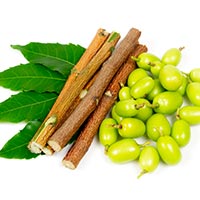 Fondly touted as the “Panacea For All Diseases”, the health benefits.. 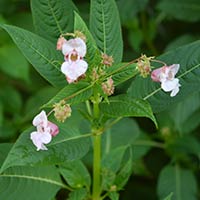 India, the land where the holistic science of Ayurveda originated is intrinsical.. 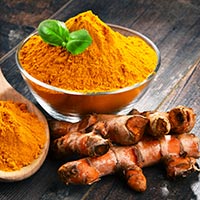 Have you ever thought how colourless food would look and bland a cuisine would t.. 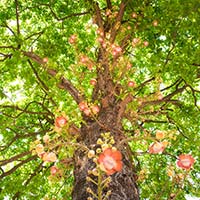 India is not only known for its diverse culture, food and festivals, but also as.. 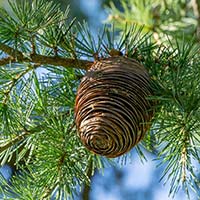 In these times of uncertainty, people are always on the lookout to bolster their.. 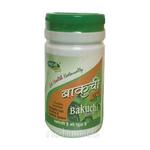