Alcohol And Its Effects On The Human Body

When a person consumes liquor, the alcohol travels from the intestines to the liver through blood. The level of intoxication depends on the amount of alcohol present in a person’s blood (Blood Alcohol Concentration, BAC). As time goes by, the liver breaks down the alcohol and the BAC starts to decrease. It also brings down the level of intoxication.

Why do two people with similar builds experience different levels of intoxication even when they had consumed the same quantities of alcohol? This has a lot to do with their livers.

The alcohol in the liver gets acted upon by an enzyme called Alcohol Dehydrogenase (ADH), which breaks the former down to Acetaldehyde and Hydrogen.

The acetaldehyde is a harmful chemical for the body. When there is excess of acetaldehyde in the liver, the blood transports it to the various parts of the body. The reddening of the eyes, increased heartbeats, dizziness, unconsciousness, shivering of the hands and legs (Flush Syndrome) are the results of this. In other words, these symptoms indicate high levels of alcohol in the blood. Acetaldehyde also causes cancer. The hydrogen generated during the breaking down of alcohol enables this reaction by providing it with the required energy. 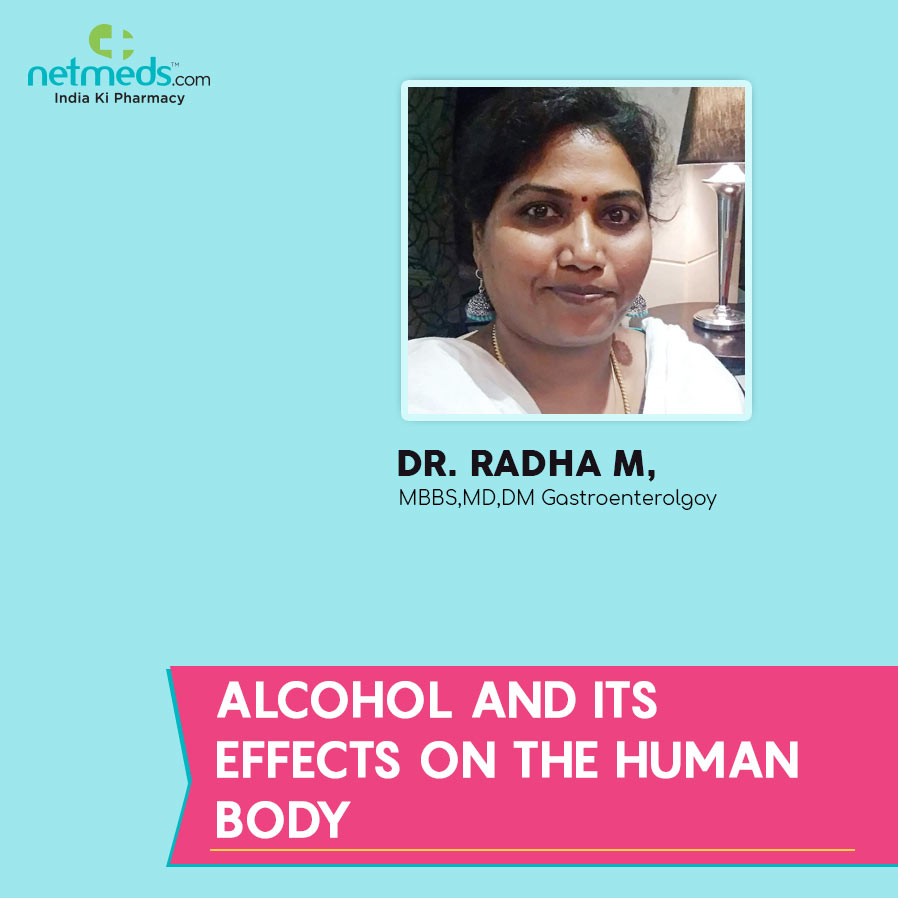 The level of Alcohol Dehydrogenase (ADH) differs from person to person. Some people get intoxicated very soon due to the increased levels of the enzymes (Fast Acetylators), leading to faster breaking down of alcohol in their bodies. They begin to exhibit all the above symptoms after just two drinks. Their limbs start to shiver and it becomes impossible for them to drink further. Drugs given as part of alcohol de-addiction programmes sometimes make sure that these symptoms are not exhibited even after five or six rounds. In such cases, the enzymes act slowly (Slow Acetylators). The difference between these two is decided by the genes. This explains why some people show no side effects even if they continue to drink for more than 20 years, while others develop serious symptoms very soon. The genes are also the reason for the different degrees of intoxication.

The geography too has something to do with it. While the Chinese and Japanese have higher level of tolerance for alcohol, the Americans get intoxicated very soon. Like the heights, the effects of alcohol too are determined by the genes. This is also the reason why men and women react differently to alcohol. The amount of enzymes present in the female body is considerably lower when compared to men. As a result, alcohol stays longer in their blood. This is why women get intoxicated more easily even when they had consumed only half the quantity of alcohol that men had drunk. As a result, both show similar levels of Blood Alcohol Concentration.

1. When alcohol is consumed on an empty stomach, it rushes straight to the intestines from the stomach, and gets easily mixed with the blood. When there is food in the stomach, only smaller quantities of alcohol reach the intestines, and the levels increase only gradually. As a result, there is only a gradual increase of alcohol in the blood. No matter how high the alcohol levels are, the liver can only break down and expel about 13 mg/kg of liquid in an hour. As a result, excess alcohol begins to damage the internal organs. The longer the unprocessed alcohol remains in the body, the more damage it causes. Slowly sipping the alcohol, instead of gulping it down, makes it easier for the body to break it down.

2. Consuming high-protein food items. This delays the transportation of alcohol from the stomach to the small intestine. It also makes the alcohol stay for a longer time in the liver. Consequently, there is only a gradual increase of Blood Alcohol level.

3. Thinner people experience a faster increase in blood alcohol levels than those who are heavier built.

4. As one age, the liver’s processing speed decreases and alcohol tend to remain for a longer time in the blood. Even small quantities of alcoholic drinks cause very high blood alcohol concentrations for long durations.

5. The natural hormonal changes that occur in the female’s body during pregnancy considerably slow down the enzyme.

6. Alcohol should not be consumed within six hours of taking Aspirin or drugs for diabetes and blood pressure.

7. The Blood Alcohol Concentration depends on various factors including the quantity of alcohol consumed, and the kind and quality of liquor consumed.

8. Illicit liquor contains Methyl Alcohol (Methanol). The liver breaks this down into Formaldehyde. This is the same chemical that is used for cleaning toilets. This badly damages the delicate nerves in the body, and could cause permanent blindness.