With several myths and misconceptions about vaccination doing the rounds, it is undoubtedly one of the hotly debated issues among parents and healthcare providers alike. Here is a round-up of some of the popular myths and corroborating facts to debunk the same.

Immunity From Natural Infection Is Much Better Than Vaccine-Acquired Immunity

While natural infection does impart long-lasting superlative immunity in most of the cases, it comes at the cost of potentially crippling issues such as permanent brain damage, birth defects, pneumonia and liver cancer. Vaccines are only known to be implicated in localized reactions such as redness and systemic reactions such as fever, both of which can be easily managed with very simple interventions. The benefits of vaccine acquired immunity far outweigh the grave complications of the natural disease if at all it occurs.

Multiple Vaccines Given Concurrently Will Overwhelm The Baby’s Immune System

Early vaccination is paramount in preventing diseases. Hence there is no rationale in postponing vaccination or adapting an alternative schedule. Babies are capable of producing antibodies to combat infections ever since they pass through the birth canal. Despite the bacterial colonization, babies do not pick up infections. The immune system of the child is mature enough to handle all the antigens in the vaccines. The combination of vaccines to be given during each visit is extrapolated on the basis of sound scientific study.

Preservatives, stabilizers and adjuvants are added to vaccines during the manufacturing process to help preventmicrobial contamination, to stabilize them and to enhance their potency respectively. Aluminum salts, egg protein, gelatin, yeast proteins, formaldehyde and monosodium glutamate (MSG) are commonly detected constituents. The safety of these added chemicals has beenput to test via various clinical trials. Although rare hypersensitivity reactions have been documented, these are not contraindications to avoid the vaccine.

Despite several vaccine preventable diseases being eliminated from certain geographic areas, immunization is still recommended as there is a theoretical possibility of acquiring infections from travelers of other countries where the diseases are widely prevalent. If the residents are not immune to particular germs, they can contract these pathogens that can consequentlyresult in epidemic outbreaks. High levels of routine immunization and vigilantmonitoring ofdisease breakouts will keep deadly diseases at bay and even eradicate them. 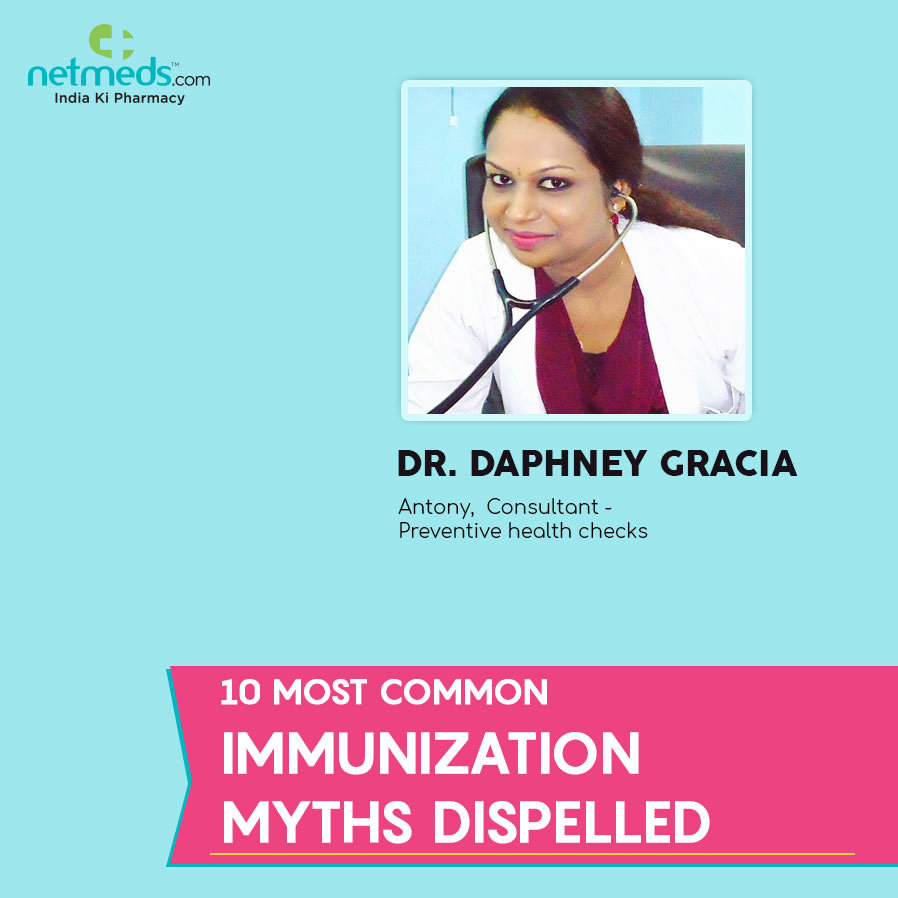 It is a well-established fact that vaccines artificially mimic the disease and elicit an immune response similar to the disease. This might result in trivial symptoms which are much lesser than the burden of the full-blown disease. Phenomena such as febrile seizures that provoke anxiety among parents can occur with any infection in the body and even if it does occur permanent harm is not associated. Multiple clinical trials have evaluated the occurrence of sudden infant death syndrome (SIDS) and concluded that it is a mere coincidence.

Vaccine safety systems adequately ensure that the vaccines are manufactured as per stringent guidelines. The safety and efficacy of the vaccine are thoroughly tested prior to its introduction into the commercial market. Once a particular side effect is observed, detailed instructions and precautions will be made available to parents. Innumerable scientific studies vouch for the stellar efficiency of vaccines. The diminution of various diseases following the introduction of vaccination adds further credence to all the claims.

Mild febrile illness, exposure to infectious diseases and convalescence are not reasons to hold back vaccination by any means. The attending physician will be gauging the child’s clinical status and will be able to advise whether a delay in administration of the vaccine is needed. Except in cases of severe allergic reactions to one of the vaccine constituents or immunocompromised conditions, most of the other situations are transient and the child can be vaccinated later. Of note, precautions should be taken in children with seizures.

Other Factors Are Attributable To The Reduction In Vaccine Preventable Diseases

While improved sanitation, hygiene, pest control, better nutrition and development of newer antibiotics have played a minuscule role in the control of infectious diseases, it is the introduction of vaccines that has brought about a drastic drop in the disease rates. A post-vaccination dip in the incidence of diseases after the introduction of pertinent vaccines is strong proof testifying their efficiency. Additionally, an inverse relationship has also been noted between the vaccine uptake rates and disease occurrence in unvaccinated pockets.

Vaccines Are Extremely Deleterious To Pregnant And Breast-Feeding Mothers

With the exception of certain vaccines that are made using live strains of viruses, specific guidelines have been formulated as to what vaccines are needed prior to pregnancy, during pregnancy and following delivery. Pregnancy and postpartum vaccinations can help transmit antibodies to the baby thereby conferring protection against potentially lethal disorders. A woman’s age, lifestyle, medical conditions, travel and previous immunization status are determinants to map out an individualized vaccination schedule.

Two popular studies that sparked the storm that MMR vaccine could be a plausible cause for autistic disorders have challenged the vaccination rates drastically. Eventually, these papers were proven to be critically flawed and were withdrawn from scientific literature. The mercury containing preservative thimerosal used in multi-dose vaccine vials is not neurotoxic and its link with neuro developmental disorders has not been proven. Furthermore, only negligible quantities are added, and these are readily eliminated.