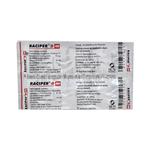 What RACIPER D 40MG is used for?

It is used to treat:

Talk to your doctor before taking this medicine if you:

Tell your doctor if you are taking medicines such as

If you forget to take RACIPER D 40MG

Like all medicines, this medicine may cause side effects, although not everybody gets them. 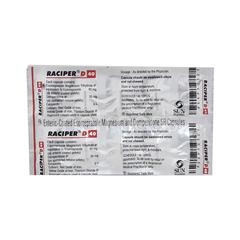