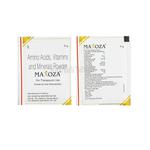 What MAXOZA is used for?

Talk to your doctor before taking MAXOZA if you:

Tell your doctor before taking MAXOZA, if you are taking any other medicine including medicines obtained without prescription or any other supplements or herbal products.

Directions to use
This medicine should not be chewed. Always take this medicine exactly as prescribed by your doctor. 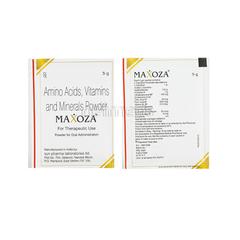