GLUCUT 3MG contains Glimepiride which belongs to the group of medicines called Anti-diabetic agents. It is used to treat type 2 diabetes mellitus when diet, physical exercise and weight reduction alone have not been able to control blood sugar levels. Type 2 diabetes mellitus is a chronic health condition where the body does not produce enough insulin to control the levels of blood sugar. Symptoms include increased thirst and hunger, frequent urination, weight loss, fatigue, blurred vision, and slow-healing sores.

Glimepiride lowers blood sugar by causing the pancreas to produce increased insulin (a natural substance that is needed to break down sugar in the body) and helping the body use insulin efficiently. This will only help lower blood sugar in people whose bodies produce insulin naturally. Along with this treatment, your doctor might ask you to make certain lifestyle changes such as following a healthy diet, physical exercise and avoiding alcohol. Your doctor may also want you to take certain blood tests, urine, and liver tests to understand your existing condition.

GLUCUT 3MG lowers blood sugar by causing the pancreas to produce increased insulin (a natural substance that is needed to break down sugar in the body) and helps the body use insulin efficiently. This will only help lower blood sugar in people whose bodies produce insulin naturally.

Take GLUCUT 3MG as advised by your physician. Swallow it with a glass of water. Do not crush or chew the medicine. Your doctor will decide the correct dose and duration for you depending upon your age, body weight and disease condition.

SIDE EFFECTS OF GLUCUT 3MG

Stop taking GLUCUT 3MG and contact your doctor immediately if you experience any of the following side effects:

GLUCUT 3MG is not recommended for use in pregnancy. Consult your doctor before taking it.

GLUCUT 3MG is not recommended for use in breastfeeding women, as it may pass through the breast milk. Consult your doctor before taking it.

Avoid driving and using machines while taking GLUCUT 3MG as it may lower the ability to concentrate.

Avoid drinking alcohol as it may increase or decrease the blood sugar levels lowering the action of GLUCUT 3MG.

Do not take GLUCUT 3MG if you are allergic to Glimepiride.

GLUCUT 3MG is not recommended for use if you:

Before taking GLUCUT 3MG, inform your doctor if you:

GLUCUT 3MG is not recommended for use in children and adolescents under 18 years of age. Consult your doctor before taking it.

Your doctor will decide the correct dose and duration for you depending upon your age, body weight and disease condition. Consult your doctor before taking it.

Before taking GLUCUT 3MG, inform your doctor if you are taking any of the following medicines:

If you or anyone else accidentally take too much of GLUCUT 3MG, consult your doctor immediately or visit the nearby hospital. Symptoms of overdose are nausea, vomiting, epigastric pain, restlessness, tremor, visual disturbances, co-ordination problems, sleepiness or convulsions.

Can GLUCUT 3MG make you sleepy?

No, GLUCUT 3MG itself does not cause sleepiness. However, it may cause hypoglycemia (low blood sugar) when used with other anti-diabetes medicine due to which you may feel sleepy or have problems in sleeping.

Can GLUCUT 3MG cause memory loss?

No, GLUCUT 3MG doesn’t causes memory loss. However, it may cause low blood sugar which may cause problems with concentration and reduced alertness.

What will happen if I take more dose of GLUCUT 3MG?

GLUCUT 3MG should be taken strictly as advised by the doctor. Overdose may significantly decrease your blood sugar levels (hypoglycemia). In case of any symptoms, consume enough sugar (e.g., a small bar of sugar cubes, sweet juice or sweet tea) and inform a doctor immediately.

Can I stop GLUCUT 3MG on my own?

Generally, the treatment is suggested for a long term. GLUCUT 3MG only controls the sugar levels but does not cure it. Do not stop taking it without talking to your doctor as it may worsen your condition.

Can I consume alcohol while taking GLUCUT 3MG?

Avoid alcohol while taking GLUCUT 3MG as it may increase or decrease the blood sugar levels lowering action of the medicine in an unpredictable way.

6. Glimepiride. Rxlist. [Revised on January 2021] [Accessed on 17th May 2022] https://www.rxlist.com/consumer_glimepiride_amaryl/drugs-condition.htm 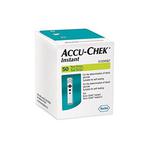