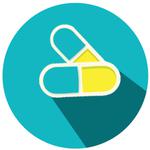 Pain relief Rx required
IBUPROFEN 200MG
OUT OF STOCK
Best Price*  ₹ 40.50 MRP ₹45.00 (Inclusive of all taxes) Get the best price on this product on orders above Rs. 1250 *10 Capsule(s) in a Strip * Mfr: Lincoln Pharmaceuticals Ltd * Country of Origin: NA

What GESIC is used for?

It is used for the symptomatic treatment of:

Talk to your Doctor, if you:

Tell your doctor if you are taking,

If you take more GESIC

If you forget to take GESIC

If you stop taking GESIC

Like all medicines, this medicine can cause side effects, although not everybody gets them.