Cancer is the name given to a group of diseases that behave similarly. There are a wide range of cancers which are characterised by an uncontrolled division of body's cells without halting and thereby, spread into surrounding tissues pushing away the normal cells.

The cells in a body are controlled by its immunity. From time to time a few cells do get out of control and these are taken care of by the immune system. Cancer grows when the immune system fails to control this uncontrolled multiplication of cells. These are the cells that refuse to follow the rules of our body. They multiply with no control and have a tendency to spread and destroy other organs.

Cancer can begin at any place in the human body, comprising trillions of cells. Human cells regularly divide and shape into new cells as per the body's need. At the point when cells get senile or get harmed, they bite the dust, and new cells assume their position. 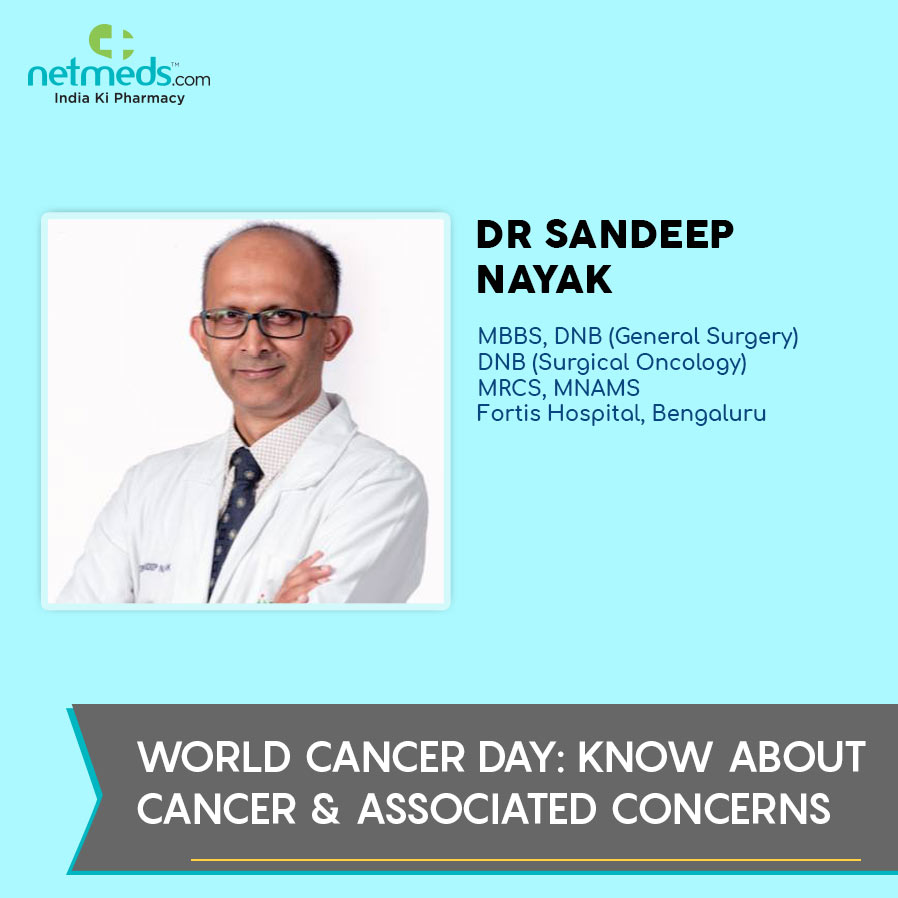 When the organised procedure of cell growth fails, cancer begins. Cells turn out to be increasingly irregular in shape and size and continue to survive even when they ought to die, and new cells are formed even when they are not required. These cells can multiply without any reason and may form what is called tumours. Cancerous tumours are harmful, which implies that they can spread into, or attack, adjacent tissues. Moreover, as these tumours develop, some cancer cells can escape and go too far off spots in the body through the blood or the lymphatic system and shape new tumours far away from the first tumours.

Why Worry About Cancer?

Cancers figure among the main causes of morbidity and mortality around the world, with roughly 14 million new cases and 8.2 million cancer-related deaths every year. In the next two decades, it is estimated that the incidence of cancer will increase by 70% throughout the world.

Around 33% of cancer deaths can be prevented by behavioural and dietary changes. The risks include high body mass index, low fruit and vegetable intake, lack of physical activity, tobacco and alcohol use.

Earlier, cancer was considered to be a rare disease, but it is certainly not the case today. Cancer is the third most common cause of death worldwide (WHO data) and the incidence is increasing rapidly. It is calculated that 25% of people living today will develop cancer sometime during their life.

It is estimated that more than 10 million people are diagnosed with cancer each year (not counting skin cancer). Over half of these cases occur in developing countries, where the cancer incidence is increasing dramatically.