Will Simvastatin Slow Down Multiple Sclerosis?

Multiple sclerosis (MS) is an auto-immune disorder, which means that your immune system attacks the protective coverings surrounding the brain and spinal cord and disturbs their ability to communicate with each other efficiently. People living with Multiple Sclerosis may experience vision loss and organ paralysis. Doctors at the All India Institute of Medical Sciences (AIIMS) observed that around 70% - 80% of Multiple Sclerosis patients were around 18 years to 35 years. They were all diagnosed with the most common form of MS - relapsing remitting multiple sclerosis. 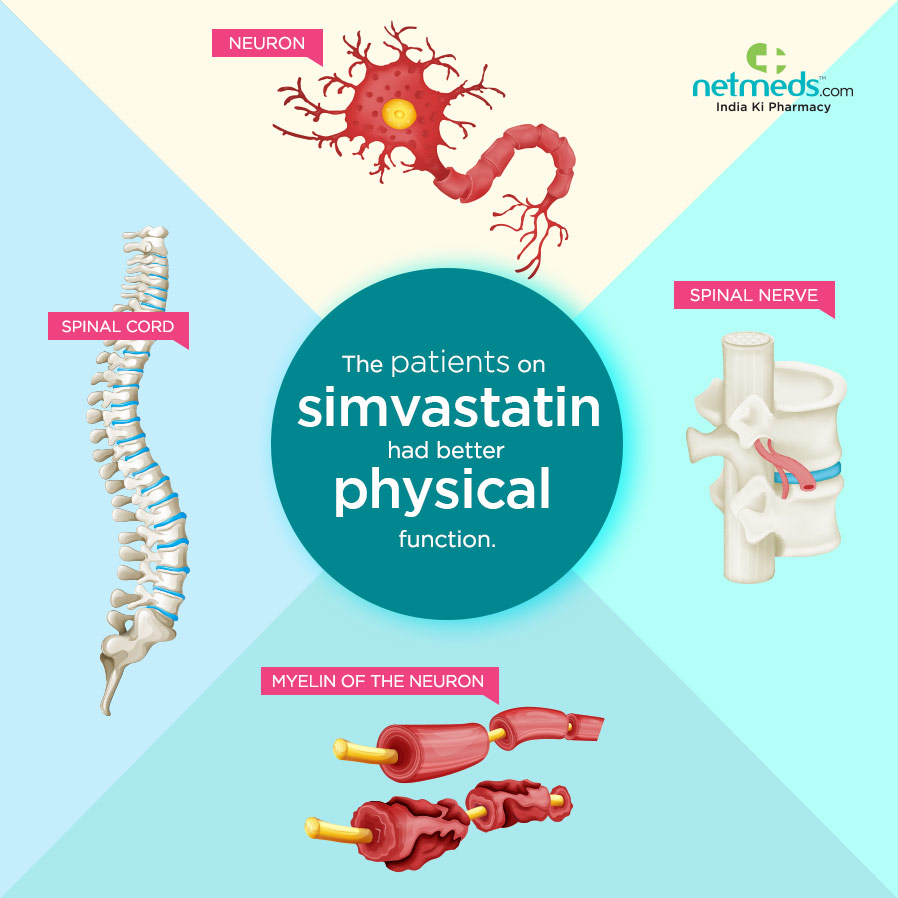 In India, medicines used in the treatment of Multiple Sclerosis are very expensive. A recent study by a team of researchers at the University College London Hospitals in 2014 observed that an increased daily dose of simvastatin, a medicine for blocking cholesterol, may slow brain atrophy or shrinkage in MS patients.

Cognitive impairment affects almost 80% of patients with the disease. Areas in the brain that are devoted to attention, memory, the speed at which a person processes information, and what scientists call executive function skills, which help people get things done are all affected with the progression of MS.

The researchers found that patients who were given the cholesterol - blocking simvastatin had better frontal-lobe- function improvement scores than patients on a placebo. The patients on simvastatin had also better physical function than the placebo group. The study authors stated that the study was a vital step in strengthening the need to study cognition in MS and to continue research on treatment.