Vitamin B6, also known Pyridoxine is one of the water-soluble B vitamins that is extremely essential for healthy brain development and boosting the immune system. It holds high significance in helping the body to produce neurotransmitters like norepinephrine, epinephrine, dopamine and serotonin. 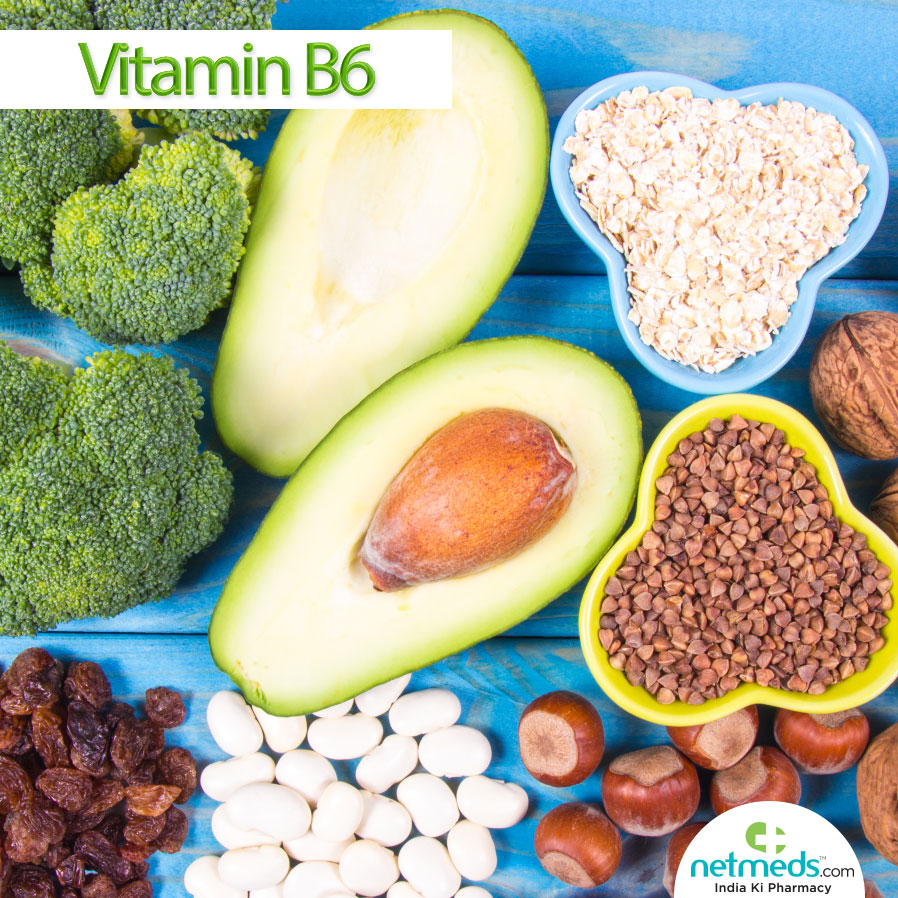 Vitamin B6 is the common generic name given to six compounds (i.e. vitamers) with vitamin B6 activity such as pyridoxine, i.e. alcohol; pyridoxal, i.e. an aldehyde; and pyridoxamine, which contains an amino group; and their respective 5’-phosphate esters. Pyridoxamine 5’ phosphate (i.e. PMP) and pyridoxal 5’ phosphate (i.e. PLP) are the active coenzyme forms of vitamin B6. Also Read: Vitamin B5: Functions, Food Sources, Deficiencies and Toxicity

Both the active forms of vitamin B6 i.e. PLP and PMP assists as coenzymes in several enzymatic reactions including amino acid, glucose, and lipid metabolism. It also plays a key role in gluconeogenesis and glycogenolysis, metabolism of nutrients, synthesis and function of histamines, haemoglobin, neurotransmitters and also in the expression of genes.

Vitamin B6 also facilitates the body in breaking down food i.e. complex carbohydrates into simple forms of sugar i.e. glucose, fats and proteins which in turn provides energy for carrying out various bodily activities. It also synthesizes amino acids and proteins and helps in the formation of the myelin sheath that surrounds the nerves.

Vitamin B6 was first discovered by Paul Gyorgy, a Hungarian physician, who discovered it as a substance that was able to cure a skin disease in rats (i.e. dermatitis acrodynia).

Vitamin B6 is a potent neural compound that is extremely essential for the synthesis of neurotransmitters. It is also required for the proper growth, development and functioning of the brain, nerves, skin, and other parts of the body.

It is generally taken by people to alleviate the risks and symptoms of pyridoxine deficiency like conjunctivitis, intertrigo, atrophic glossitis, angular cheilitis, and neurologic symptoms like confusion, irritability and neuropathy (due to impaired sphingosine synthesis) and sideroblastic anaemia (due to impaired haem synthesis).

Vitamin B6 is a powerful antioxidant and hence helps to scavenge harmful free radicals from the body and thus preventing oxidative damage. It also rejuvenates the skin, reduces various signs of ageing like wrinkles, fine lines, spots, dark circles etc.

Being a potent brain compound, it plays a key role in treating and preventing Alzheimer’s and dementia. The pivotal role it plays in the synthesis of neurotransmitters is helping the brain to regulate mood swings and also prevent depression, anxiety, pain and fatigue. It also boosts the production of progesterone and keeps the hormonal balance under control.

Vitamin B6 is also extremely important for vision as it helps prevent age-related macular degeneration and cataracts. The supplements and foods containing the B6 vitamin are also found to be effective in treating diarrhoea, ulcerative colitis. It helps in the secretion of hydrochloric acid, thus improving digestion.

Vitamin B6 has potent anti-inflammatory properties. Regular intake of this vitamin through food sources reduces the pain and inflammation in the case of rheumatoid arthritis. In supplement form, it also prevents the risk of kidney stones in people suffering from hyperoxaluria.

When taken orally, it also prevents various PMS symptoms like mood swings, anxiety and irritability during the menstrual cycle and also significantly reduces uncomfortable symptoms of nausea and vomiting during pregnancy. This anti-stress compound helps the body produce melatonin, which improves the quality of sleep and prevents insomnia, and helps the body to deal with tiredness and stress.

Bothered By Immunity Issues? Pick From Our Wide Range Of Vitamin Supplements

Benefits Of Vitamin B6

Vitamin B6 plays a vital role in regulating mood and treats depression. This vitamin is essential for producing neurotransmitters such as serotonin, dopamine and gamma-aminobutyric acid (GABA) that control emotions and helps the body cope up with stress.  Vitamin B 6 is also effective in lowering homocysteine levels in the blood which have been associated with depression. In addition, this vitamin also helps the body secrete melatonin which is needed to regulate circadian rhythm and promote sound sleep.

Vitamin B6 is valuable in enhancing brain function and lowers the risk of Alzheimer’s by regulating homocysteine levels that have been associated with poor memory and dementia. While it is also essential for proper brain development in children.

Haemoglobin is a protein that supplies oxygen and nutrients to all the vital organs in the body. When the haemoglobin count goes low, the cells will not get sufficient oxygen resulting in anaemia. Vitamin B6 is mainly involved in the production of haemoglobin and helps in preventing and treating iron-deficiency anaemia.

The mood-control vitamin is extremely vital for the healthy functioning of the brain and body. Like any other water-soluble vitamins, this B6 vitamin also gets washed away from the body, hence one should consume a diet rich in vitamin B6 food options to prevent the deficiency syndromes. And much to our respite, Mother Nature has blessed us with a bountiful amount of natural food sources laden with vitamin B6 that suffices our daily requirements.

Following are the food sources high in vitamin B6:

Nuts and seeds include pistachio, sunflower seeds and Chinese chestnuts.

Animal sources include eggs and chicken and other forms of meat, and fishes like salmon, tuna, herring, mackerel etc.

Deficiency syndromes due to vitamin B6 is quite uncommon but a severe lack of this significant vitamin may cause electroencephalographic abnormalities, microcytic anaemia, glossitis (swollen tongue), dermatitis with cheilosis (scaling on the lips and cracks at the corners of the mouth), conjunctivitis, intertrigo, depression, confusion, and weakened immune function. Kids and infants having a lack of vitamin B6 develop abnormally acute hearing, irritability and convulsive seizures.

Although lack of vitamin B6 causes a lot of deficiency syndromes, it is also not beneficial to overload your body with too much od vitamin B6 foods or supplements. The Recommended Dietary Intake of this essential nutrient is 100 mg per day for adults. Anything more than the recommended amount can cause severe and progressive sensory neuropathy characterized by ataxia (loss of control of bodily movements), painful disfiguring dermatological lesions, photosensitivity, and gastric issues, like loss of appetite, stomach pain, nausea, vomiting, diarrhoea, headache, tingling, sleepiness and heartburn.

Hence, it can be concluded that Vitamin B6 is a quintessential nutrient necessary for the treatment of umpteen number of ailments including neural disorders, hyperlipidaemia, heart problems, skin infections, headaches, and insomnia. Hence, it is strongly advocated to use it within the prescribed quantity to steer clear of harmful side effects and enjoy the health benefits. 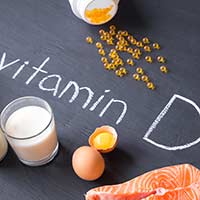 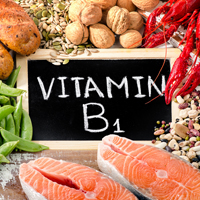 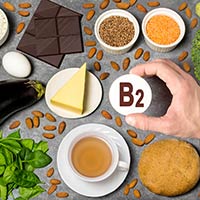 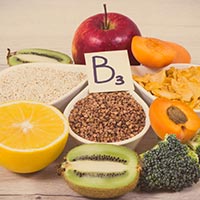 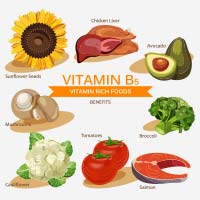 Vitamin B5 commercially well-known as D-pantothenic acid or pantothenate is one .. 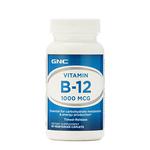 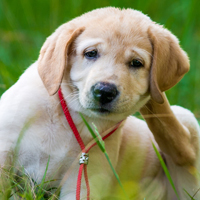 Do Your Pets Have Seasonal Allergies? He..

With the changing winter season and the arrival of spring, come longer days. Gon..

Life is all about multi-tasking and we women crave beauty products that not only.. 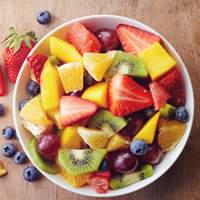 The fruit diet or fruitarian diet is an extremely restrictive vegan diet, which .. 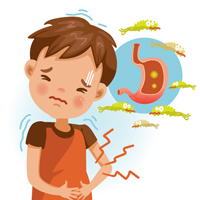