Tips To Keep Mold Allergies At Bay During Monsoons

The monsoons have arrived in its full force and many places across the country are witnessing heavy rainfall. Though rains bring in a great respite from sweltering heatwaves, it’s also time for various allergies, cough, cold and sometimes flu. 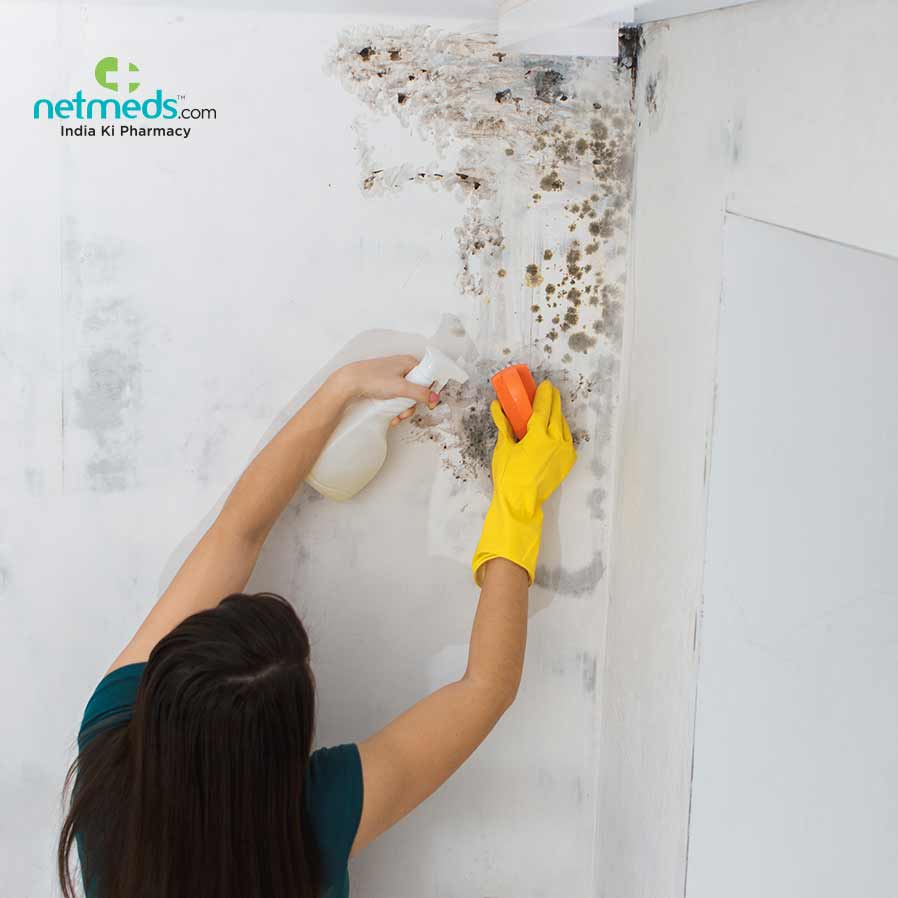 One such allergy that affects both children and the elderly alike is mold allergy. Primarily caused due to mold spores, these allergens make their way into our air passages leading to severe allergic reactions triggering severe asthma attacks in few cases.

Mold is defined as a type of fungus that grows inside houses, buildings, offices or in any concrete structure and multiplies rapidly due to moisture and dampness.

There may be several places in your house where mold has been growing but went unnoticed. If you suspect the presence of mold, check for a leak or seepage of water into the walls, cupboards, and dampness under the carpet, basement and every corner of the building.

Mold allergies mimic regular cough and cold and the symptoms include sneezing, runny nose, coughing, chest congestion. The patients suffering from asthma should be more vigilant, especially outdoors as it aggravates the breathing difficulty coupled with coughing and chest congestion.

While mold allergy can happen round-the-year, it is more prevalent among children during rainy season. They may come under attack if the school building has mold or if they get exposed to it while playing outdoors.

When to see a doctor

Though mold allergies are progressive in nature one cannot rule out the possibility of severe attacks like asthma. One has to immediately consult a doctor if the symptoms aggravate if they suffer from fever with chills, shortness of breath, muscular pain. Though a rare condition, a timely intervention from the doctor will save the patient from permanent damage of the lungs in the form of scar tissue.

How to avoid mold