There’s Nothing Passive About Second-hand Smoke 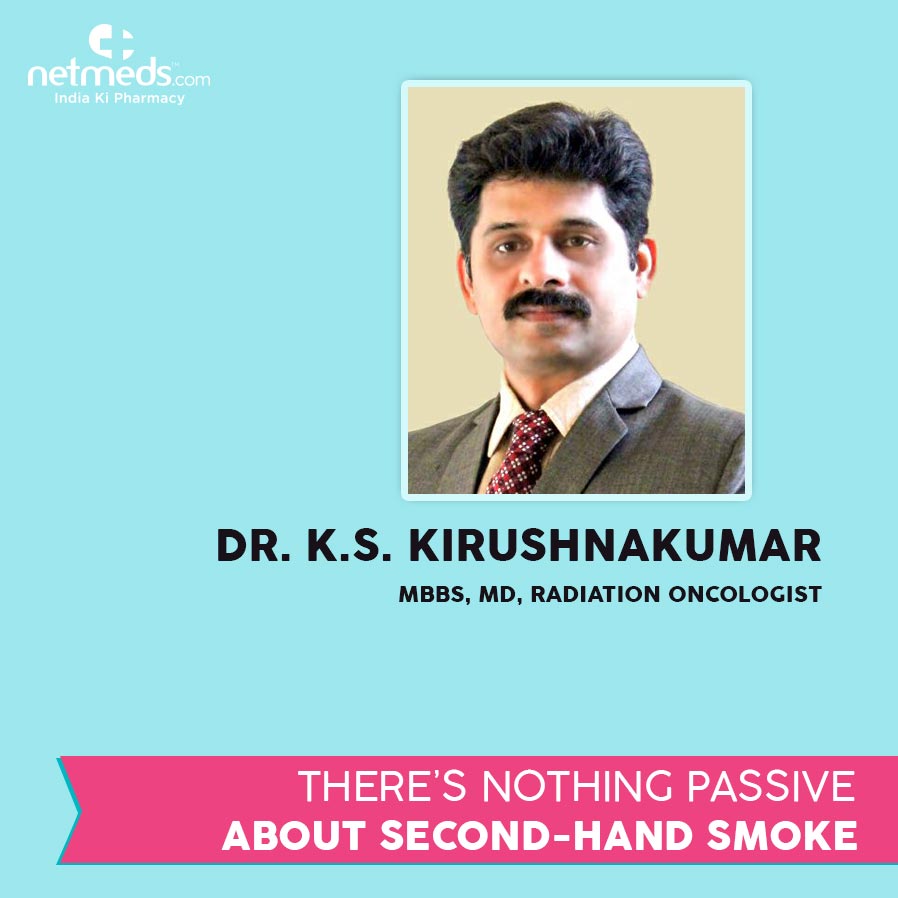 One of the main sources of passive smoking is tobacco. Tobacco smoke is composed of nearly 4000 types of various chemicals and over 150 toxins including carbon monoxide that could prove fatal in long-term exposure. It is disheartening to learn that over 38% of children aged among 2 months to 5 years are exposed to passive smoking at their own homes.

Exposure to smokers in public places or at home can potentially cause life-threatening diseases to the passive smokers too. Lung cancer, coughing, wheezing, asthma, sore throat and cold, eye irritation, hoarseness in the voice are widely caused due to passive smoking. The ill-effects of passive smoking can be contained by avoiding any sort of contact with regular smokers while they are smoking. Strict laws should be ensured in providing smoke-free zones in workplaces, outdoors, public places in prevention of passive smoking.

1.  Inhaling smoke that has been breathed out by a smoker and smoke from the burning end of cigarettes, cigars, pipes.

2.  Exposure to any environment where people are smoking tobacco and inhaling the smoke.