Though the prevalence of smoking has drastically reduced in the developed Countries, the number of smokers has substantially increased in India over the past 15 years. The ill-effects of smoking are a common knowledge and these include:

Apart from the above, most importantly, smoking compromises lung health. Lungs are vital organs providing oxygen to the internal organs and Smokers, even in the absence of respiratory symptoms have a Suboptimal Lung Health. Optimal lung health is vital in our capacity to recover from any disease or critical condition. Irrespective of age and the number of years, an individual has smoked, quitting has immense health benefits. And it's never too late to quit smoking. 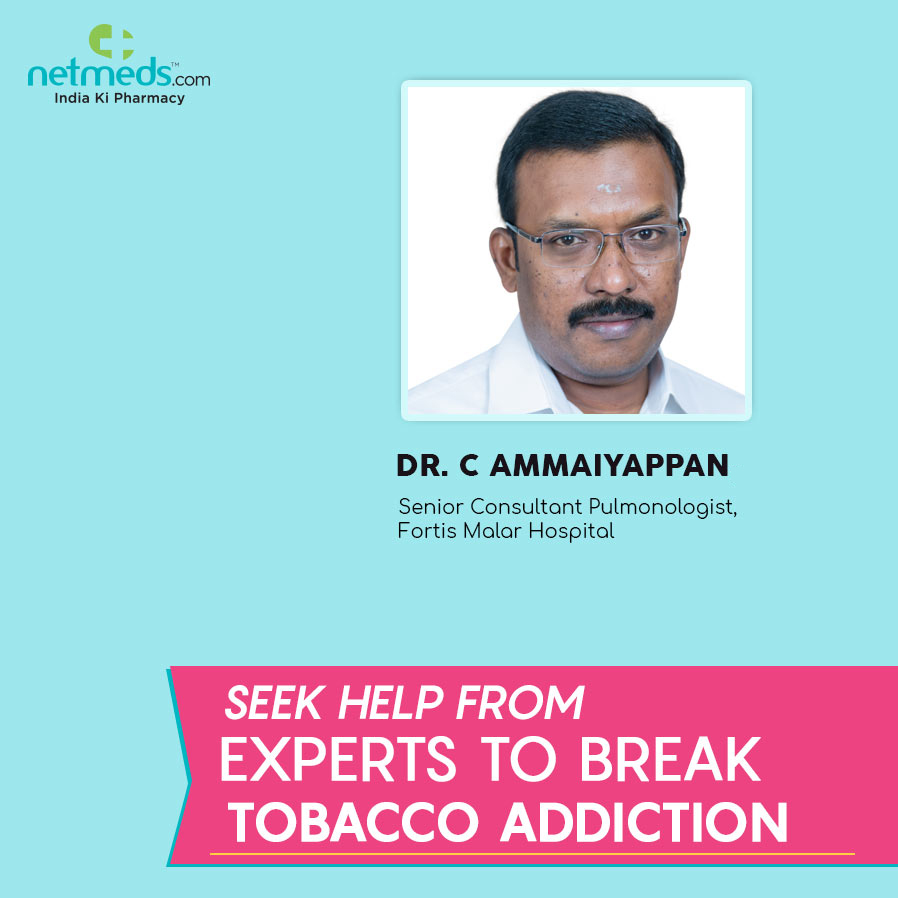 The major challenge in quitting is overcoming the withdrawal symptoms. Nicotine produces physical and mood-altering effects, which are pleasing temporarily, and this leads to various levels of physical dependence. And when one attempts to quit he/ she develops withdrawal symptoms, which includes irritability, anxiety and many other symptoms.

Most people quit smoking permanently after a major health event like a heart attack or something of similar seriousness. It is important that everybody who smokes to read about the ill-effects of this habit and start motivating oneself towards making up his mind on the task of quitting smoking, while still in good health.

With recent advances in the field of medicine, there are effective medicines to combat the withdrawal symptoms. However, the treatment should be taken under the guidance and supervision of a doctor with expertise in handling smoking cessation therapy.

Persistence and Determination are Omnipotent. Quit smoking early and quit it permanently. Never give up after a few failed attempts. In this age of increased life expectancy, don't let smoking habits compromise your longevity. Healthy lungs, healthy and happy life to all.