Pneumoconiosis is a type of interstitial lung disease – ailments including idiopathic pulmonary fibrosis, sarcoidosis, that induce damage and scarring of pulmonary tissues, thereby posing difficulties in transport of oxygen to the lungs. It is triggered by inhaling certain kinds of dust particles that hamper the functioning of the lungs, such as coal, silica, asbestos. Since pneumoconiosis arises chiefly in the workplace where people are most likely to get exposed to these harmful residues, it is termed as an occupational lung disease. Although pneumoconiosis has no cure, reporting the symptoms at once to the doctor for a timely diagnosis and proper medical treatment ensures improved lung health in the affected patient. 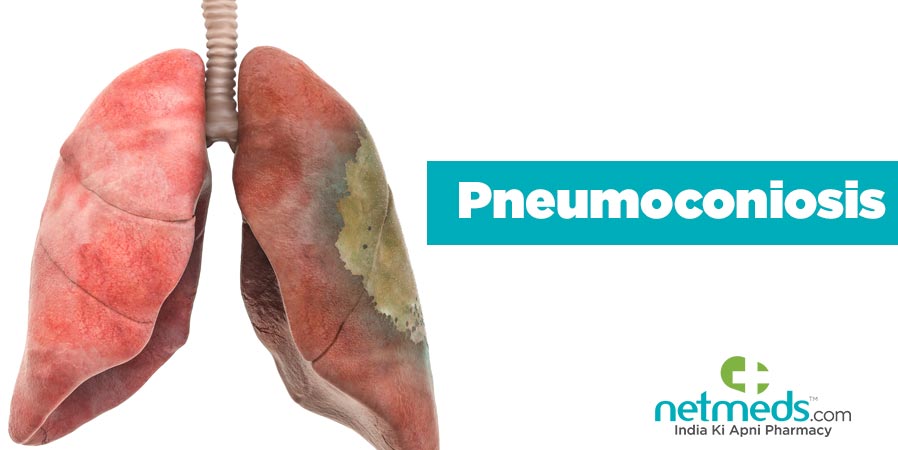 Pneumoconiosis is usually instigated by the inhalation of certain forms of dust matter, such as:

Upon inhaling these materials, the tiny particulate matters get accumulated in the lungs. This gives rise to an immune system reaction in which cells from the body surround the dust materials to prevent them from damaging the pulmonary tissues. This invariably prompts inflammation in the lungs leading to scarring or fibrosis.

Regardless of which type of dust prompts pneumoconiosis, the symptoms that develop in the affected individual are quite similar and comprise:

Once the patient reports symptoms of cough with phlegm, breathing distress and chest discomfort, the doctor enquires about their working conditions and if they are frequently exposed to coal, silica, asbestos, cotton fibres. The physician then conducts a complete physical examination to assess the vital parameters of the patient such as breathing, lung capacity, heart function.

Furthermore, a medical practitioner specializing in ailments of the lungs known as a pulmonologist performs imaging evaluations employing chest X-ray, CT scans, to probe for signs of lumps, nodules, interstitial disease. Pulmonary function tests to analyse the functioning ability of the lungs are also done, to measure the level of gasses in blood such as oxygen and carbon dioxide levels. In some cases, a biopsy i.e. a tissue sample is excised from the lungs to determine the type and volume of infectious or inflammatory markers present in the respiratory organs.

There is no cure for pneumoconiosis, but the disease can be managed effectively with appropriate remedial measures. The healthcare provider advises the patient to quit smoking and also to stay away from second-hand smoke due to smokers in the neighbouring areas. The doctor also strictly instructs the affected person from working in environments where coal, asbestos, silica, cotton fibres are present for an extended period of time, or may even advise them to quit their job altogether, if the symptoms of pneumoconiosis are severe.

Prescription medications known as bronchodilators are given, to expand the tubular pathways in the lungs to enable oxygen transport to the pulmonary tissues and ensure normal breathing. In some instances, the patient may be put on oxygen cylinder support, to maintain oxygen levels in the blood and body.

The doctor tells the patient to adhere to a healthy diet and lifestyle and to come in for routine follow-up consultations to monitor the improvement in symptoms in the patient and to identify if pneumoconiosis is progressing or is gradually getting resolved, to ensure optimal breathing functions and lung health.