Achalasia Cardia is a motility disorder, characterized by spasm (or) failure of the lower esophageal sphincter to relax, resulting in impaired flow of ingested food into the stomach. Common symptoms of achalasia are difficulty in swallowing (>90%), nasal regurgitation of undigested food (76-91%), nocturnal cough (30%), chest pain (25-64%), heartburn (18-52%) and weight loss (35%).

It is diagnosed by endoscopy and manometry. Conventionally Achalasia Cardia was treated by surgical procedure called Hellers Myotomy. In recent times Peroral endoscopic myotomy has been widely accepted treatment where the entire procedure is done endoscopically without any scars. POEM is a highly safe and effective treatment for achalasia and other spastic disorders of esophagus with favorable long-term outcome. 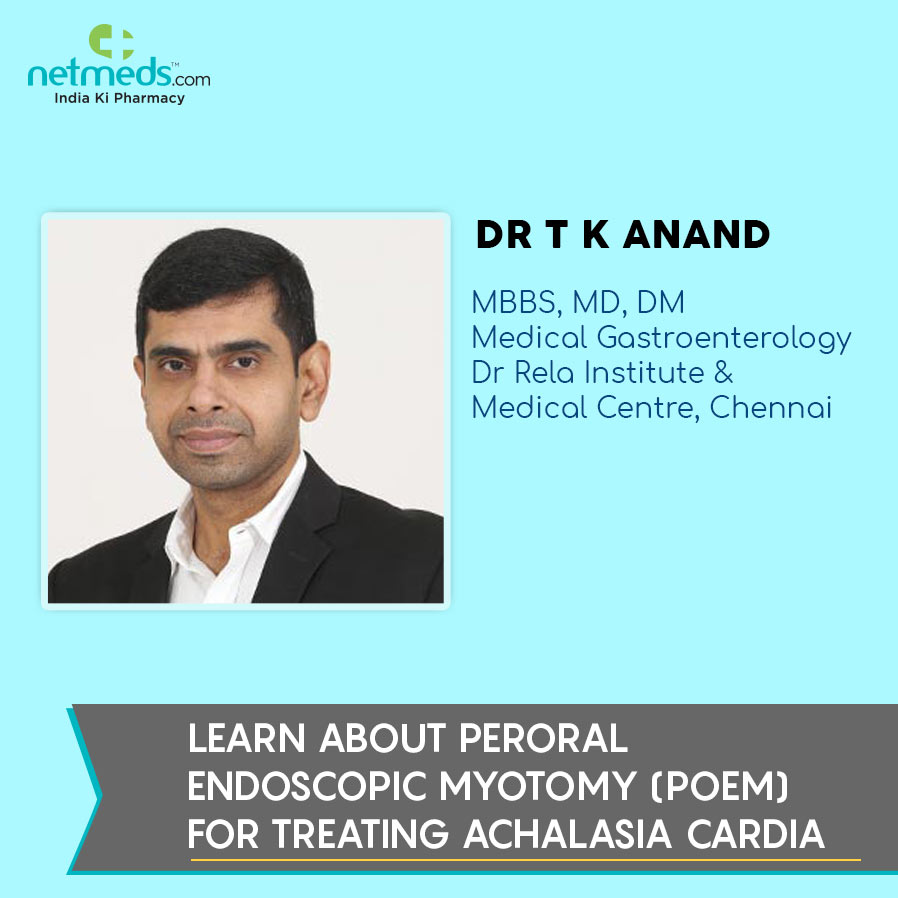 POEM procedure can be done in treatment naive patients as well as patients who have failed previous treatments.

The procedure takes roughly 2 hours but can vary depending on the operator. Patients may return to work immediately upon discharge from hospital.

Major long-term complication of this procedure is Gastro esophageal reflux, which is usually mild and can be managed with medications.

In summary, Peroral endoscopic Myotomy (POEM) is an endoscopic surgery which is safe and effective for all types of Achalasia Cardia and other spastic esophageal disorders (Jack Hammer Esophagus and diffuse esophageal spasm).