Penile cancer can be defined as the proliferation of cancer cells, on or inside the normal penile tissue.  The penis chiefly has 3 tubes wrapped together by a very tough fibrous sheath called the tunica albuginea. The first tube urethra functions by carrying urine out of the body and sperm into the woman’s vagina. The other two tubes called the corpora cavernosa are soft and spongy and are filled with blood which makes the penis stiff during an erection. Also Read: Testicular Cancer: Causes, Symptoms and Treatment

In most cases, the cancer cells are found on the glans or foreskin of the penis but can also occur on the shaft of the penis. They usually start spreading from the outer epidermal cells and gradually spread towards the interior tissues affecting the functions and causing pain while urinating. It is a rare type of cancer and mostly affects men over 60 years of age. 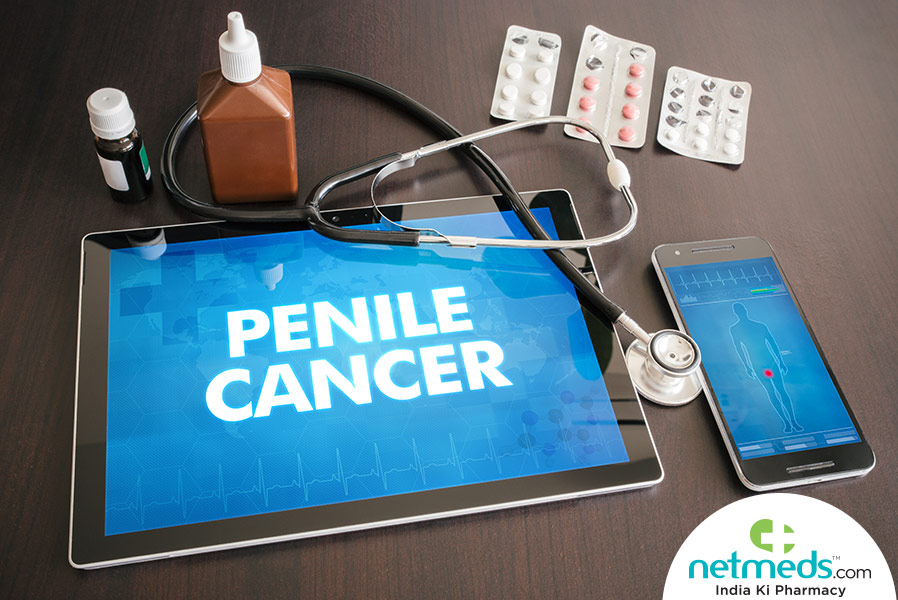 The penis is made up of many different types of tissue. The type of penile cancer generally depends on the type of the cell on which cancer develops. These include:

Adenocarcinoma – It is a type of penile cancer where the proliferation starts in the glandular cells of the penis that produce sweat.

Squamous cell penile cancer – This type of cancer accounts for more than 90% of the cases and usually starts in the cells that cover the surface of the penis.

Carcinoma in situ (CIS) – A particular type of squamous cell cancer where only the cells in the skin of the penis are affected and it hasn't spread any deeper into the interior tissues.

Melanoma of the penis – A type of cancer that develops in the skin cells that give the penis its colour.

Although the exact cause of Penile cancer is yet unknown, researches surface that it is commonly found in men already suffering from an infection due to the Human Papillomavirus. This causes the normal penile cells to grow abnormally in shape and numbers, ultimately banding together to form tumorous growths leading up to malignancy.

General Health: Having a weakened immune system because of HIV or AIDS aggravates the risk of penile cancer.

Physical Structure: People who aren’t circumcised have a thick fluid build-up called smegma under the foreskin which increases the risk of cancer.

Health Conditions: Men suffering from a condition called phimosis, (this condition makes the foreskin tight and tough to clean leading to fluid buildup) or psoriasis are likely to develop penile cancer in the later stages. Also Read: Painful Psoriasis Can Show Up As Bleeding Cracks

Penile cancer usually causes a change in the colour of the skin of the penis. These changes can show up on the foreskin of uncircumcised men, on the tip of the penis (the glans), or on the shaft. Other common signs and symptoms include:

On noticing any of the above-mentioned signs and symptoms, do consult a doctor right away to get diagnosed and start the treatment at the earliest. The doctor usually does a thorough physical checkup, acknowledges the patient’s past medical history followed by some diagnostics:

Treatment options in the earlier stages usually consist of the following:

If the cancer is diagnosed in the later stages, treatment options include: