Vegetable khicdi, rajma-rice and idli - vada are set to be among the dishes that replace pizza, noodles and pastries in school canteens across Maharashtra as the state government gets ready to ban sale of junk food in school cafeterias. 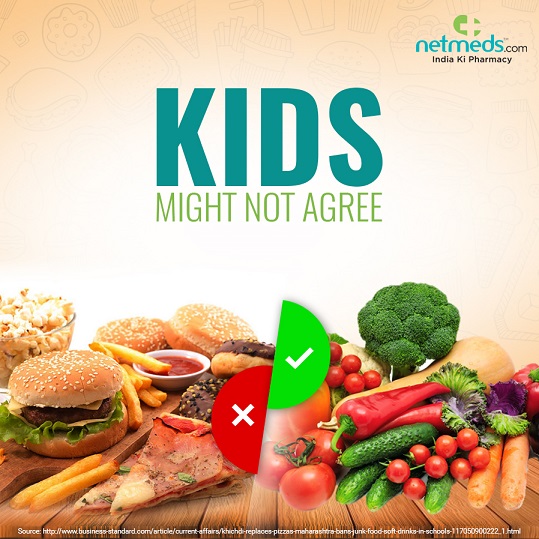 Yesterday, the Maharashtra government banned the sale of foods identified as 'High in Fat, Salt and Sugar' (HFSS) at school canteens across the state.

The GR stated that the Union Government had set up a Task Force under the chairmanship of Director, National Nutrition Institute, Hyderabad to promote consumption of healthy food by children in schools and to ban sale of junk food.

The state government, taking note of the Task Force's recommendations, decided to impose a ban on junk food in school canteens, the GR stated. It also called for creating awareness among children about consuming nutritional food. Schools should counsel students on this, it said.