Less Than 6 Hours Of Sleep Linked To Hardened Arteries

Sleeping less than six hours or waking up several times in the night is associated with an increased risk of asymptomatic atherosclerosis, which silently hardens and narrows arteries, warns a study. 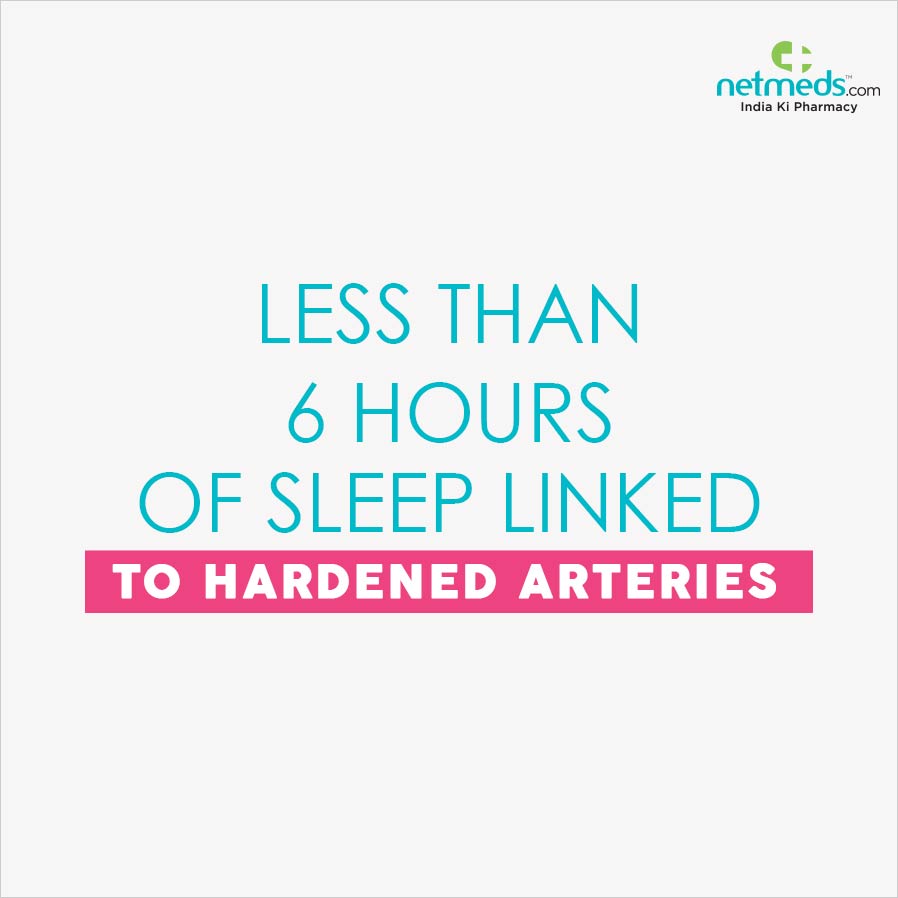 "Failure to get enough sleep and restlessness during the night should be considered risk factors for blocking or narrowing of the arteries," said study author Fernando Dominguez of the Spanish National Centre for Cardiovascular Research (CNIC) in Madrid.

They were divided into five groups according to the proportion of fragmented sleep, and four groups designating average hours slept a night - less than six (very short), six to seven (short), seven to eight (the reference), and more than eight (long).

Atherosclerosis, the narrowing of arteries due to plaque build-up on the artery walls, was assessed in leg and neck arteries using three-dimensional ultrasound.

The average age of participants was 46 years and 63 per cent were men.

The researchers found that those in the highest quintile of fragmented sleep were more likely to have multiple sections of arteries with atherosclerosis compared to those in the lowest quintile.

"Studies are needed to find out if sleeping well and long enough can prevent or reverse this effect on the arteries," Dominguez said.

"In the meantime it seems sensible to take steps to get a good night's sleep -- such as having a physically active lifestyle and avoiding coffee and fatty foods before bedtime," Dominguez added.

The research also showed that people who had short or disrupted sleep were also more likely to have metabolic syndrome, which refers to the combination of diabetes, high blood pressure, and obesity and depicts an unhealthy lifestyle.