Every living being fights to survive and the fittest survive, microbes which because infections are no different. As we try to survive inventing vaccines and antibiotics against microbes, they survive by evoking resistance to them.

Microbes, when stressed, adapt to different hosts (monkey to man, like ebola), different atmosphere and different climatic conditions. Hence, we are under constant threat from either new or refurbish existing microbes. Human evolution requires a long time to adapt to new invaders and so we need to constantly be on the watch to handle these threats.

Around 100 years back, early in 20th century, the average life expectancy of an Indian was around 25 years. Death was predominantly from a single cause, infection. Starvation and poor sanitation predisposed to infections and the poor and debilitated succumbed. Any baby born had a 20% chance of dying before 1 year.

By 1970s life expectancy increased to 50 years and by 21st century life expectancy reached nearly 70 years. Apart from availability of food and improvements in sanitation, the major medical reasons for improved survival are vaccination and antibiotics.

At independence, India hardly had a health infrastructure. But antibiotics were available by then. Health care personnel observed that lives were saved just by a few shots of antibiotics. With limited diagnostic facility, every sick patient was considered to harbour infection and antibiotics were given to anybody visiting a doctor. This practice continues to a significant extent across India despite advances in diagnostic armamentarium in the present era. 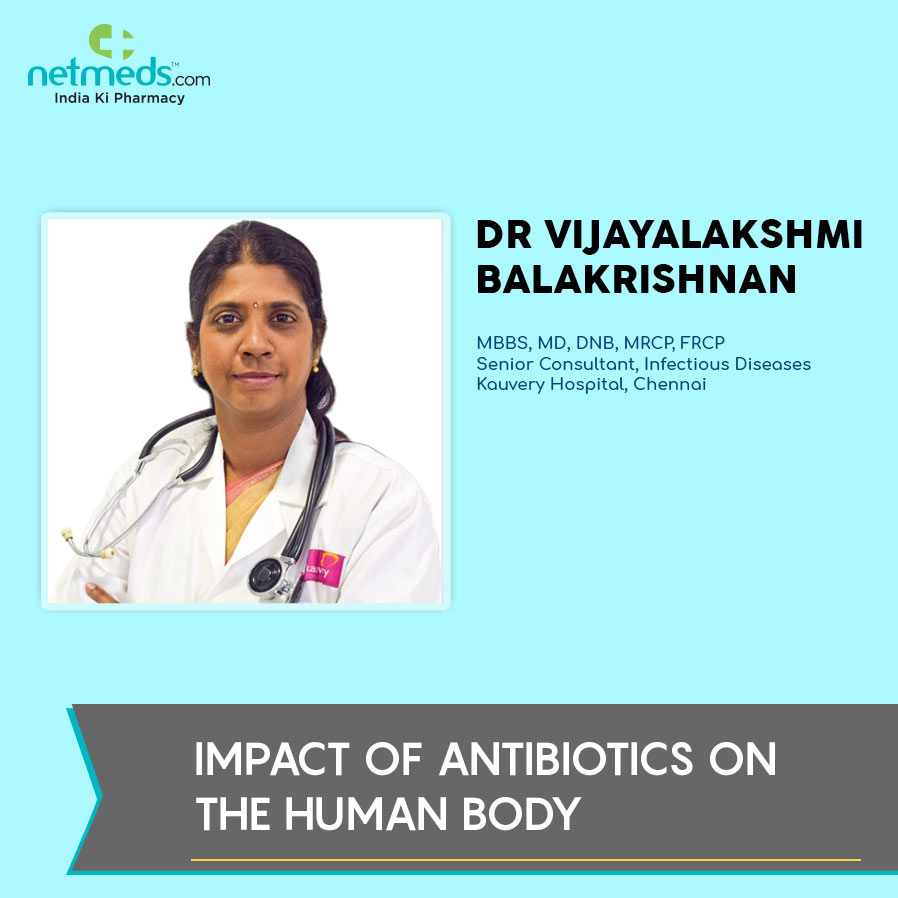 Empirical antibiotic usage is considered cost effective and tests are often not sent. Patients just walk to a pharmacy, purchase antibiotics without a prescription and consume them. There is no restriction on over the counter antibiotic purchase. Unnecessary antibiotic usage maybe to the extent of 30% to 50% across India.

As India developed and became self-sufficient, we have made great strides in health care. We have excellent treatment for almost anything and everything. Our medical care is considered world class. Organ transplantation, newer prosthetic implants, monoclonal drugs for cancers and immune diseases have essentially reversed what was considered practically impossible 20 years back. However, we need to remember that these therapies also impair the body's innate ability to fight infections.

We are a nation where still a significant number of our children die from loose stools and lung infections. Our developments in sanitation has not paralleled with our growth as a nation otherwise. Hence, infections in the community is still high. This obviously increases the outpatient usage of antibiotic, often over the counter and in inappropriate doses. Moreover, to increase yield in animal husbandry and agriculture, antibiotics and pesticides are used recklessly. India is one of the top consumers of agricultural antibiotics worldwide, accounting for 3 percent of global consumption. Antibiotics are mixed in fodder and fed to the animals. These antibiotics essentially reach the surface water. At one end, community infection rates are higher and other end, with antibiotics in the water table, resistant bugs are constantly evolving. Add to that, the lack of control on antibiotic prescriptions and lack of quality checks in antibiotic manufacturing further aggravate the issue.

Resistant infections are constantly on the rise. Most of the infections in Indian hospitals are caused by microbes which normally reside in our food pipe. With constant pressure from the antibiotics reaching our food pipe via food, water, tablets and injections, most of the infections are resistant to the usual antibiotics by the time a patient gets admitted to a hospital. Hospitals end up using broad spectrum antibiotics to save the patient. As the microbes in the hospital environment and the patient’s food pipe get exposed to these broad and potent antibiotics, they further develop resistance against them.  We now come across microbes in hospitals which are practically resistant to every available antibiotic.

A new scenario is emerging now, like for example, a patient with a deadly cancer survives the cancer with the excellent standard of treatment available but succumbs to an infection with a resistant microbe from the hospital. Soon this scenario may shift to patients getting admitted for trivial illnesses also. Antibiotics have saved lives, but they can also take lives. Appropriate use of good quality antibiotics in right dose for right duration for right indications, in both humans and animals is the need of the day. Antibiotic quality checks, limiting antibiotic access for growth promotion in animals and controlling indiscriminate use of antibiotics in humans are mandatory.