Hypochondriasis or hypochondria, otherwise known as an illness anxiety disorder, is a mental health condition, characterised by excessive worrying about one’s own health, despite there being no apparent signs of disease. Hypochondriasis is also called somatic symptom disorder.

A hypochondriac is the term used to denote a person suffering from hypochondriasis. A healthy individual tends to be concerned about their wellbeing only when necessary, whereas a hypochondriac obsesses over their health constantly, leading to high levels of anxiety. Regardless of how minor a health-related complaint might be, like a seasonal cold or a slight headache, a hypochondriac is convinced that he or she is undergoing a major critical ailment. Also Read: Anxiety: Causes, Symptoms And Treatment

The extent of hypochondriasis depends upon the amount of worry and distress it triggers in the affected individual, as well as the degree to which it hampers his or her day-to-day productivity and normal life. 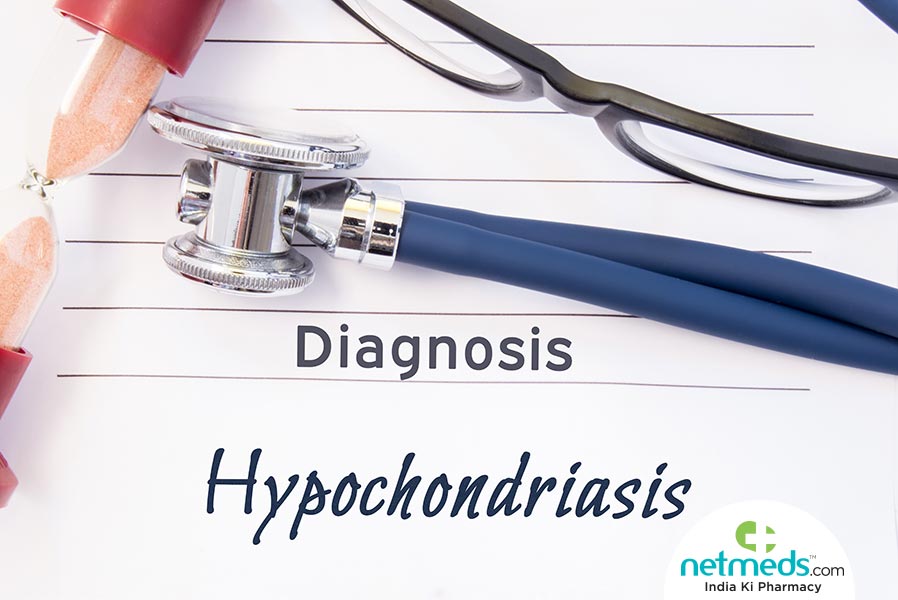 Hypochondriasis is a chronic condition, which, if left untreated, can impair an individual’s physical fitness and mental faculties for life. It is hence strongly advised to consult with a doctor, as soon as any typical indications of hypochondriasis are detected in a person, to obtain pertinent treatment and ensure their complete recovery.

The exact cause of hypochondriasis has not yet been determined. However, certain fundamental factors contribute towards the emergence of this health anomaly in people, which include:

Feeling restless and dissatisfied with simple explanations for usual symptoms, some people look for evidence, to prove a life-threatening disease is ailing their bodies. This, in turn, results in misunderstanding how the organs in the system function and concluding that something is terribly wrong with their health.

Individuals who have parents or close family members with hypochondriasis have a greater likelihood of contracting the illness themselves.

Sometimes, a grave disorder in the past, that resulted in much pain and agony, might give rise to irrational thoughts of developing a perilous health condition once again.

The chances of obtaining hypochondriasis is much higher in people who already have other psychiatric illnesses, like depression, anxiety, obsessive compulsive disorder, to name a few. Also Read: Obsessive Compulsive Disorder: Causes, Symptoms And Treatment

Hypochondriasis generally starts in young adults, at times even in middle-aged people and gets worse as they grow older. In an elderly person, apprehension over forgetting their past, or total memory loss is very often their primary fear.

Certain reasons predispose some people to acquire hypochondriasis more than others. These comprise:

Majority of hypochondriacs are preoccupied about their health and conclude they are sick, owing to only ordinary body sensations like the stomach rumbling, or a minor sign of injury such as a skin rash.

The distinguishing symptoms of hypochondriasis consist of:

The mental health expert, either a psychologist or a psychiatrist, will initially analyse all external physical traits, that might indicate extreme nervousness in the patient. They also conduct a thorough psychological evaluation, to ascertain if any family history or stressful circumstances are instigating anxious behaviour in the individual.

Furthermore, the doctor enquires about any addictive habits, such as alcohol, tobacco or unrestrained substance use, that the patient might have. Finally, the patient is instructed to answer a self-assessment questionnaire, to help the physician gauge how they might react to different situations.

Treatment depends on identifying how deeply the patient is affected due to hypochondriasis and designing therapies to help them eventually overcome anxiety, so they can lead a more productive life.

CBT, also referred to as psychotherapy or talk therapy, is aimed at allowing the patient to speak freely about their symptoms and gain insight into their illogical thinking, so as to provide them with useful tips to alleviate anxiety and handle different situations with ease.

In addition to CBT, the doctor also prescribes antidepressant and anxiolytic drugs to the patient, which modulate neurotransmitter activity in the brain, as well as uplift mood and enhance memory, for their better functioning.

Basic practices such as following a balanced diet, engaging in daily physical exercise, as well as steering clear of habits like drinking and smoking, assist in improving the overall health of the hypochondriac patient, thus guaranteeing they heal entirely. 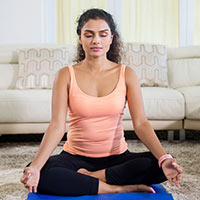 Modern Meditation Techniques For Me..

Let’s agree, we all crave for peace of mind. And we are quite aware how ou.. 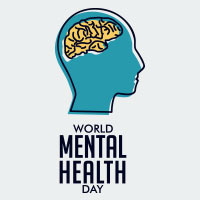 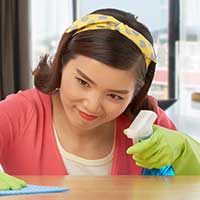 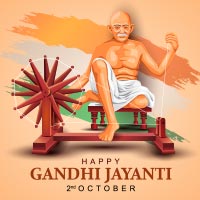 Mahatma Gandhi, the Father of The Nation is a true inspiration for teaching the .. 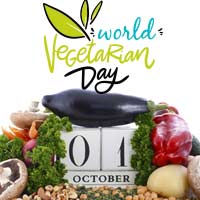 October 1 is observed as World Vegetarian Day, to raise awareness about the impo..